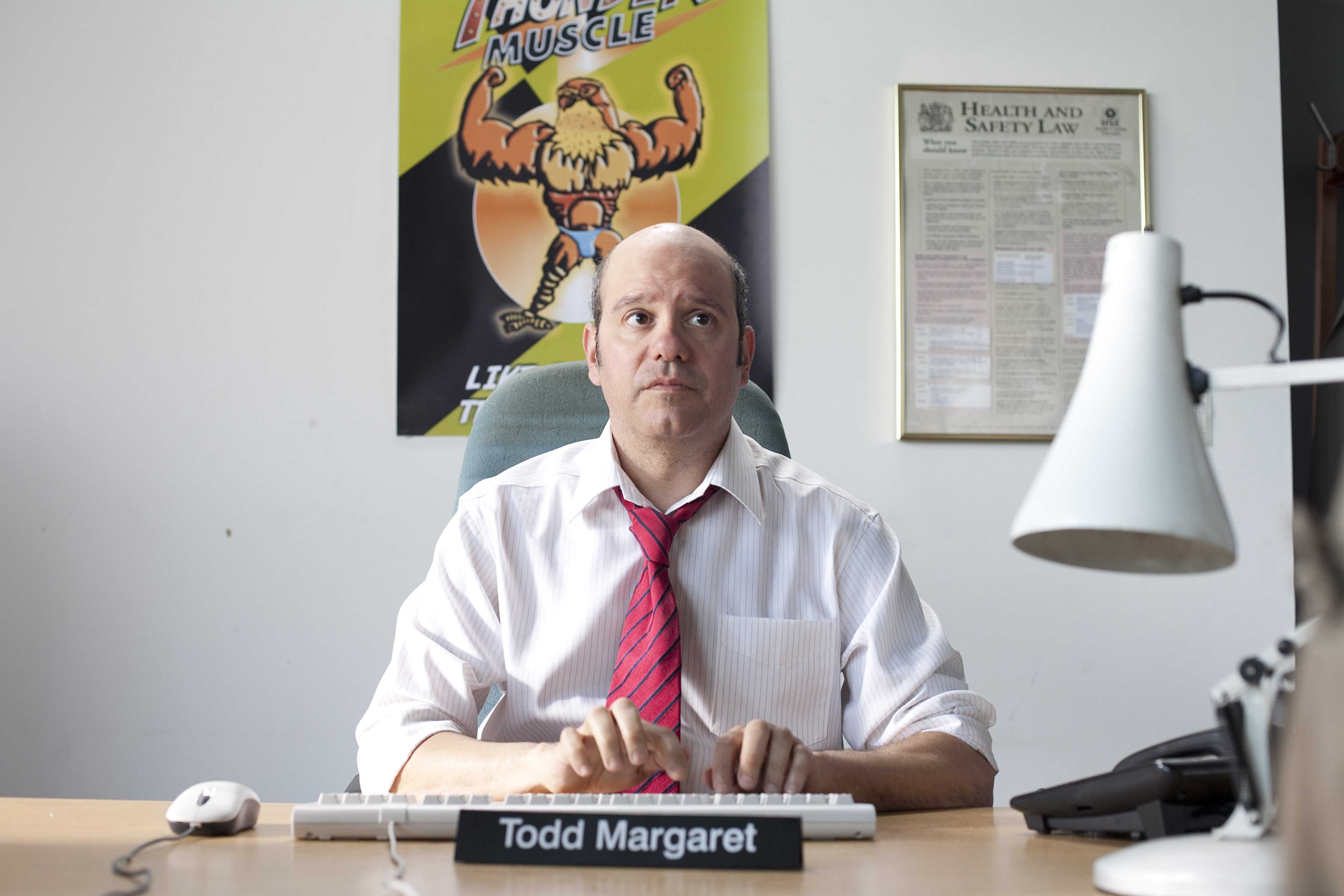 If you are moving overseas for six months, leaving a giant tub of raw tuna on your kitchen floor is probably not such a hot idea.

Ditto for moving overseas to sell a radioactive energy drink direct from North Korea or using a military-grade helicopter to drop sand all over London in a failed publicity stunt. Poor decisions indeed are made by Todd Margaret, the titular character of this British/American crossover comedy. When he leaves his feline best friend at home and heads across the pond to start what he thinks is a new beginning, the stage is set for steady doses of absurdity and laugh-out-loud moments.

“The Increasingly Poor Decisions of Todd Margaret” is an incredibly bold, dark comedy that dares to take on risky subject matter. David Cross plays a lovable loser — something he has made a career out of — working a menial temp job who suddenly finds himself shipped off overseas to head an entire sales division in England, peddling a drink that may be more toxic than your average Red Bull. Todd Margaret quickly finds himself embroiled in the career of a local chef, suicide pacts at the Houses of Parliament and a terror cell operating around the corner out of a convenience store. While many modern comedies try to be offensive to advance the comedic elements, joking about domestic terrorism is a touchy subject for audiences on both sides of the Atlantic. The show’s jokes about truck bombs, terror plots and auto-erotic asphyxiation may turn some viewers off, but what makes the show very watchable — and ultimately great — is that there is never a real sense of danger or suspense, no real risk of innocent people getting hurt.

Fans of the cult American sitcom “Arrested Development” will immediately see the close similarity with Cross’ character from that show, Dr. Tobias Fünke. Cross played the jean short-loving, tender-hearted double entendre-machine for five seasons (and counting) on network television and Netflix. The fact that he can find two successful vehicles for what is essentially the same character is a major win for him. Even fellow comic actors with wider appeal, such as Michael Richards (“Seinfeld’s” Cosmo Kramer) and Matt LeBlanc (“Friends’” Joey Tribiani), have completely failed to achieve such heights.

Many Americans aren’t particularly fond of British comedies, which can often feature dry and offbeat humor that is outside their comfort zone. Our cousins overseas would probably point to many Americans’ lack of cultural sophistication (or even cultural awareness at all, but more on that later). However, the large and brash personalities of Cross and his fellow “Arrested Development” co-star Will Arnett tend to dominate the show’s best scenes and generally outshine their British counterparts. They inject an Americanized slapstick sensibility into the show and throw a cog into the traditional British comedy formula, making the show much more watchable for American audiences. In this season specifically, the addition of Jon Hamm (“Mad Men”) and Jack McBrayer (“30 Rock”) accentuates this contrast even more.

David Cross is not a great actor. There may be some debate as to whether he is even a good one. But like many comedians-turned-actors, he has incredible comic timing and delivery that perfectly fit many of the roles he chooses to take on. Cross got his start in political standup, specifically standup lampooning the average red-state American. It’s interesting that he embraces this stereotype to a high degree in his latest role, playing an American with no cultural awareness or political correctness of any sort. “The Increasingly Poor Decisions of Todd Margaret” shows that comedies can be great by not trying to reject stereotypes but fully embracing them.