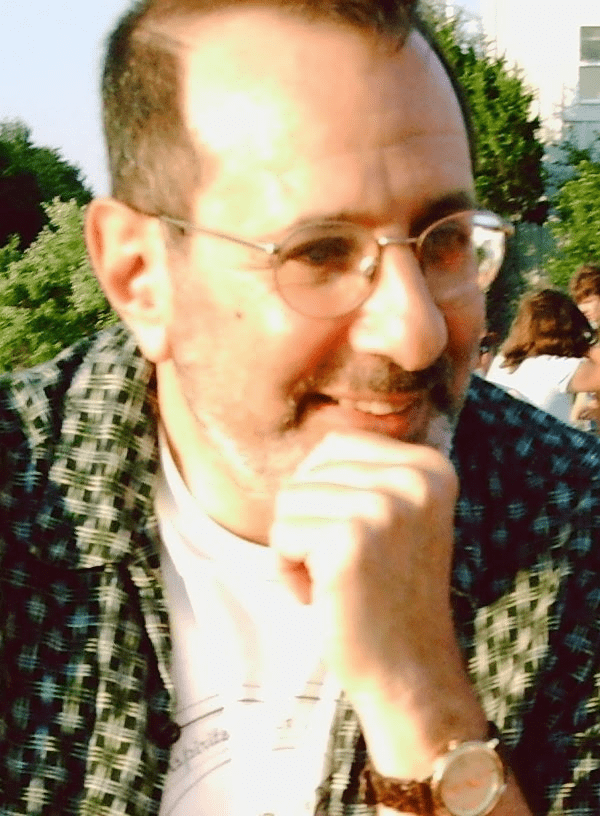 Mel Freilicher is a published author and a lecturer in the literature department at UCSD. He is originally from Yonkers, New York and recalls growing up in a school atmosphere that he describes as “kind of hellish.”

“I went to sort of a rough high school. … Most of the teachers were incompetent,” Freilicher said. “But I always read a lot and eventually went to a good college.”

Freilicher attended Brandeis University in Massachusetts where he majored in psychology while also working at a mental hospital. When a professor with whom he had developed a close relationship decided to move out to California to teach, Freilicher saw an opportunity.

“After I graduated I called him up and said ‘take me to California,’” Freilicher said. “So he did.”

In California, Freilicher went to graduate school studying literature at UCSD. He began writing in a more disciplined way, developing an interest in historical figures.

“I was a TA for a number of years. … I was doing my own writing at the time so I just thought if I could keep teaching, I could support my writing.”

During this time, Freilicher also carried on a number of other projects including some performance art, publishing a magazine and involving himself in grassroots politics — all before becoming a professor at UCSD.

He has published several books throughout the past decade. His works mostly concern accounts of historical figures and events, “intertwined with some fairly outlandish fictionalized anecdotes.”

“Encyclopedia of Rebels,” his most recent book, is the story of a college teacher and activist who interacts with prolific historical figures known for fighting tyranny. “Unmaking of Americans: 7 Lives,” another one of his works, examines the lives of seven, as he describes them, “kind of tragic but great figures,” including Bayard Rustin, Margaret Fuller, Margaret Sanger, Billy Strayhorn, Dorothy Dandridge, Joey Stefano and Bettie Page.

“They each had successes and triumphs but because of their color, sexuality, or both, were sort of edged out of real success. … A number of them died in very sad, even gruesome, circumstances,” Freilicher said.

“If you can read and write coherently, organize thoughts and information, you have real skills. I think a lot of people who are only trained in business or engineering can’t do that.”

When asked about the importance of humanities in education, Freilicher was staunch in his defence of them.

“If you can read and write coherently, organize thoughts and information, you have real skills. … I think a lot of people who are only trained in business or engineering can’t do that.”

The conversation soon turned to UCSD’s observable cutbacks in the humanities department.

“I think what’s happening in the literature department is that a lot of people who retired are not being replaced,” Freilicher said. “In the past there was enough money that if someone retired, they could hire a new person. … Now they aren’t only eliminating full-time teaching positions, but they are eliminating subject matter, especially in the languages.”

Freilicher believes there to be an “administrative emphasis on not wanting to fund small classes.” He quickly adjusted his statement saying, “I’d imagine if there was a small astrophysics class that it would be funded.”

This gradual aversion to humanities is not an isolated trend. A prestigious college education is becoming an increasingly vital component to landing a job, and Freilicher observes a general fear that humanities won’t lead to a good job. Ultimately, Freilicher understands the fear, even if he doesn’t believe it’s accurate.

“The economy is awful, and in fact there aren’t enough jobs for people. … But to me, school has become kind of instrumental — it’s all about job training,” Freilicher said.

Freilicher also understands that an individual’s life experience extends beyond their occupation.

“If people don’t get good analytical skills here and some stimulation of how to think creatively, I don’t think they’ll ever get it,” Freilicher said. “They’ll just sort of be trapped in a box.”

When asked why it is important for students to take humanities classes, Freilicher commented that they guide students in questioning their assumptions.

“These courses can be so significant because they cause people to examine their own taken-for-granted assumptions, and the frames of reference with which they’ve previously been taught to view the world,” Freilicher said. “Once you start asking questions about the basis of your own analyses and understanding of history, culture and politics, there’s no turning back!” [icon name=”stop” class=”” unprefixed_class=””]