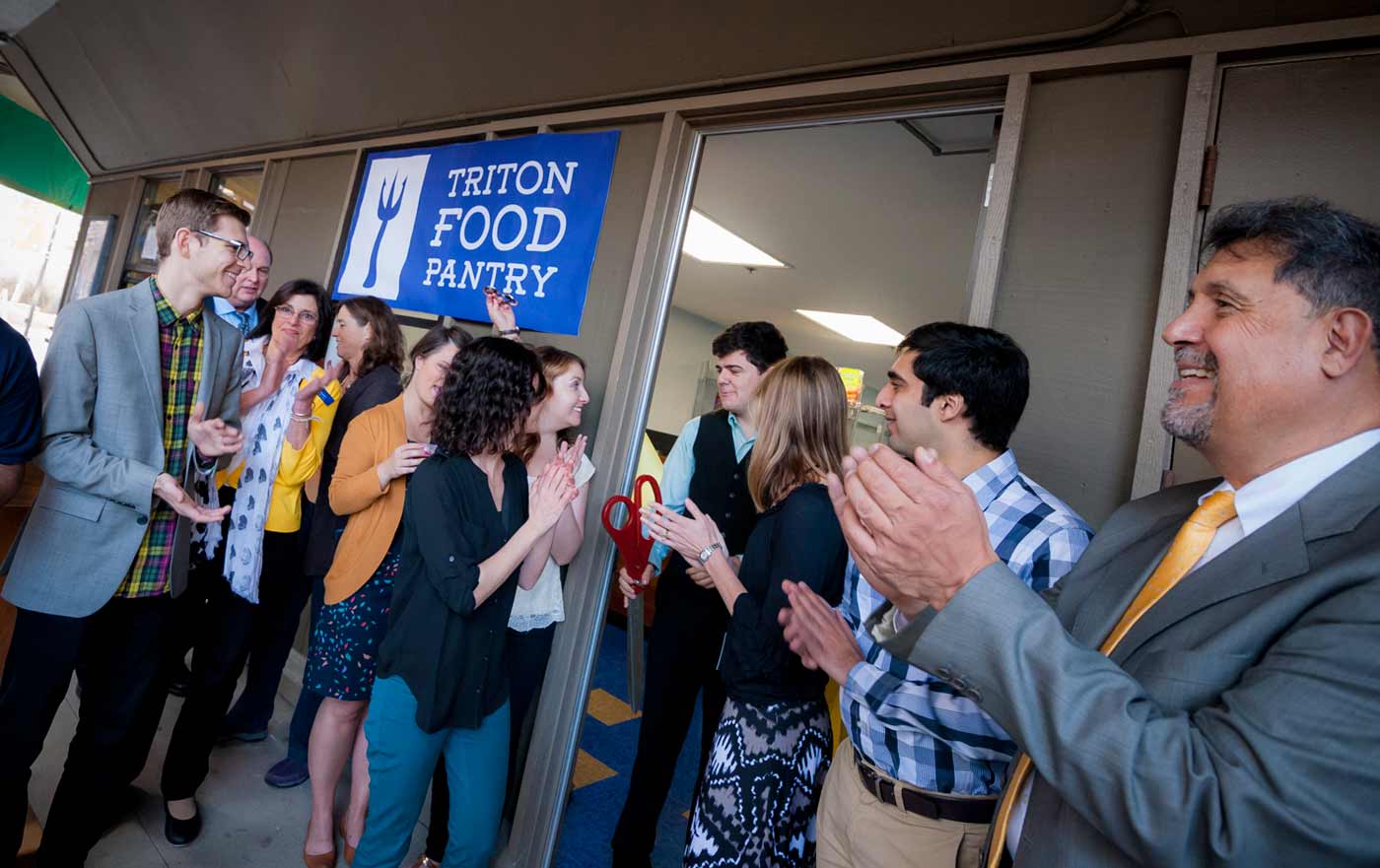 CalFresh, the California version of the Supplemental Nutrition Assistance Program, provides assistance for the purchase of food, and existing federal law allows those on CalFresh to spend benefits at restaurants through the Restaurant Meals Program, which counties may choose to participate in. As a result of AB 1747, public and private universities in participating counties are now required to apply to be food vendors under the program, allowing students to use CalFresh benefits at dining halls, and provide contracted vendors with information on the program.

According to UCSD Spokesperson Christine Clark, Housing, Dining, and Hospitality has been preparing for the possible implementation of AB 1747 since Jan. 2016 and has already introduced a similar program on campus.

“HDH rolled out accepting EBT/CalFresh Benefits at the Village Markets in our North Campus in June of 2016, where we tested and processed transactions at the end of Spring Quarter and over Summer Session,” Clark told the UCSD Guardian. “This system is now in place and EBT/CalFresh funds are accepted for all edible food items ‘excluding prepared hot foods.’”

In addition to incorporating on-campus facilities into the Restaurant Meals Program, AB 1747 establishes the Public Higher Education Pantry Assistance Program Account in the Emergency Food Assistance Program Fund, which would allocate funding to food banks that support on-campus food pantries and other hunger relief for low-income students. It further mandates that the California Department of Social Services serve as the state entity for receiving federal reimbursement for CalFresh outreach activities on behalf of state or local agencies.

“Funding assistance to surrounding food pantries, as well as the Triton Food Pantry, will increase our ability to help students of all backgrounds who are in need,” Le said. “It is heartening to see support from our state legislature.”

Clark also explained that HDH has worked with the Triton Food Pantry in the past to help reduce student hunger and plans to bolster that relationship in the future.

“HDH supports the Triton Food Pantry by coordinating Food Donation Drives at Move Out in October as part of the Colleges Rock Hunger Campaign, and HDH has also donated used equipment and provided assistance with ordering additional equipment for the food pantry,” Clark stated. “We look forward to strengthening our partnerships this year.”

According to a press release issued by her office, Weber was inspired to write the bill after witnessing an intern struggle with hunger and listening to student testimony at the Hunger, Homelessness, & Homework informational hearing she held at San Diego State University last November.

“The stories of students living in their car[s] and maybe eating once a day – or even less – were disturbing,” Weber said in the statement. “Students who are hungry can’t think, can’t write, can’t read and can’t learn.”

Le said that while the efforts to end student hunger will not end with AB 1747, the legislation is a step in the right direction.

“Though there is much to be done so that students can focus on their education while maintaining their health, AB 1747 will make our work that much easier.”

The bill passed 67 to 13 in the Assembly and 30 to seven in the Senate, enjoying bipartisan support.