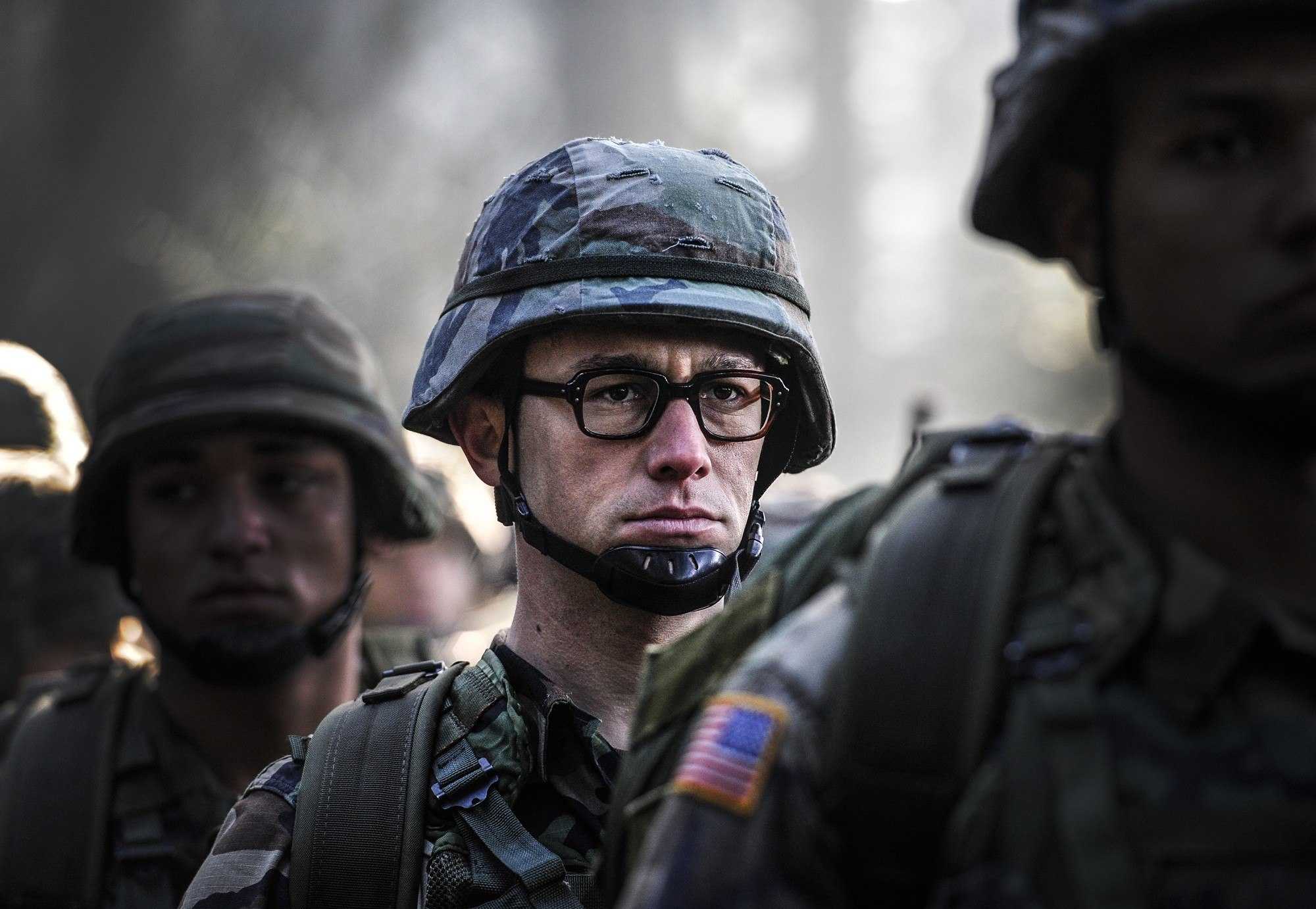 If you’ve always wanted to see Joseph Gordon Levitt sport an earth-tone zip-up hoodie, bashfully avoid photographs or speak in an affected “engi-nerd” accent four octaves below his natural speaking voice, this film is probably worth your time. Everything in “Snowden” is undyingly on the nose. The score is sweeping and theatrical, and when it blooms loudly while Levitt is typing, it is hard to think the filmmakers aren’t making some sort of cruel joke at our expense. The performances are all mediocre, except for Hank Forrester (Nicholas Cage), who is at his personal zenith as a cagey ex-spy loose cannon who must reveal the dirty truths behind the intelligence world to a young Edward Snowden. This all might have made sense if it had been a movie created expressly for television, and obviously without the high-wattage movie stars at its center (Joseph Gordon Levitt and Shailene Woodley), who are only there for their global marketability.

However, because of the subject matter, “Snowden” should not be judged as a self-contained entity. Any movie which takes on such ambitious subject matter must justify its very existence before it tries to do anything interesting. “Snowden” doesn’t attempt either. Here, the content is an account of Orwell’s nightmare realized in America, but the fact that the whole project exists at all is somberly in line with Huxley’s parallel prophecy of decadence, entertainment and exhaustion.

Edward Snowden has been deemed a hero by public intellectuals as famous and respected as Noam Chomsky, dismissed as a mere hacker punk by political actors as prominent as the president, and called a traitor by the country at large. He’s been the subject of endless editorials and has succeeded in engendering a desperately needed moment of public discourse about the balance between American security and safety after Sept. 11. Most recently, he has been deemed a good source of fodder for a global B-movie biopic drama, where Ed Snowden finds himself in good company. “Snowden” follows in the ultramodern phenomenon of public figures and cultural engineers like Steve Jobs, Mark Zuckerberg and Stephen Hawking seeing their entire personhood and vast influence being turned into a movie, a movie which perhaps exists simply so that it can be promoted on the surfeit of broad yet sarcastic late-night talk shows.

But “Snowden” was made to exist on a much lower level than these three movies. “Snowden” lacks the witty dialogue of “The Social Network,” the tight storytelling of “Steve Jobs,” the beautiful performances featured in “The Theory of Everything” and the overall tact, class and appropriate seriousness of all three. Given the weight of the topic, this film is not just “un-” but “anti-” serious, as crass as anything Adam Sandler ever did. “Snowden” is infinitely more dangerous than any of the dross Adam Sandler created. Trash films will never be poised to further lower the level of public discourse in this country in the way that “Snowden” is right now. The blockbuster is clearly too low of an art form to deal with such important questions, and it should not be taken seriously as a medium for really meaningful debate. These biopics exist in the greater vein of our most significant historical moments being turned into major big-budget scripted movies. These sorts of films are enjoying a heyday in terms of both volume and quality, with “Spotlight” and “The Big Short” being Oscar nominees last year.

Those films, while tragically exploitative, at least possessed the saving grace of being artful. In a worldwide debate about freedom, American exceptionalism and security, this lame movie gets the last word. We should all take a moment to be sad.