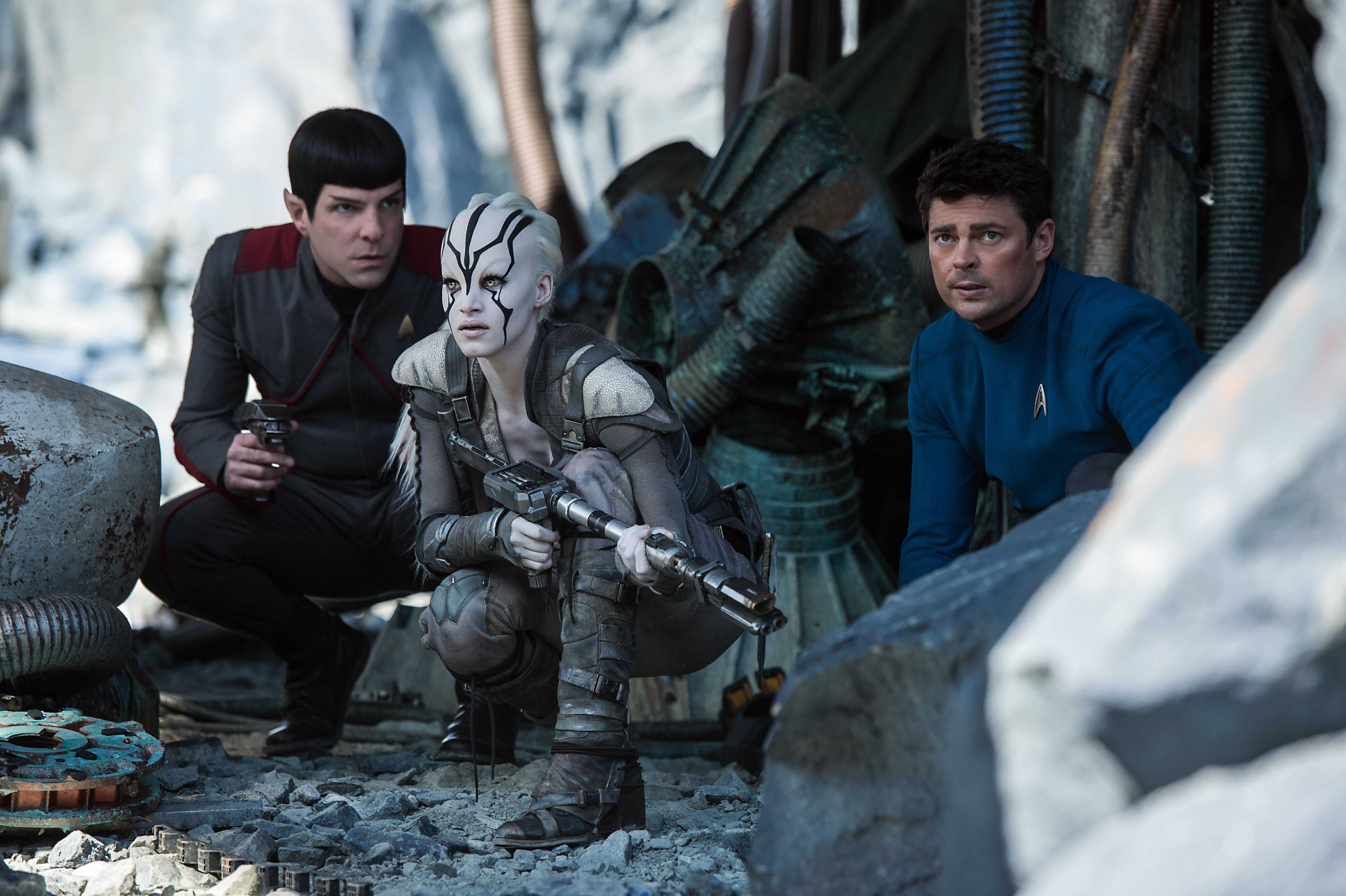 The trouble with assumptions is that they so often go unfulfilled. Go to a performance once and you’ll return for the second show, expecting a similar experience. Multiply these assumptions a thousand times over, and you have the cultural framework surrounding “Star Trek.” Popular media exerts its own gravitational pull, unerringly drawing upon the continued patronage of its subjects. So is “Star Trek Beyond” a good film? Perhaps.

It certainly has a welcoming zest and enthusiasm hitherto absent from the reboot series, especially J.J. Abrams’ dour “Star Trek Into Darkness.” The cast has found its sea legs and establishes a warm and familiar repartee. James T. Kirk (Chris Pine, reprising) and his crew don’t merely pantomime a path through friendly interactions and bold declarations of loyalty. They care, and the starship Enterprise is their home. It’s a pity, then, that it ends up in smithereens by the close of the first act.

The camerawork and cinematography are adequate; Justin Lin’s previous work on the “Fast and Furious” films far outstripping his efforts here. Thankfully, writers Simon Pegg and Doug Jung have cued into the franchise’s actual appeal, which lies in dense character work. It’s telling that even the most streamlined “Trek” feature ultimately draws its plot and pace from the neuroses of its characters — here, Kirk grapples with what can only be described as existential ennui. He’s found himself increasingly lost in the everyday inanity of his work. The cosmos is infinite — the duration of a single person’s life, however, is not.

Idris Elba’s snarling Krall provides the beleaguered captain with a task worthy of his considerable talents. When Krall’s followers capture Kirk’s crew, he must gather up the remnants of the bridge team to bring battle to the alien dictator. Chief Engineer Scottie crosses paths with newcomer Jayla (Sofia Boutella), whose own people were also destroyed by Krall, and the two begin to plot a counterattack on Krall. Sadly, the other crewmembers, like Nyota Uhura and Hikaru Sulu (Zoe Saldana and John Cho, respectively) are given little to work with, their roles notably reduced in “Beyond.” Pavel Chekov (the late Anton Yelchin, to whom the film is dedicated) is particularly underserved by the narrative.

Spock (Zachary Quinto) and Leonard McCoy (Karl Urban) fare slightly better, though the former’s struggle over the destruction of Vulcan is only perfunctorily covered by a plot hell-bent upon racing on ahead. Nonetheless, the heady mix of camaraderie and conflict makes for an appealing adventure. It’s curious, though, that for a genre film ostensibly concerned with space, “Star Trek Beyond” spends a great deal of time grounded.

The struggle that lies at the heart of “Beyond” isn’t Krall, however — it’s the tenuous negotiation of what “Star Trek” was and what Paramount wishes it to be. The franchise has never fared well in high-octane action settings, but the studio seems quite content to continue shoehorning the barest outline of “Trek” into two-hour premiere features. It’s worked quite well so far, judging by the excellent box-office returns Paramount has reaped in the past six years, but the process strips the series of its ineffably philosophical nature. On the playing field of silver-screen cinema, “Trek” cannot hope to compete with giants like “Star Wars,” unless directors and writers sacrifice the very core of what creator Gene Roddenberry originally intended.

“Star Trek Beyond” is a satisfying movie on its own terms, certainly — filled with generous popcorn enthusiasm and a tender appeal one rarely sees in similar productions — but it’s a strange sort of creature, sewn together from ill-fitting pieces.