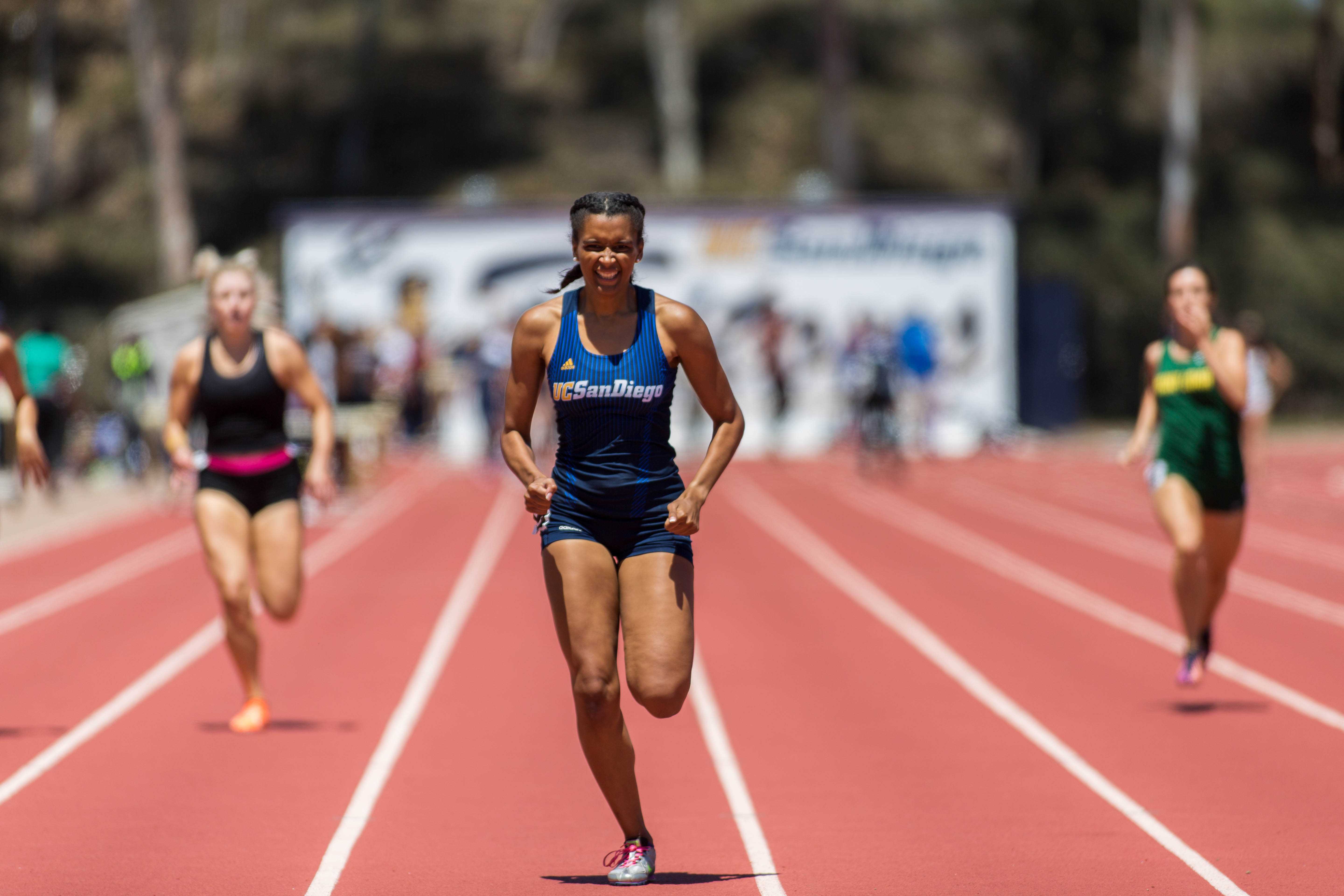 Six individuals from UCSD’s track and field competed in the NCAA Division-II Championships this past week. Three males and three females traveled to IMG Academy Stadium in Brandeton, Florida, where they participated in the three-day competition. The event marked the final outing of all 2015–16 Triton athletics.

Thursday’s opening day involved four Tritons. It was highlighted by sophomore Matt Bowen’s performance in the long jump. With a 24’5.5 on his third jump, Bowen was able to leap from 18th place to 10th, his athleticism earning him a spot on the All-America Second Team. Bowen, however, was unable to get a higher score in his next three jumps.

Graduating senior Paige Hughes completed the 10,000m race in 37:16:04, placing her at 18th. Hughes’ athletic career spanned three years, and she has received numerous awards and recognition for her efforts. She placed seventh overall at the Triton Classic after running six kilometers in 22:26:07 and competed in three conference championships.

Junior Chrissi Carr, however, failed to clear the beginning height of 11’11.75 in the pole vault and,  after three unsuccessful attempts, tied for 20th place.

Golubovic was the only Triton to compete on day two of NCAA Championships, where he added 3,664 points on the day and nine spots in the ranking. In total, he scored 7,116 points and finished sixth overall, earning him an All-America performance. He won second place while shining in the discus throw and pole vault, throwing for 137’4” and clearing 15’1” respectively. He also finished third in the javelin throw with 187’. Golubovic improved remarkably compared to last year’s decathlon NCAA Championships, having only finished in 12th.

Three Tritons partook in the final day of the NCAA Championships. Junior Savanna Forry leapt 5’5.75” in the high jump, good enough to tie for 11th place, and managed to clear the opening height in one attempt while taking three in 5’5.75”. However, her efforts were in vain as she was unable to clear 5’7. Nonetheless, her performance gave her All-America Second Team honors the second year in a row.

Golubovic competed in the pole vault but was unable to record a height and, after failing three times to clear the opening height of 15’10”, tied for 15th.

Senior Antony Capitulo claimed 17th place for the second year in a row in the javelin throw. His first throw recorded a mark of 183’9; on the second, he improved to 194’1, and he fouled on the third.

UCSD athletics came to an end along with the NCAA Championships. Competition will surely increase as Tritons look towards moving to Division I.