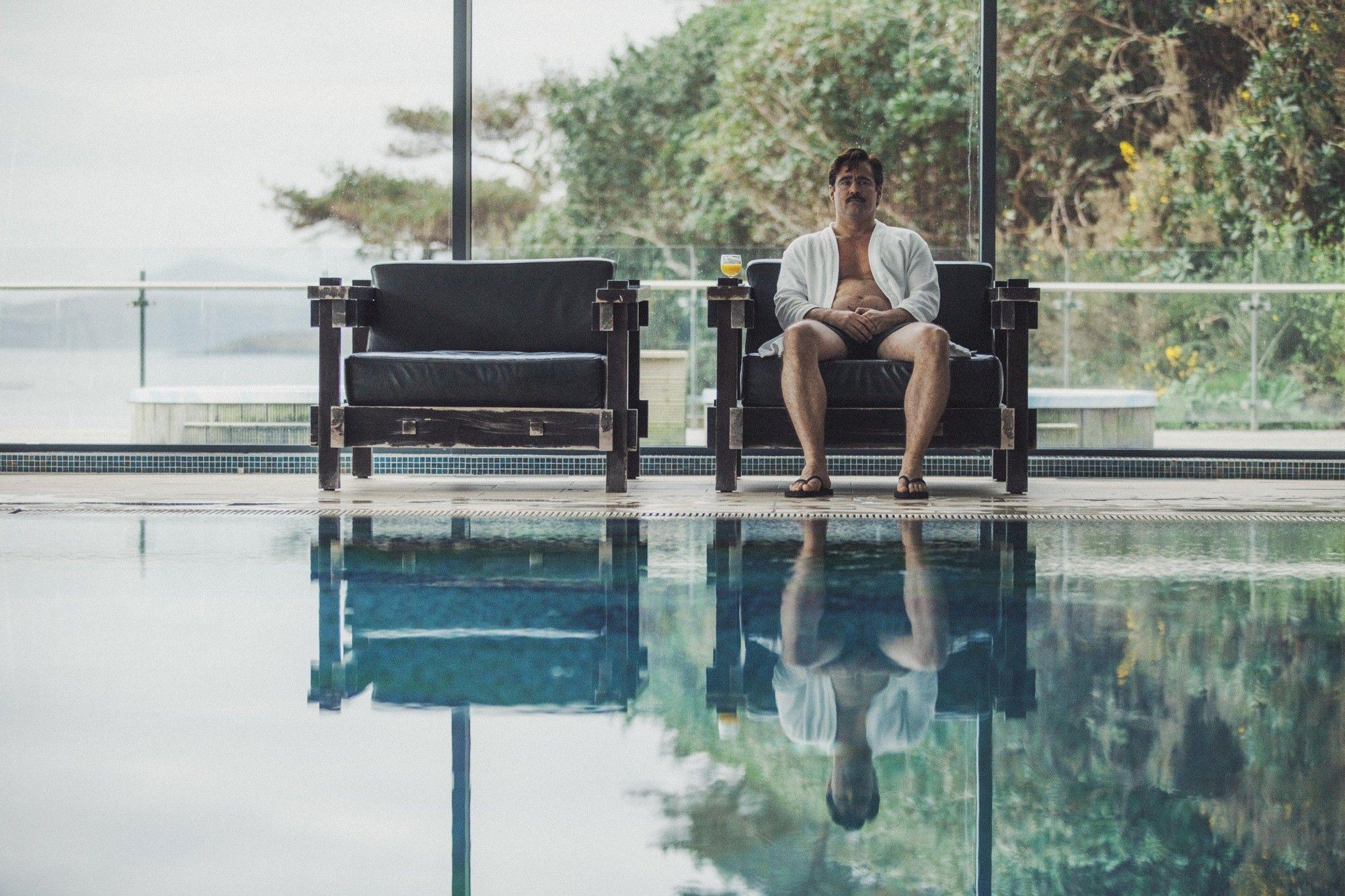 A drinking game: If you were turned into an animal, any animal, which would you choose? For Greek director Yorgos Lanthimos’ newest bizarre film, “The Lobster,” this scenario is not merely an amusing game his characters play. In his absurd, minimalistic world, single people are banished from “The City” and sent to “The Hotel,” where they are given 45 days to find a mate before they are transmogrified into an animal of their choosing.

Like in his previous (and equally absurd) films, “Dogtooth” and “Alps,” Lanthimos is intent on deconstructing the social rules that govern our lives by placing his characters under a whole new set of bizarre conventions and seeing how they function. It’s similar to the way filmmaker Luis Buñuel and novelist J.G. Ballard craft their high-concept stories. Except in this case, the focus is on the arbitrary rules of romance.

For the film’s protagonist, David, played by a pot-bellied and wonderfully innocent Colin Farrell, his choice of animal is obvious: a lobster. His reasoning? “Because lobsters live for over 100 years, are blue-blooded like aristocrats and stay fertile all their lives. I also like the sea very much.”

This deadpan acceptance of the bizarre dominates the film and makes for some truly unique dark humor. Characters in “The Hotel” sit in on lectures that bleakly detail the benefits of having a romantic partner, including the hotel staff indifferently miming what would happen if you were to choke on a chicken bone without somebody around to help. Scenes like this, that make romance seem like the most boring of game theory exercises — and the hotel a work convention at which Kafka would salivate — are the heart of the film. They turn “The Lobster” into a non-stop skewering of human relationships.

Perhaps the most genuinely humorous part of this is how the characters in the hotel try to find potential mates by searching for “defining characteristics” — superficial similarities in others that might lead to romance. One of the residents, a limping man (Ben Whishaw) is dejected when he realizes that a woman with a limp is merely sporting a sprained ankle rather than a serious and permanent condition. Eventually, he resigns himself to bashing in his own nose, in order to win over the affections of a young woman (Jessica Barden) who is prone to constant nosebleeds. For a generation that spends hours searching for and projecting superficial similarities on Tinder and other social media sites, this should ring painfully true.

It’s all very clever, beautifully shot in Ireland, and with wonderfully absurd performances. But at two hours long, it does become a little excessive in its cruel cleverness, and like many high-concept narratives, fails to justify itself. It begs the question of whether Lanthimos really has anything to say or is simply laying into social conventions mercilessly without caring whether the film is meant to be an allegory or not.

“The Lobster” does switch things up a bit in the second half, as David escapes the captivity of the hotel to joint the “Loners,” a militant group of singles who refuse to find partners, and indeed cruelly punish each other if they ever show any inclination toward romance. It’s the age-old counterpoint of liberation being just as stifling and cruel as the status quo. Of course, it’s also just at this moment that David encounters a real romance, with another loner (Rachel Weisz).

However, Lanthimos is clearly not interested in moving toward some type of catharsis here. Rather, it sticks to the course, treading over the same worn-out ground. When the inconclusive and anticlimactic ending comes, and we are ejected from Lanthimos’ cruel world-in-a-bottle, we wonder if the whole thing wasn’t just a pro-crustacean propaganda piece.