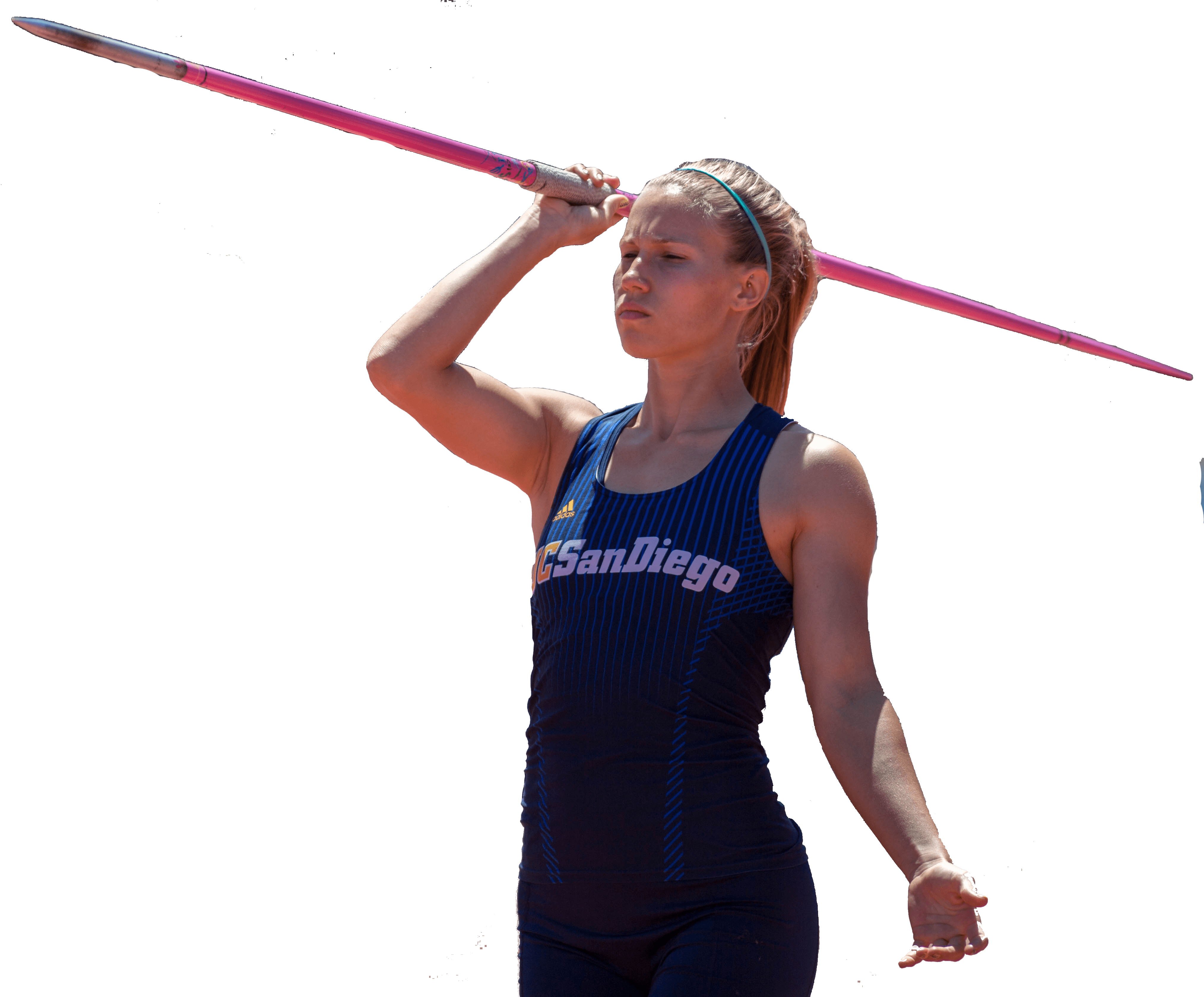 UCSD was back at the California Collegiate Athletic Association Championship up at Cal State Los Angeles. The men were defending their title acquired the year before and returned many of the same competitors. Both teams could not get over the hump, however, as they both took a step back to Chico State and finish

Thursday was the first day of competition for the UCSD track and field team, which was hosted by Cal State Los Angeles. Both the men’s and women’s teams competed in their respective events: the decathlon, heptathlon, hammer throw and javelin.

Redshirt junior Dan Golubovic was the standout performer as he took the crown in the javelin event, giving him his second CCAA title of his career. The final throw, his most impressive, reached the 197’6” mark. The Tritons have owned the event for the past eight years, as they continue to produce outstanding performances time after time, with Golubovic succeeding the Howe brothers, who won the past seven years. Golubovic’s teammates also performed well: RAnthony Capitulo finished third (194’3”), while Travis Vandegriff finished fifth (193’).

In the women’s javelin, senior’s Ellexi Snover and Haley Libuit finished fourth and fifth. Junior Savanna Forry competed in the hammer throw and was able to finish in seventh after a throw of 152’5”.

After day one, the women sat in third place with 11 points. The men also were in third place, but with 31 points, after the javelin win.
Day Two

Senior Paige Hughes took over the 10,000 meter event on Friday as she brought home the victory with a time of 36:03.42 to claim a glorious three peat in the competition. Triton teammate Skylar Thiel finished eighth with a personal best time of 37:44.85.

After the second day, the Triton men moved up to second place with 52 points, only behind the 93 points put up by Chico State. The women finished the day in second with 38 points, with Chico State in first with 50 points.

Golubovic once again was victorious, this time in the pole vault after he cleared a height of 15’7.25” on his third attempt. Sophomore Devin Stetson (11’8.5”) finished fourth. His counterpart, junior Chrissi Carr (12’2.5”)  finished second in the women’s pole vault.

Junior Savanna Forry outdid the competition in the high jump as she cleared a height of 5’4.25” to win the title. The men placed well in the event as well as Cook (6’7”) second, sophomore Brett Molster (6’5”) third and both sophomores Ruthvik Sunilkumar and Raymond Silver took fourth (6’3.25”).

Another Triton runner-up was freshman Nicholas Rack in the 110-meter hurdles with a 14.67 finish. Meanwhile in the 400-meter hurdles junior Markus Woods (55.13) and Rack (59.40) finished fifth and sixth. Freshman Helen Tade rounded out the top three with a personal-best time of 14.73 in the women’s 100-meter hurdles.

The men got a total of 190 points, which was not enough to repeat as CCAA Champions. Chico State reclaimed its crown and has now won 13 of the last 14 titles. The women, like the men, finished second to Chico State, with 137.66 points.
Next up, a few Tritons will head to Santa Barbara for the Westmont All On the Line Open as they attempt to extend their season and earn a qualifying mark to the NCAA national championships.