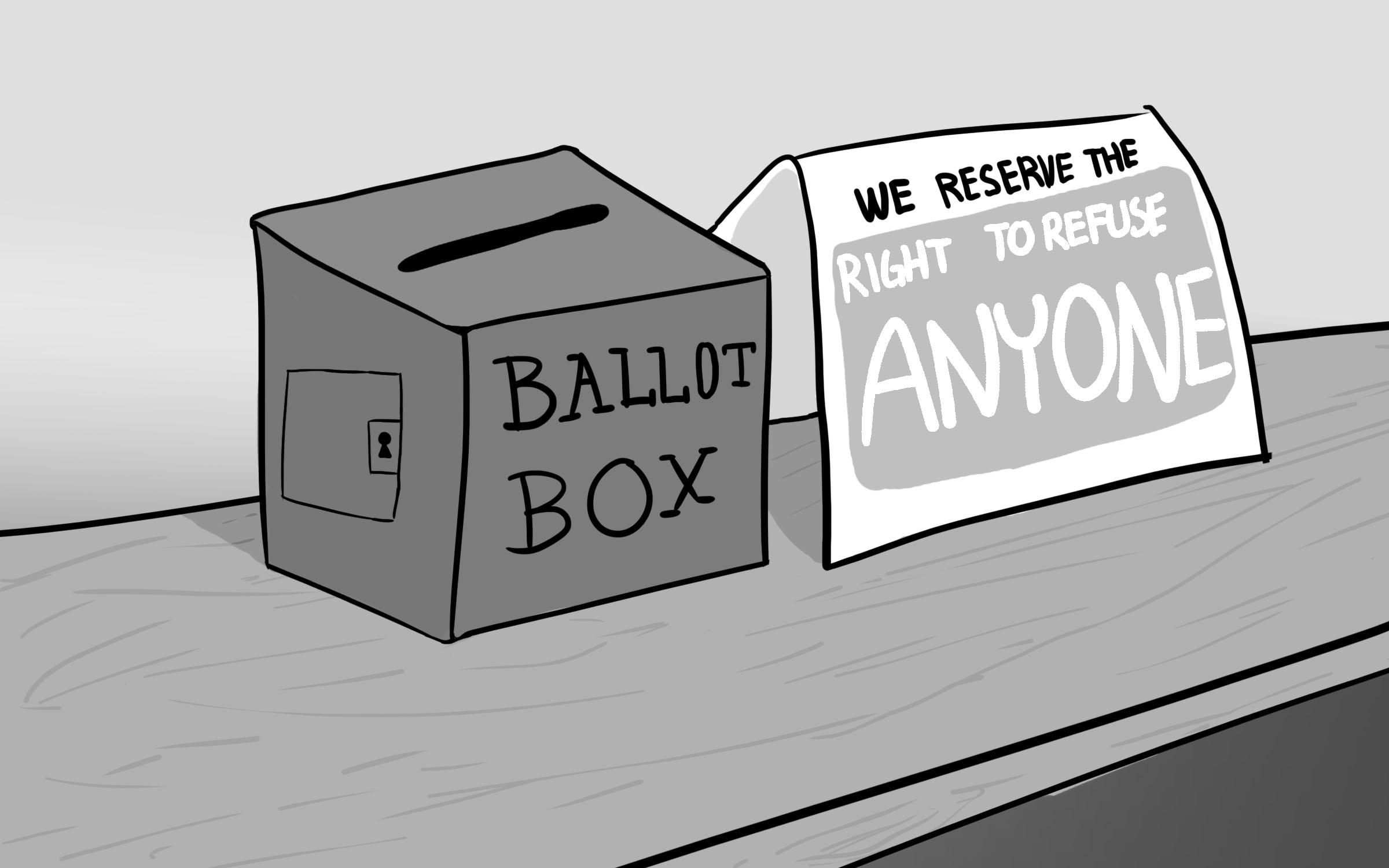 Virginia Gov. Terry McAuliffe’s recent executive action to restore voting rights to felons who have completed their parole or probation is a reassuring step in an unfortunately long history of U.S. voter disenfranchisement. As one might expect, voter suppression laws are designed to reduce the number of votes a particular group casts, usually African Americans. In the past, this has been achieved through overtly racist laws and scare-tactics against communities of color. These legacy laws continue to exist in many states and, in recent years, have come under scrutiny as the true racist intentions of these laws comes to light. Blocking felons from voting is one such example, and Gov. McAuliffe’s executive action is a positive step toward ending discriminatory and outdated laws.

Prohibiting felons from voting has its origins in the American South during the 1860s and 1870s when former slaves first attained the right to vote. Immediately following the passage of the 15th Amendment — which prohibits voting discrimination on the basis of race — anti-voting laws exploded in the Southern states, largely as a way to curb the African-American vote. These laws included mandatory literacy tests, gerrymandered districts and criminal disenfranchisement laws, all of which substantially discouraged black voters. During this time, Southern politicians openly sought to justify white supremacy through whatever means possible, usually through a combination of violent fear tactics and legal reasoning for segregation. These politicians passed laws prohibiting people alleged of “moral failings or mental deficiencies” from voting and exercising their constitutional rights. In order to persuade the poor white populace to support these laws, politicians only applied these laws to African Americans, not the white voters.

Although politicians are no longer technically favoring white supremacy, many support ideas that originated from these racist beliefs. Laws designed to prohibit felons from voting, for example, disproportionately affect African-American men, who comprise 37 percent of all U.S. prisoners, according to Department of Justice statistics. Conversely, African-American men make up less than 6 percent of the national population, a very alarming disparity. Furthermore, laws continue to be unfairly applied to African Americans, who are three times more likely to be searched during a traffic stop compared to white citizens. As unfair racial biases are still very much present in our justice system, African Americans are more likely to be arrested for a DUI, even though white communities have higher levels of alcohol abuse and admit to driving drunk more frequently, according to the National Highway Traffic Safety Administration. These inconsistencies lead to higher rates of arrests and convictions of African Americans, subsequently reducing the number of eligible black voters.

In addition, business sectors that rely on prisons for income are heavily supportive of a system that seeks to keep a portion of its population incarcerated, solely on the basis of race. The prison-industrial complex, aptly named for the large number of industries that support our prison system, encourages hefty and expensive prison sentences for the sake of ensuring profits. For example, the Corrections Corporation of America  — a private-prison lobbying organization  — has donated more than $10 million toward candidates in favor of harsh drug sentencing laws according to the Washington Post. As a result, these donations severely reduce the number of eligible African-American voters, benefit businesses that exploit the labor of prisoners, and encourage the belief that people deserve lasting and permanent punishment for their crimes.

Despite arguments that felons make up too small of an electorate to determine an election, some evidence suggests that felons could have changed the outcome of the 2000 presidential election. In that year, Florida had roughly 827,000 disenfranchised felons who were unable to vote in the election, and the destined candidate of Florida’s votes — George W. Bush — was decided by fewer than 1,000 votes, according to Federal Election Commission statistics. Like the vast majority of states, these felons were predominantly African Americans, who have been shown to vote overwhelming Democratic. Had they been able to vote, it is quite probable that Al Gore would have won Florida, and therefore the 2000 presidential election. This is an unfortunate instance of how racially-biased laws can severely undermine our democracy and change the course of history as we know it.

Ensuring that felons retain the right to vote is an essential step toward removing racial prejudice within the United States. A voting system is blatantly undemocratic when one in eight African Americans was barred from voting in 2014 due to a criminal past, according to ABC News. According to KQED, 10 additional states currently permanently strip felons of their voting rights, and the number of disenfranchised felons has grown to over 1.5 million in Florida alone. Denying such a large percentage of an electorate the right to vote ultimately reduces voter participation in our democracy and builds resentment and distrust of our political system. More states should follow Gov. McAuliffe’s example and begin to restore voting rights to those who have served their time, so that they can embrace their rights as citizens of this country.