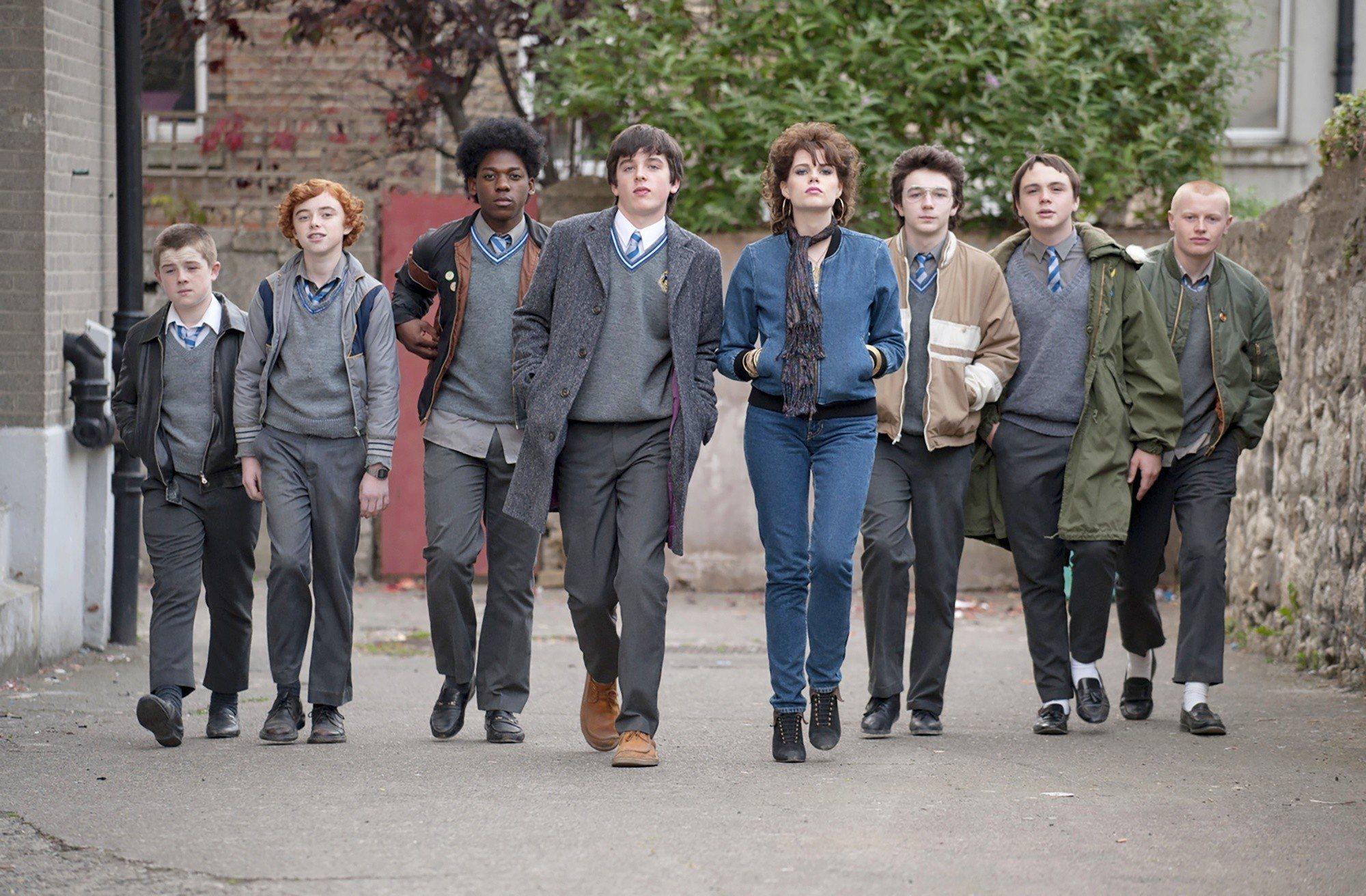 A famed philosopher of the MTV age once sang “video killed the radio star,” and John Carney’s “Sing Street” is a tribute to that unequivocal truth. It’s what some might call a return to form for the director, landing closer to his previous work in “Once” and paving the way for some lively musical numbers set against the backdrop of Dublin circa 1985. In this respect, it’s another highly personal entry, and Carney does well to grab hold of the coming-of-age narrative.

Our main point of interest is Conor (Ferdia Walsh-Peelo), a lad thrown into a new school straight from hell and, of course, there’s a girl. What follows is the inception of an entire band, the eponymous Sing Street, all in the name of getting to know said girl. It’s that simple and it works … sort of.

By all accounts she’s an untouchable goddess, a year older than him, with a mature boyfriend and aspirations of modeling in England. And yet Raphina (Lucy Boynton) deigns to stoop to their level and take part in their first foray into music video-making. It’s in such moments that the film unabashedly hoists up its ‘80s sensibilities, suggesting Carney’s own personal affection for that day and age. Because amid all the god-awful make-up, outrageous costumes and mimicry of the new-wave scene, there’s still a sense of appreciation. Every boy has gone through these different phases, like a sponge soaking up all conceivable inspirations. In this case, Conor’s older brother Brendan becomes his pontificating Buddha, exposing him to every musical influence from Duran Duran to The Cure.

But Conor’s band also develops into a wonderfully liberating force to combat the furies of the world. At school he is consumed by grand illusions of “Back to the Future”-themed prom nights at an American-style high school. Meanwhile, his parents are continually squabbling at home and his dream girl leaves for London without a word of goodbye. Still, he uses his newfound outlet, with the guidance of his brother, to turn his stray thoughts and accumulating angst into something worth remembering. In fact, for each of the boys, there’s a matter-of-fact gravity to it all, because forming a band is a serious business — it’s a concerted effort to avoid the grisly fate of yet another gutted cover band.

Like any formative tale about young men and women, “Sing Street” suggests the vital importance of personal identity and chasing after dreams. It’s evident with Conor as he constantly dons new facades, not simply in a search for greater artistic expression, but for personal freedom.

However, he breaks with his big brother in what he actually does with the inspiration that has been passed down to him from the rock gods. He uses its whole potential as a gateway to the way of life that he desires — making the most of the opportunities that are afforded him even if they are a long shot. As the movie progresses, Raphina looks younger and younger, and it hardly seems by accident. Over time, she sheds layer after layer of makeup and manicuring to reveal a bit more of herself until the tipping point where all her dreams come cascading down, and she has nowhere to hide. It’s in her most fragile moments that she finally accepts herself as a beautifully complicated, broken work of art.

Admittedly, “Sing Street” has a ludicrous ending and there are moments where it tilts towards the plastic production values of “Begin Again” rather than the sincerity of “Once,” but that’s a lot of what the ‘80s feels like: fake. It’s defined by artificial constructions projected up on a screen. That’s precisely what this film is saluting and celebrating, but that’s only the half of it. Raphina rightfully points out that you can never do art halfway. That’s what rock ‘n’ roll is in a sense. It’s audacious exploration, risk-taking and a bit of foolishness in the name of chasing after your dreams, usually involving a girl. Thus, the film is not wholly original, even for Carney, who has drunk from the same well three times over, but, like any seasoned artist, he’s able to discover fresh inspiration from old cisterns.