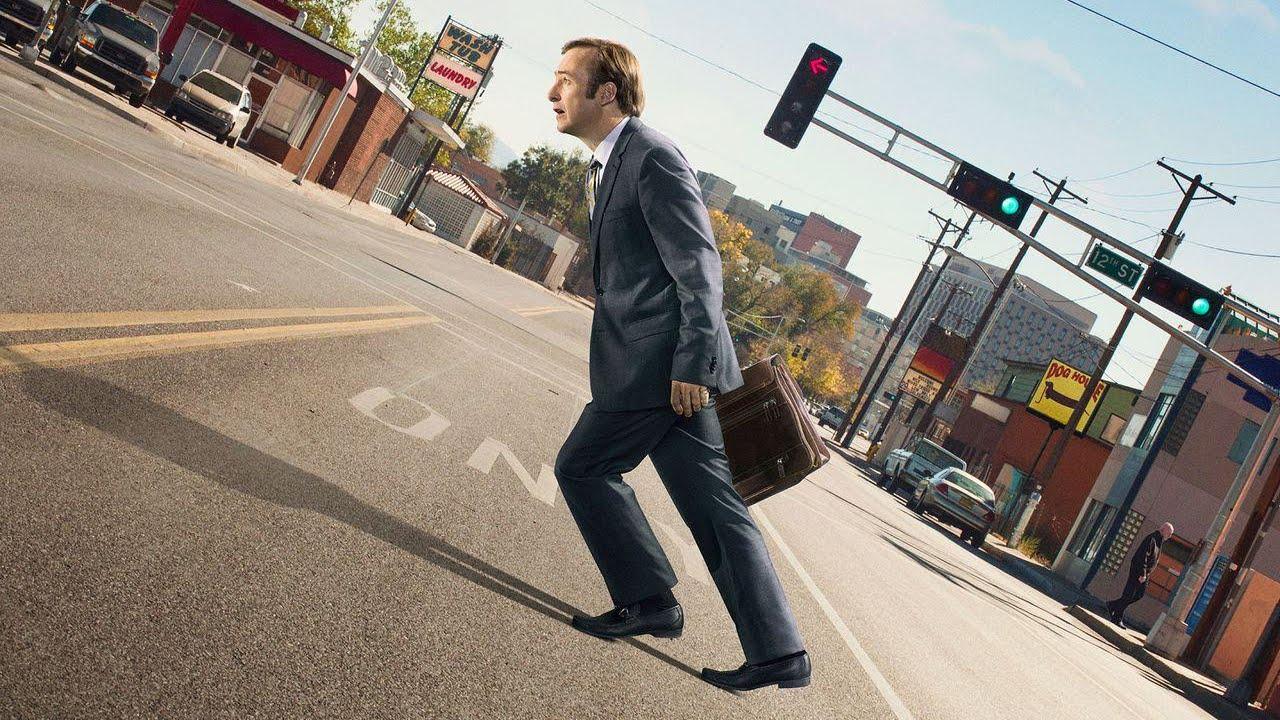 The second season of “Better Call Saul” opens with a flash-forward to Jimmy McGill’s unfortunate post-”Breaking Bad” days working at an Omaha Cinnabon under the name “Gene.” After everyone has left, Jimmy is left alone to finish cleaning and taking out the trash. Jimmy, however, accidentally locks himself in the garbage room, and the only way out is through an emergency exit that would notify the police. From the onset, “Better Call Saul” reminds us why its grip is so tight: It is humorous, suspenseful, eccentric, smart, and dramatic. Before Jimmy, or Gene, is liberated from the garbage room the next morning, he leaves a scribble on the side of wall. It is small and faint, but it will never be erased. It reads “S.G. was here,” reminding us that no matter his situation, Jimmy McGill will always be Saul Goodman. And even though we know how Jimmy’s story ends, it is still a thrill to watch.

Aside from telling the story of Jimmy’s budding legal career, the season closely follows both Kim Wexler (Rhea Seehorn), Jimmy’s close friend and love interest, and Mike Ehrmantraut (Jonathan Banks), the reserved former cop working as a parking lot attendant at the Albuquerque courthouse. Yet even for the impressive and gripping stories of both Mike and Kim, “Better Call Saul” remains an exploration of Jimmy McGill: his relationship with his brother Chuck, his career, and his doomed struggle to break good.

Season two of “Better Call Saul” picks up right where season one ends, with Jimmy McGill driving away from the courthouse humming “Smoke on the Water,” vowing to give up his straight-edge life once and for all. But fortunately for Jimmy and the audience, he isn’t ready to break bad so fast. This is in part thanks to Kim Wexler, who helps Jimmy secure a honest job, which he finds suffocating. Jimmy once again finds himself in a balancing act between his desire to be a professional lawyer and a con artist. He learns to be more cunning and willing to break far bigger rules than in season one, lying to cops and committing forgery. He even begins sporting the colorful shirts that will eventually be part of his signature look. Although Jimmy hasn’t yet transformed into Saul Goodman, he quickly transitions from misunderstood protagonist to devious antihero. We know that Jimmy is destined to be involved in the criminal world, but “Better Call Saul” makes it impossible to know when and how Jimmy McGill will become the infamous Saul Goodman.

Unlike season one in which Mike plays a somewhat ancillary role, either helping Jimmy or enforcing payment on a drug deal, Mike comes into his own and becomes submerged in the criminal world during season two. Mike’s dealings with the cool-headed “Nacho” Vargo lead him into dealing with members of the drug trade that are far less gentle. This is where “Better Call Saul” effectively integrates fan service into the overall narrative. Mike Ehrmantraut deals with many familiar faces from “Breaking Bad,” all of whom are welcome (although terrifyingly unwelcome) sights.

Season one of “Better Call Saul,” while still heavy with tie-ins to “Breaking Bad,” established itself as an independent show. In its second season, “Better Call Saul” is no longer a spinoff, but rather a well-written drama which combines crime, law and family conflict. Like the character it follows, the show is eccentric and unpredictable. While showrunners Vince Gilligan and Peter Gould could have cashed in after the success of “Breaking Bad,” giving fan favorite Saul Goodman his flashy encore, they instead took the Jimmy story seriously and took the time to meticulously craft this utterly compelling character.