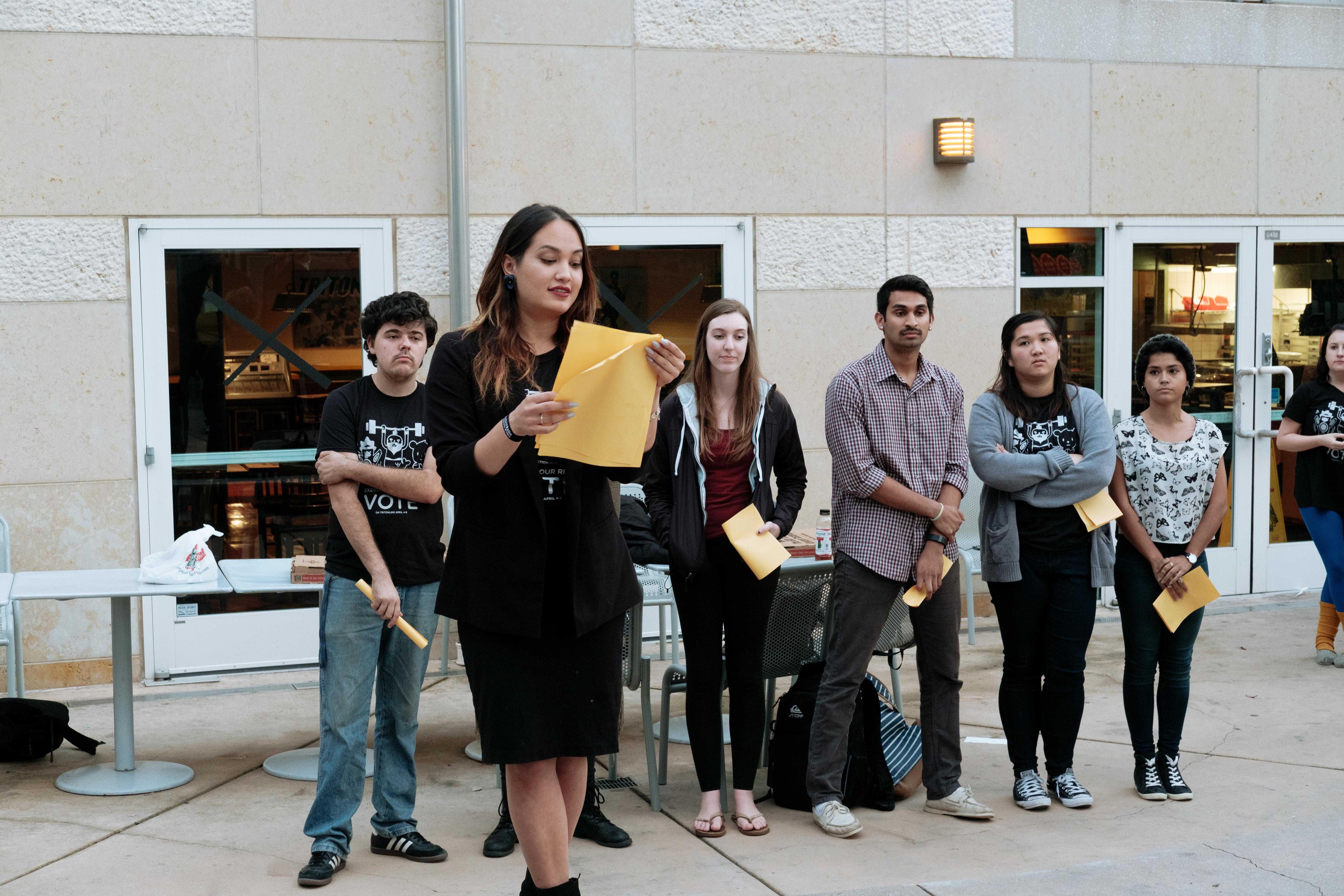 A.S. Election Manager Claire Maniti announced on Friday evening that Lauren Roberts won the A.S. Vice President of External Affairs race by a margin of 2,317 to 2,179. Daniel Juarez and Sabrina Ekdahl, who ran unopposed, will be next year’s A.S. President and A.S. VP of Campus Affairs, respectively. This year, 5,882 students — 23 percent of the student body — voted on TritonLink.

The newly elected A.S. Council members will assume their positions during Week 8 of this quarter. Juarez will replace current A.S. President Dominick Suvonnasupa while Roberts and Ekdahl will take over for Krystl Fabella and Taylor Valdivia, respectively.

The student body also approved the A.S. Campus Activity Fee Referendum by a margin of 3,172 in favor to 1,922 against. The referendum increases the fee by $14.92 per student per quarter and will be allocated toward student events, organizations and services.

Following the announcements, Daniel Juarez told the UCSD Guardian that she is looking forward to serving the student population and pursuing initiatives such as improving student housing.

“I think that we really need to start focusing on the material realities that students face,” Juarez said. “And if we’re not doing that then I don’t think we’re doing anything good for the students.”

In response to the victory of her slate, A.S. VP of External Affairs-elect Lauren Roberts told the Guardian that she is honored to have been a part of their campaign.

“They represent so much more than names, pictures and candidate statements,” Roberts said. “These people, to me, represent the idea of change at a systematic level here at UCSD and I could not have been more honored to run with them.”

Incoming A.S. VP of Student Affairs Sabrina Ekdahl told the Guardian that one of her main platforms is increasing the sense of community at UCSD and she hopes to do so through avenues including UCSD athletics.

“I’m strongly pushing for that [Division-I] referendum so hopefully that passes,” Ekdahl said. “With that, what I want to do is get students more engaged in athletics and just school spirit it general. I think athletics is a great platform for students to get involved.

Students will vote on the whether or not to shift UCSD athletics to NCAA Division I during Week 8 of this quarter.