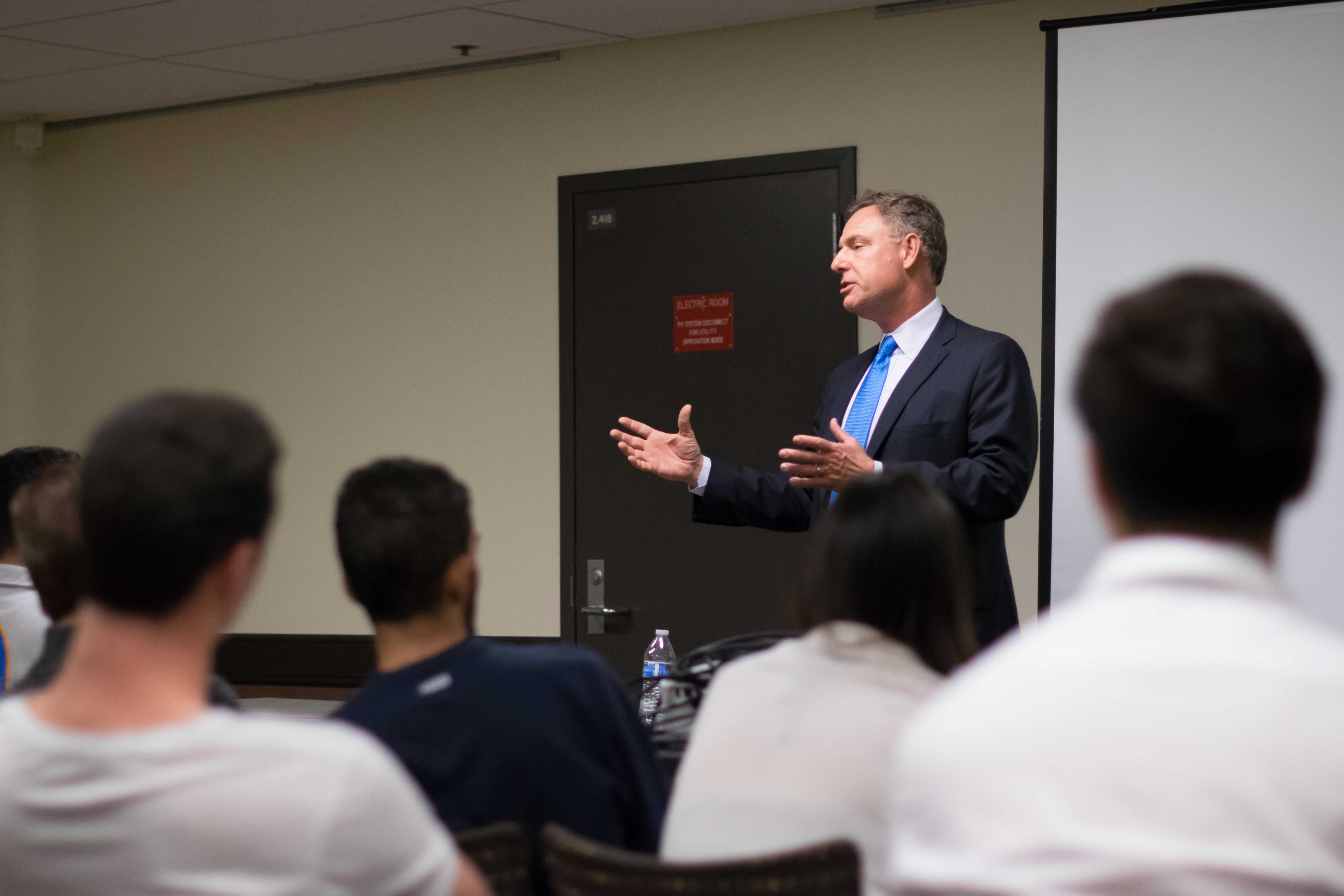 Congressman Scott Peters (D-Calif.) announced his new proposal for student loan payment at the first of multiple forums held last week about college affordability. The proposal would cap interest on all subsidized student loans to 4 percent, securing it at a number lower than it currently is at 4.3 percent.

“Four percent does give the federal government a little bit of a cushion, because they’ll argue that there’s administrative costs,” Peters said at the conference in UCSD’s Bear Room. “But there shouldn’t be loans at 5, 6, 7 or 8 percent, which just doesn’t make any sense. It’s making students a profit center — which is the wrong thing to do — and it’s a bad policy when we’re trying to educate people to participate in the high-education economy.”

The next steps for the proposal — which has no certain date to set effect — entail having the proposal voted on, having co-sponsors and going through negotiations.

“Our goal now is to start to chalk up co-sponsors and see if we can develop some support,” Peters said. “Then we have to get a score of what the cost is, and then we’d love to get it through the Committee and get a vote on it.”

The proposal is not the first of Peters’ on the subject of college affordability. He also penned the Student Loan Repayment Assistance Act, which attempts to ease the financial burden on student employees by offering businesses and employers a tax break for matching student employee’s loan repayment.

It also comes after efforts from Republican congressional members to further increase interest rates on student loans, which Peters described in the conference.

“We had a fight in Congress where we fought the Republican proposal to allow student loan rates on subsidized loans to double from 3.4 to 6.8 percent,” Peters said. “We were able, with President Obama’s help, to negotiate a lower increase, but the rates are still too high and don’t make any sense from a strategic perspective”

Peters’ approach to college affordability differs from those like Bernie Sanders’ College for All plan — which calls for free tuition — because it focuses on making loans more affordable rather than making college free.

Peters described in the forum that the ideal cost of college is not currently a finite number applicable to all students. Rather, it’s somewhere between free and the current cost of attending one of the UC campuses. Junior Zhenzhen Jiang stated that college affordability is an ambiguous term in itself.

“I certainly appreciate Scott’s honesty, but as you know, immigrants and people of color can have less resources available for education, and we have to think about it before we decide,” Jiang said.

Further, Jiang described the resulting pressure and burden of attending college with loans and debt that pile up.

“There’s a concern from us when we pick our major, like which major is going to prepare us for a job after,” Jiang said. “I actually took a lot of risk to pick up political science instead of any engineering major because I need to think about how to pay back to my parents and my debt, so affordability means something completely different to me.”

Fifth-year Marshall student Isuri Ramos commended Peters on the pragmatism of his approach to this issue and cited it as an effective first step in a plan which should progress over time.

“I think the congressman is headed in a very good direction – I definitely think that everything he’s proposing can increase significant aid,” Ramos said. “He should be able to make those things happen, and then once you set that foundation, continue perfecting that.”

One thought on “Congressman Reveals Student Loan Proposal at UCSD”