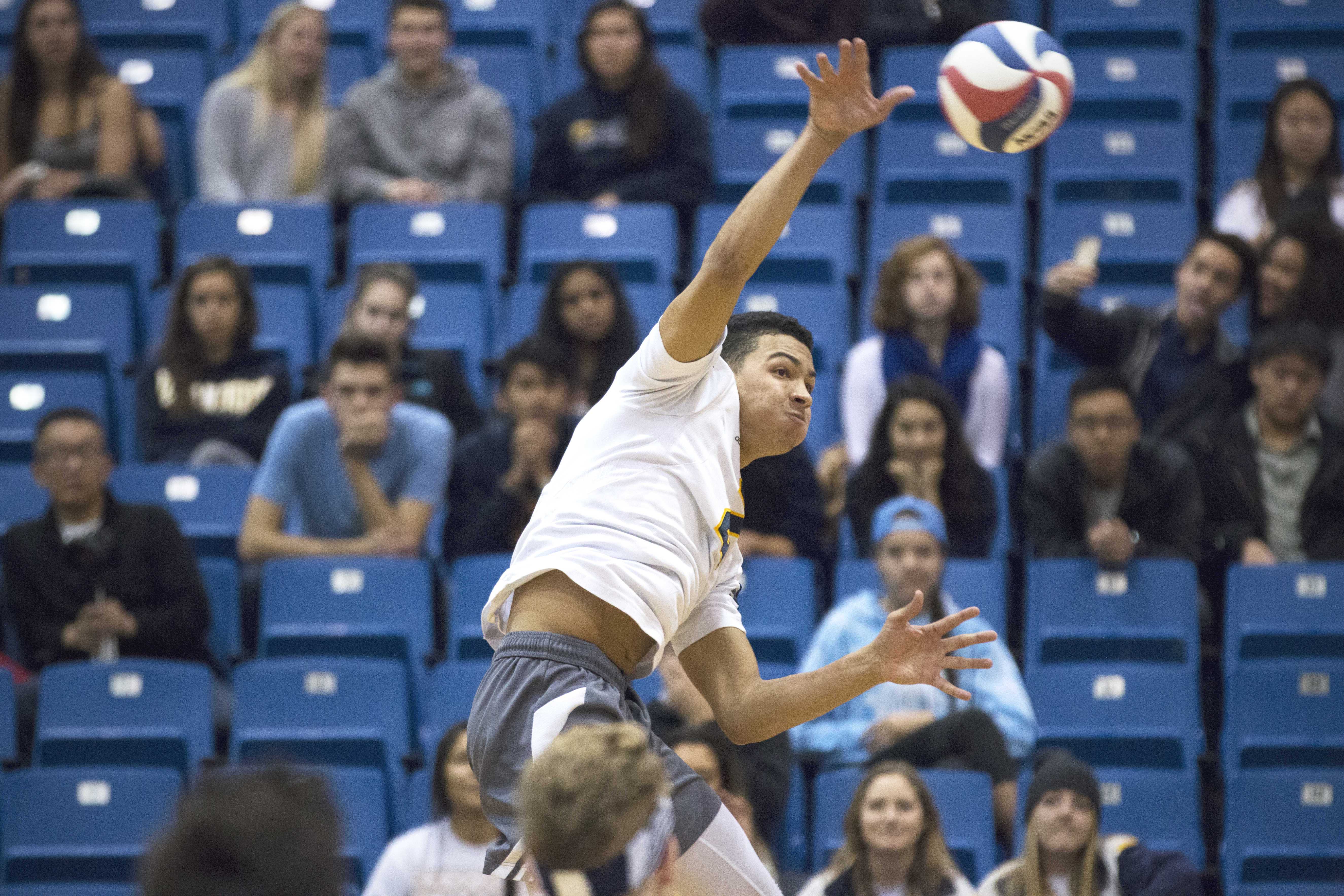 With the win, UCSD ended an eight-game losing streak and improved to 4–13 on the season, with the last win for the Tritons being a 3–2 victory over Princeton on Jan. 27. The men’s team had also dropped 13 consecutive sets before winning the first on Saturday. With the win, the Tritons won a home-and-home series against the Hawks. UCSD won its first match against Holy Names in Oakland on Jan. 23, while the Hawks stay winless at 0–12.

Senior outside hitter Kirill Rudenko had a career-high hitting rate of .750. leading players with nine kills and zero errors over 12 swings. Rudenko also tied his season high with five digs, two assists and an ace.

The win was a team effort as 11 of the 16 Tritons scored at least one kill, while only six of them committed a hitting error. Freshman setter Ryan Blaich had 16 assists and two aces while sophomore setter Milosh Stojcic added 14 assists and nine digs of his own.

The Tritons went on a 5–0 run in the first set after a service error, which allowed the home team to take their first lead of the set 7–6. The lead stretched to 10–6, forcing Holy Names to call the first timeout of the game. The Hawks would score the first point after the break but wouldn’t get any closer than that.

The Tritons scored seven points in a row, including an ace by Stojcic, to easily take care of the second frame.

The third set was tied at 6–6, but the Tritons took control with five straight points. Holy Names would call another timeout, but it would not do much as the Tritons would extend the lead to 16–7. Sophomore outside hitter Ryan Schickling entered the game late in the third set and added a career best four kills over UCSD’s last six points. Redshirt sophomore middle blocker Bryan Zhu helped finish the third set as he served for six points and two aces.

“We got off to a pretty good start in each set and were able to get off to pretty sizeable leads,” UCSD Head Coach Kevin Ring told the Athletics Department. “Experience goes a long way, and it’s important for guys to get on the court, and you’re looking for them to capitalize and I thought the guys did a good job of that.”

UCSD’s previous high for attack percentage was .418 (38-10-67) against Charleston in the season-opening victory.

The Tritons stay at home with only one match in the coming week as they face off against fourth-ranked Stanford on Feb. 25. The game starts at 7 p.m. in the RIMAC Arena.

“We’ve had some ups and downs,” Ring said. “We played some really good teams. I thought we played some pretty good volleyball, we’re playing a really good Stanford team, we’re trying to find what’s our brand of volleyball. How good can we be.”