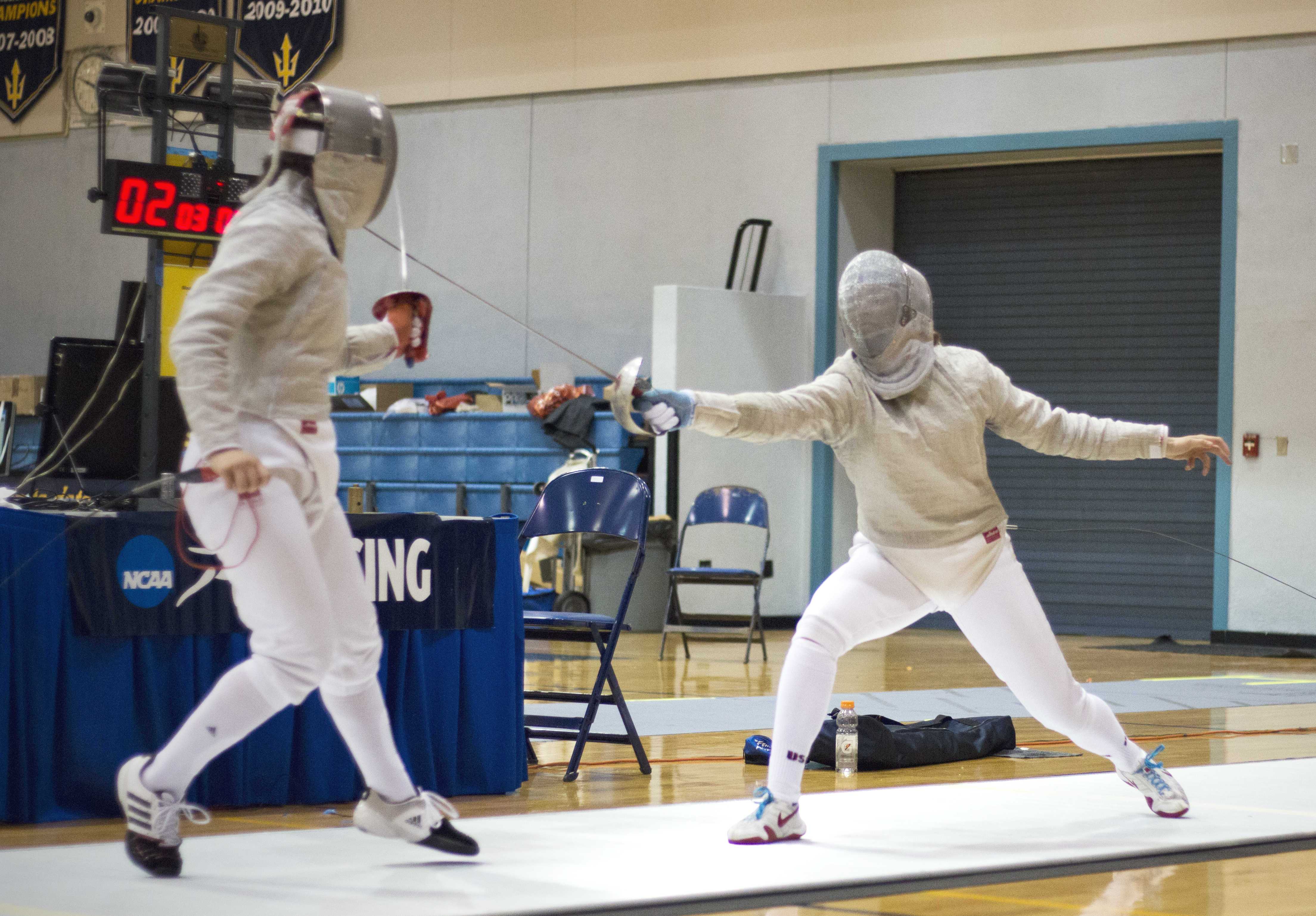 The UCSD men’s team ended the tourney with an overall 5–1 record and ended the men’s WFC team championship 3–1. The men’s Tritons won their conference matchups over WFC rivals Air Force with a count of 22–5, Caltech with a count of 21–6 and Incarnate World with a count of 20–7. They only lost to No. 10 nationally ranked Stanford, which also ended up winning first place in the men’s league.

The men’s sabre and foil squads came out of the tourney looking good, ending with a 5–1 score each, almost hitting the perfect record but falling just one match short. Men’s epee went the same as women’s epee and ended with a 3–3 record. Senior sabreur Drew Dickinson shone the brightest out of the men’s squad as he managed to go undefeated against Stanford and Air Force before ending the tourney on a 7–1 overall record.

“We are right where we need to be,” Dickinson told the UCSD Athletics Department. “Early on in the season we started off really strong … and it looks like we’re going to continue going strong through the season. Come Northwestern, I expect a lot of wins!”

Both the UCSD men’s and women’s teams are receiving votes in the national poll for ranking. The squads are now looking forward to compete at the San Diego Open on Jan 23.