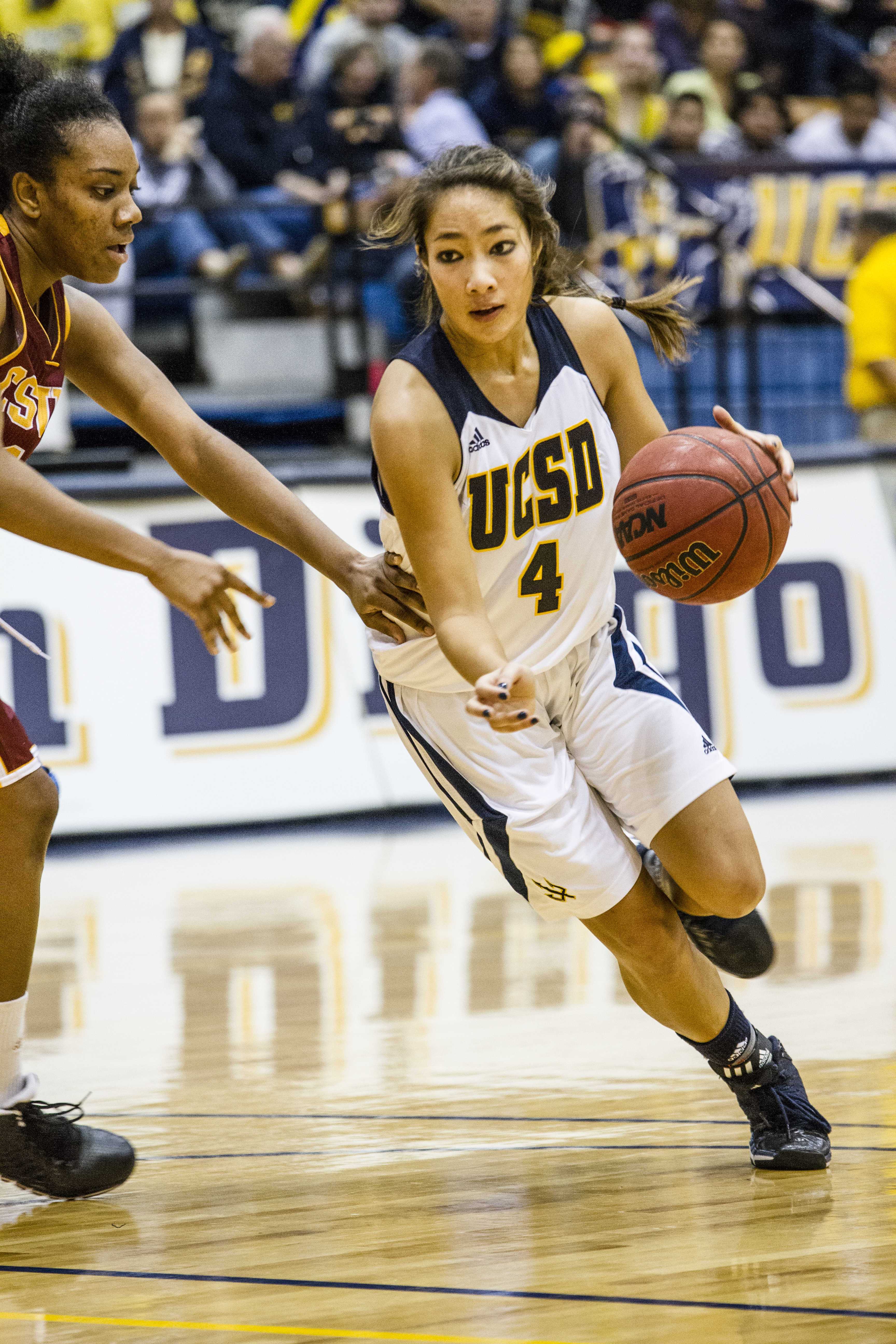 Friday Night’s showdown on Spirit Night will peg the two league leaders, UCSD and Cal State Dominguez Hills against each other. While CSUDH stands alone and undefeated atop the California Collegiate Athletic Association, No. 21 UCSD is right behind with only one defeat.

After losing senior guards Stephanie Yano, Miranda Seto and center Dana Webster, among others, UCSD changed its style of play and adopted a quicker pace led by sophomore guard Taylor Tanita. Along with senior forward Farrah Shokoor, a three-time CCAA player of the week, and senior guard Jamie Katuna, a one-time CCAA player of the week, she highlights the Tritons’ high scoring offense heading into this weekend’s matchup.

UCSD scores 75.6 points per game, a full five points ahead of the next best, CSUDH at 70.4. The Tritons also boost the fifth-best scoring defense in the conference, ahead of CSUDH’s mark of 10th. UCSD leads the league in all the offensive categories: field goals percentage (44.5), three-point percentage (35.8), free-throw percentage (74.9) and assists (15.94 per game). The Tritons are also third in rebounds, turnover-margin and rebounding-margin heading into the clash against CSUDH.

Individually, the Tritons feature two of the top-five scorers, with Katuna in second at 17.3 per game and Shokoor in fourth at 15.1 per game. Shokoor is also the only player in the CCAA to average a double-double, adding 12.7 rebounds to her point total per game. Junior forward Cassie MacLeod is also in the top 10, averaging 6.6 rebounds per game. In addition, UCSD is king in another category — the assists. Tanita leads the league at 5.1 per game, the only player to average over five in the conference. Shokoor is seventh in that category, all while Tanita also dominates the assist-to-turnover ration, with Shokoor in fourth. Two Tritons lead the table in field-goal percentage, with Shokoor in first at 51.4 percent, Katuna in second at 47.6 percent and junior guard Beth Mounier is third with a three-point percentage of 37.8. One last thing, Shokoor is the only player in the CCAA to place in the top 10 for both steal (fourth) and blocks (ninth).

Last time the two teams played, CSUDH dominated UCSD by 24 points, in a lopsided 69-45 win on Nov. 17. However, the two hottest teams in the league, with CSUDH riding an eight-game winning streak and UCSD riding a six-game winning streak, will fight for CCAA supremacy on Spirit Night, and UCSD is intent on protecting the home field.