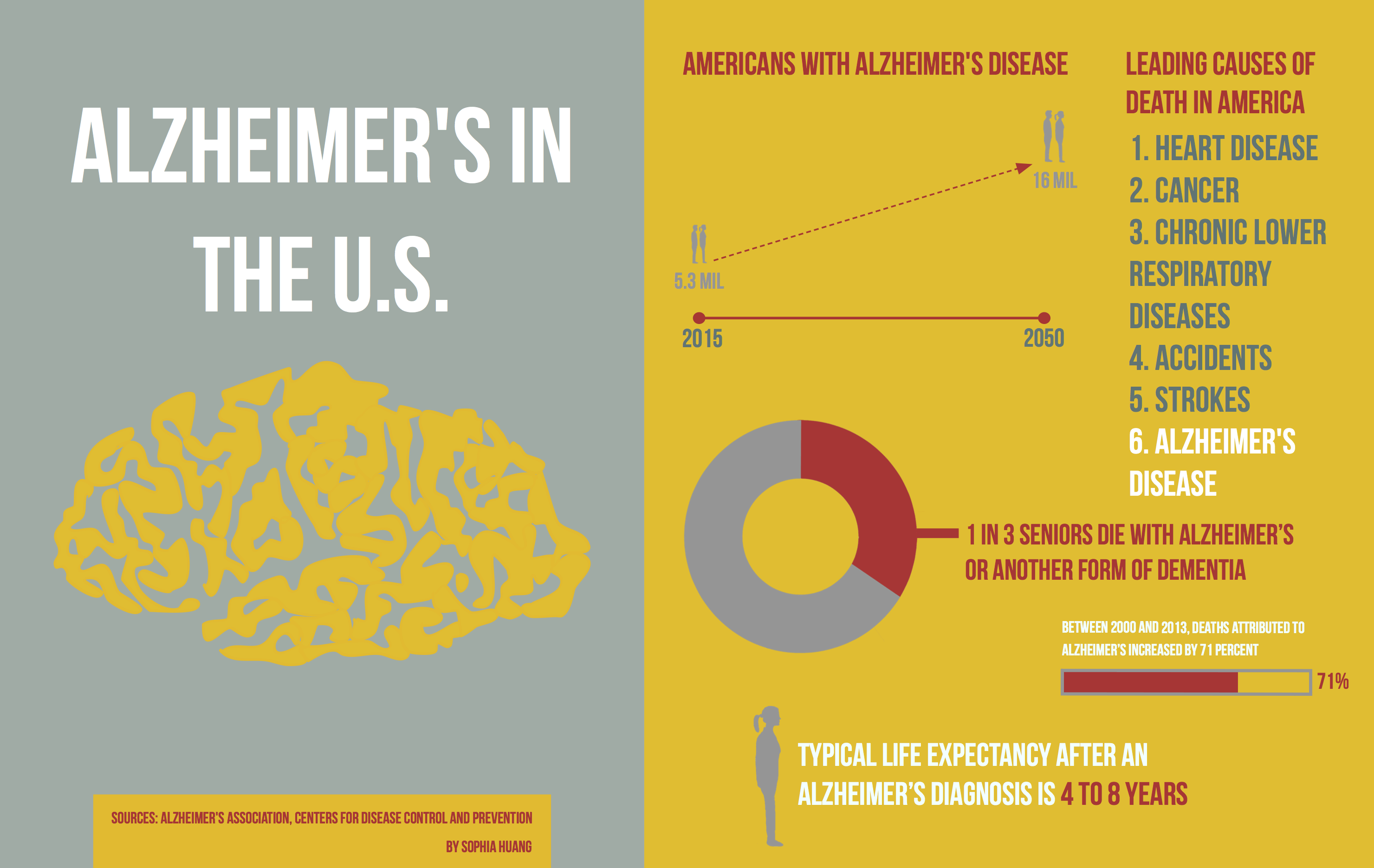 Scientists at UCSD and Harvard University collaborated with international biotech and pharmaceutical companies to develop a stem cell model to study Alzheimer’s disease. This 3-D Matrigel system is more efficient because scientists can test the experimental drugs on donor cells rather than on animals or in clinical trials with people.

Alzheimer’s disease is characterized by two pathological hallmarks, amyloid-beta plaques and neurofibrillary tangles, which are lesions found inside the brain. Steven Wagner, associate professor at the UCSD department of neuroscience, told the UCSD Guardian that the team chose the in-vitro model because it allowed them to isolate these markers of the disease.

“We thought that using a Matrigel system would keep the components necessary for forming these Alzheimer’s-specific pathologies,” Wagner said. “We wanted to test these compounds and show that they could possibly prevent the formation of [Alzheimer’s disease-related] lesions called neuritic plaques.”

Rudolph Tanzi, a neurology professor at Harvard University, said that the research demonstrated  that amyloid-beta plaques can actually promote formation of neurofibrillary tangles.

“The human stem cell model demonstrated that disease-related changes to amyloid plaques can trigger tangles in another protein called tau,” Tanzi told the Wall Street Journal. “The model makes drug screening for Alzheimer’s 10 times as cheap and 10 times as fast as using animal models and other techniques.”

Wagner said that the team also found that, with the right compounds, plaque formation could actually be prevented.

“Using this in-vitro system, we tested a couple of different types of drugs and found components that were able to either prevent or reduce formation of these critical pathologies,” Wagner said. “One was known as BACE 1 inhibitor and the other was known as gamma-secretase modulator.”

Susan Solomon, chief executive of the nonprofit New York Stem Cell Foundation, added that since modeling the disease using mice does not accurately translate into what happens in humans; stem cells are a better alternative.

“Using DNA sequencing and neurons derived from stem cells that are genetically identical to a patient, research can observe how those cells are firing in either a normal way or whether they’re struggling,” Solomon explained. “One day, scientists may be able to see the history of biological changes in the stem cell-derived neurons and replay how the disease developed and how processes went astray.”

Wagner commented that Alzheimer’s disease is becoming a costly problem since there are currently no known preventative treatments or measures.

“Alzheimer’s is a very important disease [and] it’s becoming a very expensive disease to treat and actually care for in the absence of any real therapy,” Wagner said. “[It] is becoming somewhat of an epidemic. There are 36 million people affected worldwide and we believe it’s going to bankrupt our healthcare system.”

Wagner also indicated the possibility of the model being used to research similar diseases such as Huntington’s and Parkinson’s.