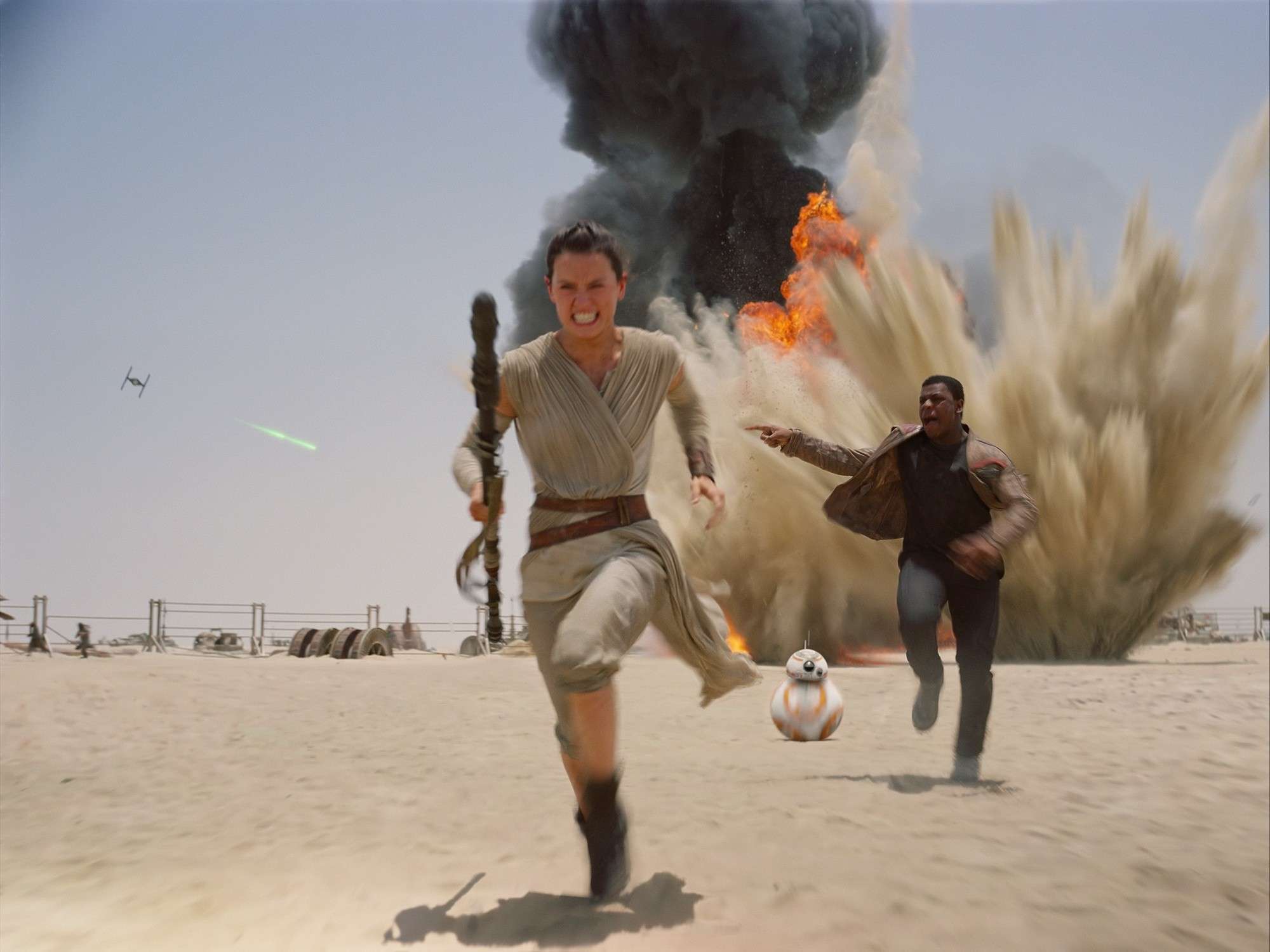 Even if you haven’t seen it, “The Force Awakens” is already on its way to breaking box office records. And, after over three decades of waiting for an exciting Star Wars film, every dollar will be well deserved. Although the film is slightly tarnished by its similarity to the original Star Wars films, with “The Force Awakens,” director J.J. Abrams begins wiping away the bad taste the prequel trilogy left in our collective memory.

Set 30 years after “Return of the Jedi,” classic favorites Chewbacca, Han Solo, Leia and droids R2-D2 and C-3PO are welcome sights. However, “The Force Awakens” belongs to the newcomers. John Boyega is incredibly charismatic in his role as a turncoat Stormtrooper named Finn, and Oscar Isaac’s Poe Dameron, the Resistance’s top X-wing pilot, is effortlessly likeable. Poe’s aerial skills are featured in several incredible sweeping shots of atmospheric combat. Daisy Ridley, however, steals the show as Rey, a scavenger from the desert planet of Jakku, whose daring and down-to-earth character is well-realized. The villain in “The Force Awakens” is Darth Vader-obsessed Kylo Ren. While he is less imposing than the sith master Darth Vader, Ren’s vulnerability and humanity makes him uniquely menacing. The lightsaber fights between him and the heroes are nail-biting, with more grit and less acrobatics than any of those in the prequels.

“The Force Awakens” exercises loyalty to the original 1977 “Star Wars: A New Hope,” but often bows too low to its predecessor and mirrors its story almost entirely. From the first act, which takes place on a desert planet reminiscent of Tatooine, to the final scene featuring a battle similar to the original battle on the Death Star, this film blurs the line between tribute and copy. Disney, which paid over $4 billion to acquire the rights to Star Wars, likely decided to play it safe and use a story that fans are familiar with in order to successfully relaunch the franchise. Nonetheless, what “The Force Awakens” lacks in plot originality, it makes up for with unique characters and effective storytelling; there isn’t a single scene in the film that isn’t fully gripping.

Elements such as the diversity of the film’s cast and its humor distinguish “The Force Awakens” from other Star Wars films. The ensemble of African actor John Boyega, female Daisy Ridley and Guatemalan Oscar Isaac is a welcome change to a franchise that once couldn’t even pass the Bechdel test; it is encouraging to know that a previously unrepresented generation, now being introduced to the Star Wars universe, will have genuine heroes to look up to. The other distinctive aspect of “The Force Awakens” is the film’s sharp humor, expertly integrated into the film by J. J. Abrams. The vast majority of jokes hit their mark, especially those involving the adorable rolling droid BB-8. (Even its name is cute.)

“The Force Awakens” launches a new generation of Star Wars fans into a galaxy far, far away while paying homage to the original trilogy. When the film ends, the audience is left with more questions than answers, but rather than being unsatisfied, it leaves you hungry for more, and Episode VIII cannot come soon enough.