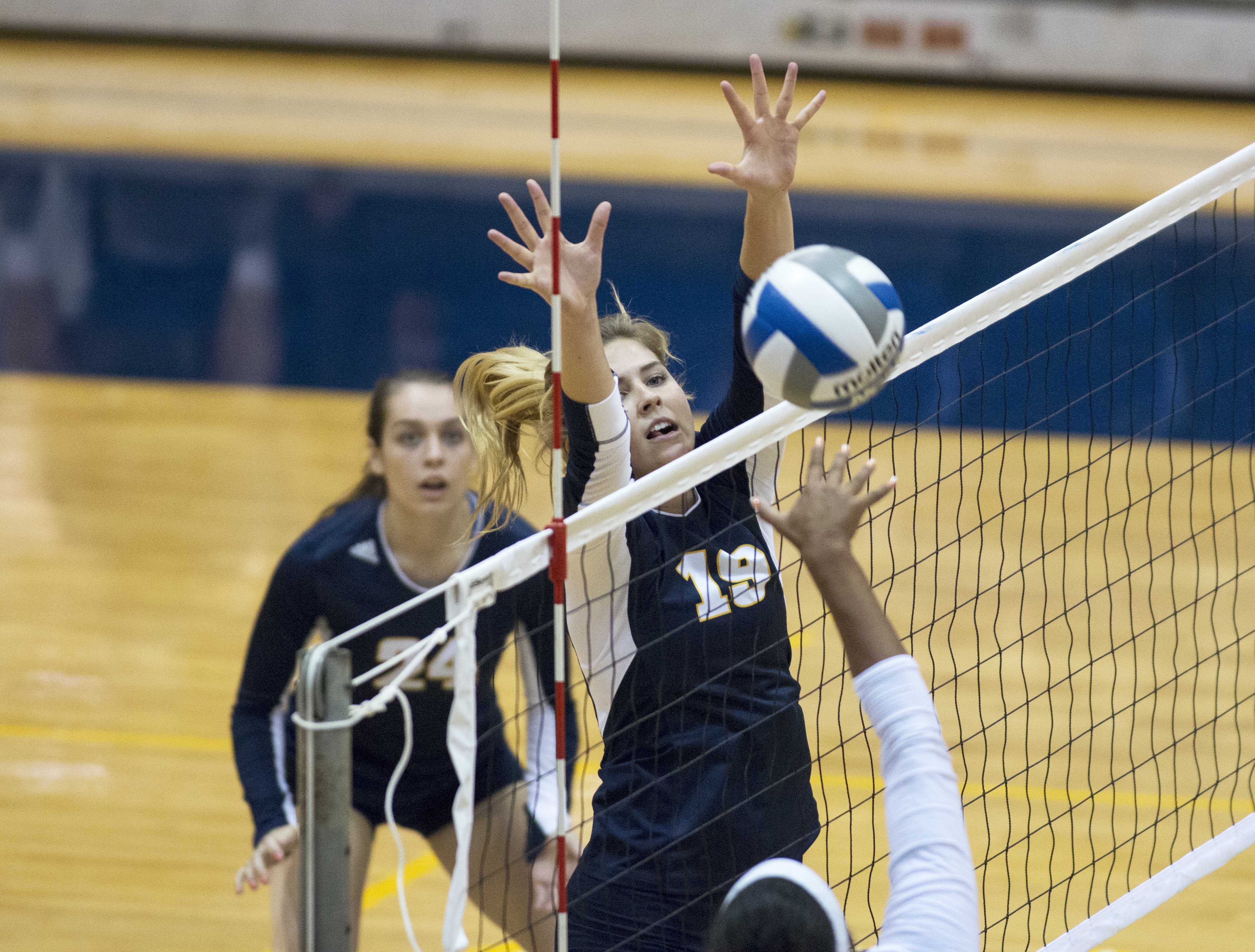 This past week, UCSD hosted the first-ever California Collegiate Athletic Association Women’s Volleyball Tournament at RIMAC Arena. Host school UCSD was able to advance further into the tourney after it defeated Cal State Los Angeles in a quarterfinal match on Thursday before ultimately being bounced out by Cal State San Bernardino in the semifinal match on Friday.

UCSD defeated Cal State Los Angeles after well-contested sets ended in a 3–1 victory. The scores of the sets were 25–22, 25–21, 20–25 and 25–15. With this win, UCSD improved its overall record to 19–10 for the season and also advanced in the tournament as the third seed to face the second-seed 19th-ranked Cal State San Bernardino on Friday. Entering the tournament as the sixth seed, Cal State Los Angeles was demoted to a 19–11 overall record for the season after its timely defeat by UCSD.

“Any chance we have to prolong our season, considering it is my last, is like a dream come true,” Dahle told the UCSD Athletics Department. ”We’re just trying to go as far as we can.”

Cal State San Bernardino crushed the Tritons’ dreams for a ticket into the finals of the CCAA Tournament, beating them in four matches 3–1.

The scores of the tense game were 25–17, 18–25, 25–19 and 25–23. The game was a well-contested matchup between the second and third seeds, but ultimately Cal State San Bernardino did advance further into the tourney. The second seed improved onto a 26–4 record for the regular season while UCSD dropped its record to 19–11 overall for the regular season.

The Cal State San Bernardino Coyotes had an impressive stat sheet for the night and were clear winners in some categories over the Tritons. The Coyotes had a more-effective net play as they were able to outblock the Tritons solidly 16–5. The Tritons had a .149 (52–27–168) hitting percentage while the Coyotes were able to produce a .279 (61–15–165) hitting percentage that night. The Coyotes also had four players who were each able to give their team 10 or more kills, with 12 service errors in the match.

Dahle was able to lead all the players in the match on Friday night with 24.5 points and 21 kills. She also swung at a .380 (21–2–50) along with two aces, three block assists and 11 digs. This was the second-consecutive night the senior outside hitter was able to place herself as the points and kills leader for both teams.

Both Wright and Sierks recorded double-doubles again. This time, Wright was able to earn her double-double with 10 kills and 16 digs, and Sierks achieved her own double-double after she tallied 37 assists and 19 digs. Colla mimicked her statistical performance from the previous night as she finished off the night with a match-high 19 digs.

“Their hitters did a really good job and put a lot of pressure on us all night,” UCSD Head Coach Ricci Luyties told the UCSD Athletics Department. “We never really got in the flow of our offense. On the defensive end our blocking was not doing the job that we needed to to slow down their hitters.”

This match was the third meeting of the season between UCSD and Cal State San Bernardino, with the Tritons having swept the Coyotes on Sept. 15 and the Coyotes winning 3–1 on Sept. 22. This puts San Bernardino at 2–1 against UCSD this season.

Cal State San Bernardino advanced onto the final round to fight for the CCAA Tournament crown against No. 17, first-seed Sonoma State on Saturday. Sonoma State was able to win against Cal State San Bernardino with a nail-biting, 3–2 victory, automatically earning itself a berth in the NCAA postseason. UCSD now waits to see what its future holds as it waits to see if it will receive an at-large spot in the upcoming postseason NCAA tournament. The selections for the NCAA tourney will be announced on Monday, Nov. 23, at 4:30 p.m. PT at NCAA.com.