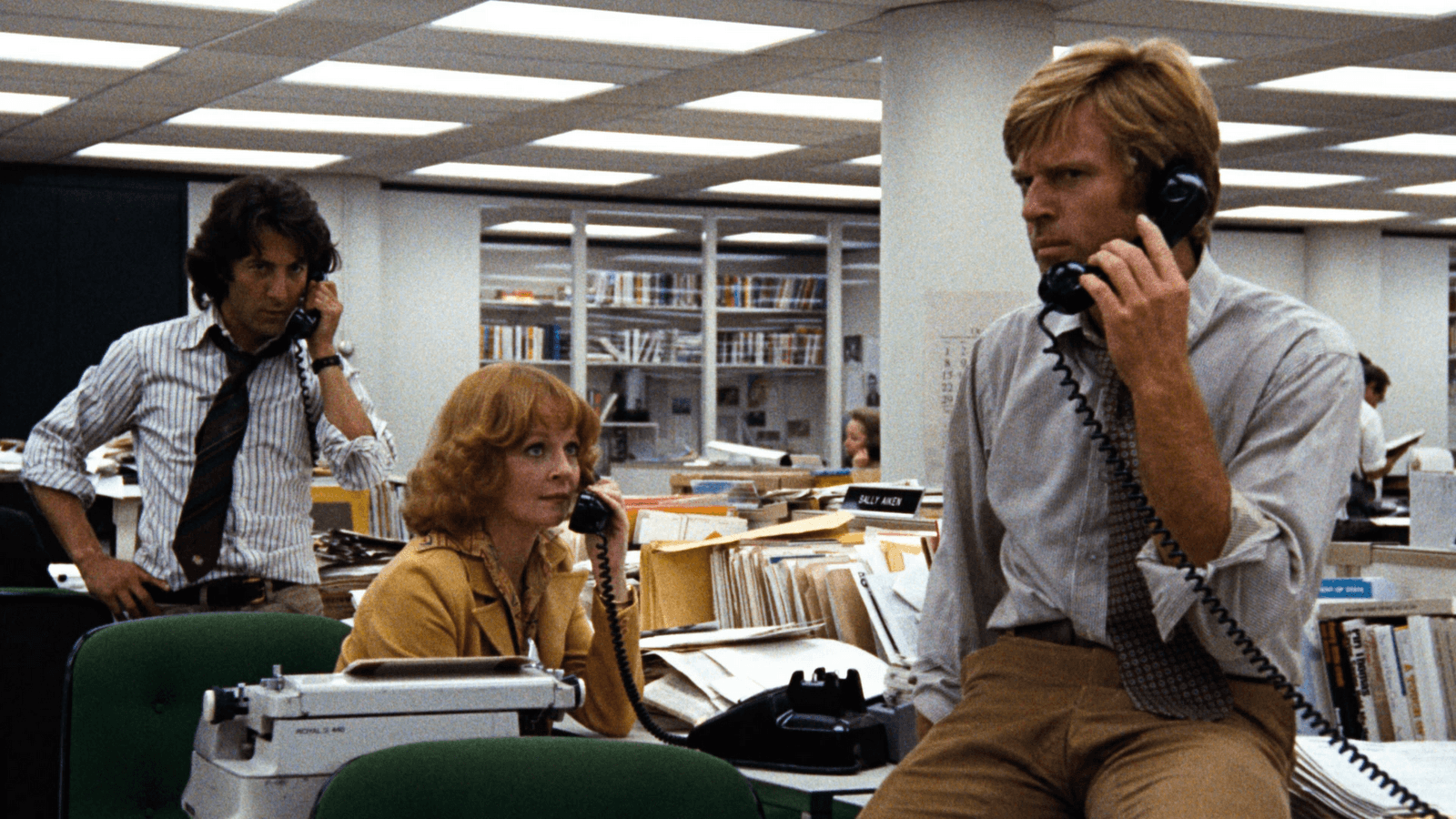 There’s arguably no political thriller more revered or timely than “All The President’s Men,” because it highlights one of the most controversial scandals of all time: Watergate.

It took the true-to-life detective work of Washington Post reporters Bob Woodward and Carl Bernstein, and enlisted two of the ‘70’s biggest superstars. Robert Redford and Dustin Hoffman  lend credence to the roles, flawlessly balancing charisma with inherent honesty. Bolstered by a script by William Goldman, the narrative gets into the procedural nitty-gritty that allowed the two journalists to crack the story wide open — a story that shook America to its core.

Amid the controversy, theirs was the perfect partnership: a pair of utter opposites who nevertheless were wholeheartedly devoted to their trade. They weren’t above pounding the pavement to look for leads, putting the rotary phone to good use or spending late nights knocking out copy on the typewriter. This is a story with all the necessary political intrigue, but even more importantly, it’s a cultural relic representative of a historic juncture in the very fabric of our nation’s political system. The reverberations were astounding, leading to the resignation of Richard Nixon and the imprisonment of many presidential aides, while making the enigmatic informant “Deep Throat” a household name. Thomas McCarthy’s “Spotlight” is another journalistic drama which trades politics for religious scandal. It’s certainly a tall order to top the impact of “All The President’s Men,” but with its stellar cast and topical issues, there’s no need to emulate it. It can enter fresh territory by simply telling the truth and building rapport with its audience.