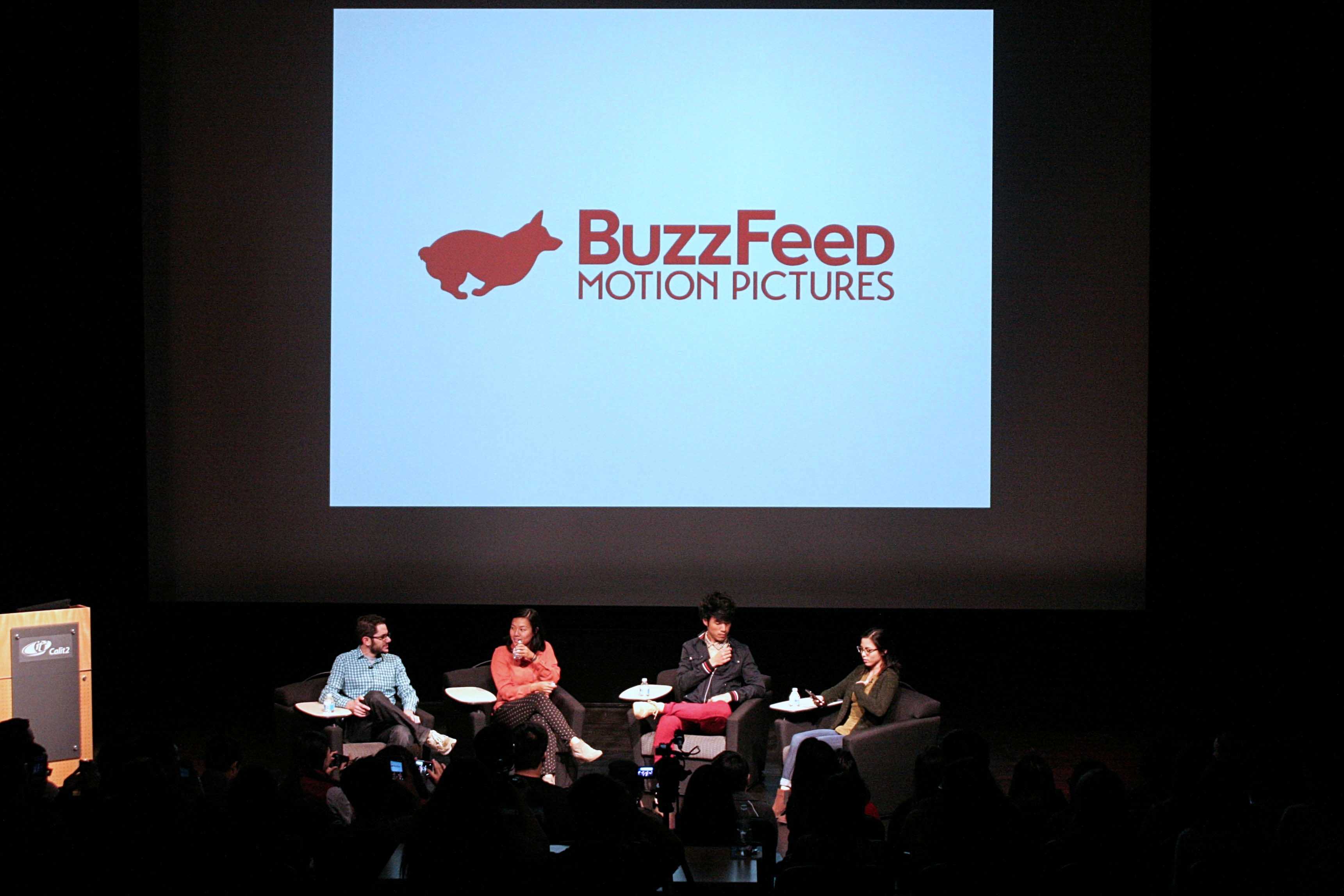 Artistic Director for the Pacific Arts Movement Brian Hu told the UCSD Guardian that his organization chose UCSD to hold the event because of its well-informed student body.

“UCSD is a hotbed in thinking about the intersections between creativity and media technology, and its students tend to be on the forefront of many of these intersections,” Hu said. “They don’t need to be introduced to topics of race and the Internet, or to the topics raised by BuzzFeed, and so we are able to have more advanced conversations.”

Akana began the panel by asking about the thought process involved in creating videos. Video Producer Eugene Yang explained that the content is based on the passions of the producers.

“Essentially, everyone can be themselves,” Yang answered. “[BuzzFeed has] producers who make what they love and what they want to do, and it’s a reflection of their experiences. Some people love corgis, and some love [to discuss] very serious race issues.”

During the presentation, the panel screened one of BuzzFeed’s most-viewed videos, “If Asians Said the Stuff White People Say.” Yang described the video as the first of its kind to tackle racial issues and set the stage for videos involving similar topics.

“That was arguably the first racially-oriented mega-viral video,” Yang said. “It was great because it was setting a new precedent for us to explore these types of issues through comedy but also in a way that was really direct and tantalizing.”

Akana commented on the increase of the more culturally focused videos, believing them to gain popularity as a result of audiences relating to the content.

“I’ve seen a lot of racially-charged videos from BuzzFeed going viral all the time,” Akana said. “I think a lot of people who find themselves underrepresented get to see themselves in these videos and relate to them so much.”

In terms of the inspiration behind the prevalent Asian-American content on BuzzFeed, Video Producer Abe Forman Greenwald shared that passion and learning are what drive him.

“I think it’s both [a passion choice and learning new things] because I want to learn as much as I can,” Greenwald said. “I’m not Asian-American, but it’s a community that means a lot to me … I do like a mix of things that reflect me and explorations of other people trying to tell their stories.”

Senior Business Analyst Mallory Wang explained to the audience that the way BuzzFeed has approached YouTube video comments has changed throughout the years.

“I feel like YouTube is the harshest platform in terms of feedback because people are very opinionated about the content, which is good and hurtful in some ways,” Wang said. “I feel like a lot of them have accepted what we do and try to expose, and I think that’s awesome because I feel like we’ve grown our viewer base, but we’ve also grown with them.”

At the conclusion of the event, Muir College junior Katherine Syhanath shared that she believes BuzzFeed has impacted the Asian-American community.

In addition to hosting the forum at UCSD, SDAFF screened Taiwanese cinema and Reunification, a documentary by UCSD alumnus Alvin Tsang.