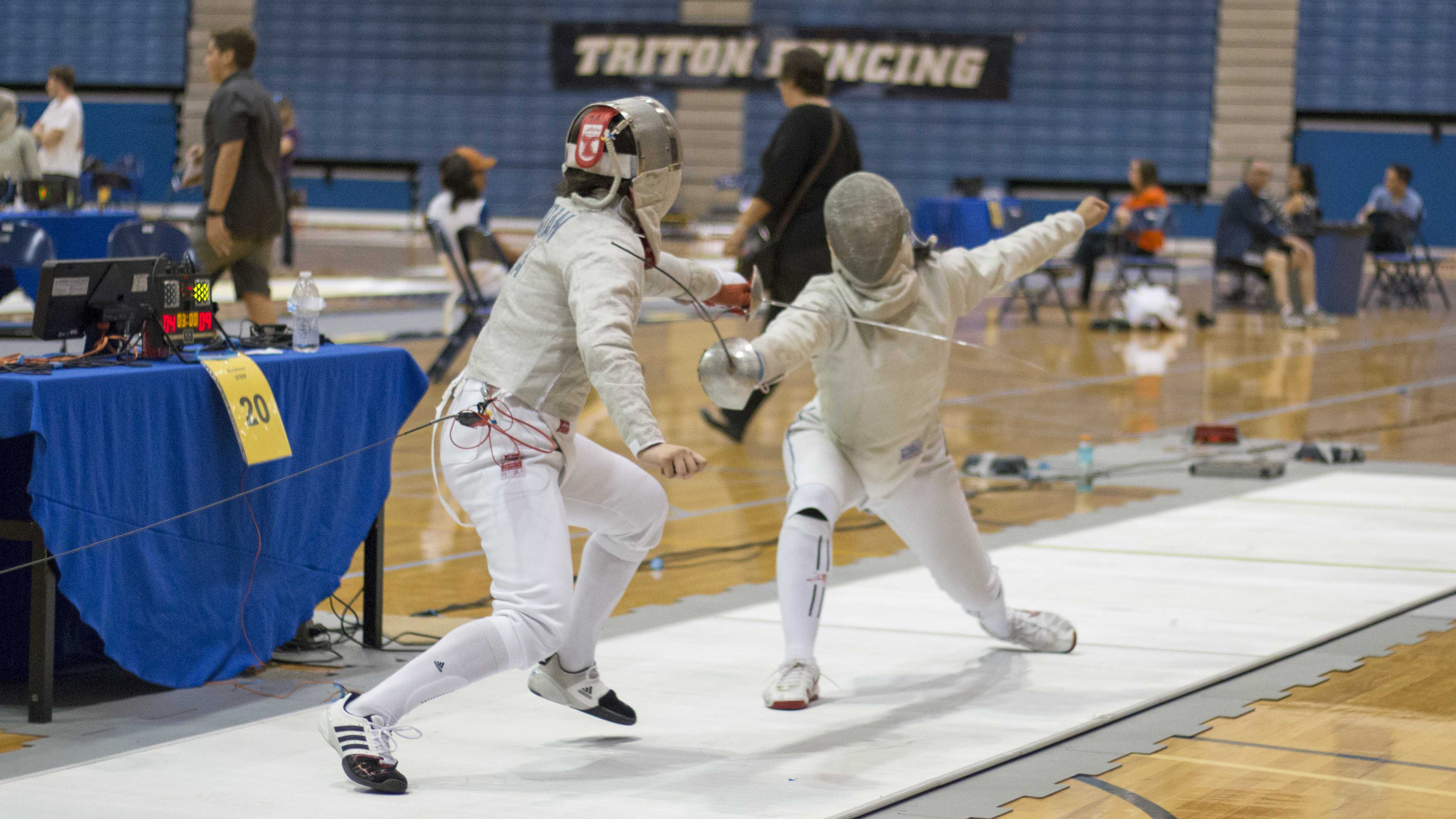 This past Saturday and Sunday, the UCSD fencing team hosted its annual BladeRunner tournament at RIMAC Arena where sophomore foil David Hadler and freshman sabre Leanne Singleton-Comfort were able to win golds in their respective matchups.

During the weekend, RIMAC Arena featured 342 fencers from various collegiate and club levels. Aside from the Tritons, the fencers that participated in the tournament came from all over the map, from all over California to some of the East Coast clubs. The tournament was split into men’s and women’s sections, with athletes competing in the epee, foil and sabre. The tournament started off with pool play which consisted of five-touch bouts and progressed into direct elimination rounds, which were 15-touch bouts.

Hadler emerged victorious from his division of men’s foil, climbing the mountain over 37 other competitors. In the pool play, Hadler went 4-1, scoring 21 touches with 11 against for a +10 indicator. For the final gold medal bout, Hadler faced off against Maxwell Yee of the Los Angeles International Fencing Club, winning the bout 15-11 to earn the gold. This season, Hadler won a gold medal on Oct. 25 at the San Diego Open and is doing exceptionally well, going two for two in his gold-medal showdowns.

Also in the men’s foil, freshman Andrew Hou earned a bronze for tying at the third position. Teammates Hou and Hadler faced off against each other in the semi-finals round, from which Hadler advanced with a 15-10 victory.

Junior epee Sean Callaghan was placed in the large pool of 95 participants for the men’s epee, and he eventually emerged in the winning circle as well, performing spectacularly to secure the third-place bronze. Senior sabre Drew Dickinson competed in the men’s sabre among 69 other competitors until he too eventually emerged in the winning circle with a third-place medal.

Singleton-Comfort won the gold medal in the women’s sabre, which had a competitor’s pool size of 46 fencers. The freshman performed like the gold-medalist she is as she went untouched in the pool play, posting up a 6-0 record with a +20 indicator. She earned her gold medal after a 15-10 victory against Mikaela Avakian from the AG Fencing Club.

This was the first times since 2011 that UCSD emerged from the BladeRunner Tournament with a pair of gold-medalist winners.

The UCSD fencing team next looks to compete at the Intercollegiate Fencing Conference of Southern California Duals on Nov. 21, which will be held at UC Irvine.