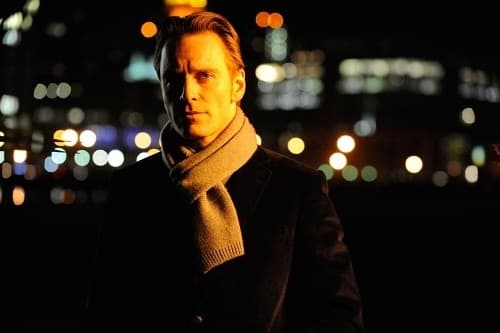 Obsessive men who dwell on the past, look to the future and leave their families behind are hardly new territory for Michael Fassbender, especially after appearing in Steve McQueen’s 2011 masterpiece “Shame.” The two form a perfect companion piece, a complementary duo that balances the occasionally saccharine taste of “Steve Jobs” with the bitter notes of “Shame.” Fassbender portrays young executive Brandon Sullivan, a sex addict whose need for gratification controls everything in his life, from a literal step to a cursory glance. That parasitic need compelled him to lure women out and leave them behind in what quickly became a nightly ritual. The day is dedicated to his compulsions, all at no cost to his personal life because he refused to acknowledge one. He’d reduced life to mini-transactions. Conversation with home-crashing sister? No, just nod and yell if necessary. The energy will be better spent on tomorrow’s hunt. Left with little energy for anything else in the day, the minor nuisances of life become infuriating problems.

Fassbender’s Steve Jobs is a portrayal of a man similarly unable or unwilling to balance his energies and quietly suffering for it. The prodigal finesse and passion present in his professional life was entirely absent from his relationships. He refused to acknowledge the paternity of his daughter and the ensuing financial stakes because it didn’t register on the only radar he feels a genuine compulsion to check — Apple’s. Outright refusing to recognize the grime and sweat involved in his pristine Mac, Jobs keeps his focus on the stage. Untethered from any human connection that requires continued reciprocity from him, it’s no surprise that he cared so much about showmanship and its benign artificiality. Fassbender is all honesty and able to take the form of men from all walks of life, giving you a genuine rendition of their psyche because to him, it’s more than just a job — it’s a duty.