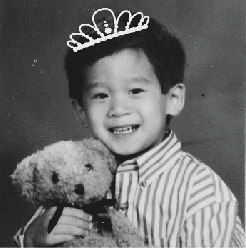 Think back to sex ed in grade school — were the memories that just flooded to your mind positive? I can’t speak for everyone, but I can attest that my sex ed was by no means arousing or provocative in an educational way. In the fifth grade, sex ed involved some ancient VHS tapes with “doctors” and diagrams of the male sex organ where I learned that the scientific word for my “little bird” was “penis.”

When puberty rolled around, my hormones sent subtle signals for me to engage in teenage lust. I got to hold hands, have my first kiss on the cheek — and even the lips! But freshman year sex ed showed me what an STI can look like firsthand — definitely not a turn-on. Not only did it make me want to follow the path of celibacy by pushing abstinence, it did not take a second to teach me about consent and safe sex, how to respect my partner(s) in all situations sexual and non-sexual and how gender inequalities persist in the public’s perception of gender. For me, sex ed really missed the mark at teaching the social aspects of sexuality.

What high schools really need is comprehensive sex education that discusses gender norms in relation to sex. According to Nicole Haberland’s study published by the Guttmacher Institute, sex education courses that discussed gender in relation to power were five times more likely to not have students who would later contract STIs or have unintended pregnancies. The case study included 22 schools, and 10 schools took time to discuss gender and power. Eight of the 10 schools showed a significant decrease in STIs and unplanned pregnancies.

According to a study in the Journal of Urban Health, deconstructing traditional ideas of masculinity promotes the use of contraceptives during sex, while adherence to traditional curricula results in a higher tendency of sexual coercion and relationship violence. Thus, discussing gender and power in sex ed classes for high schoolers can have a healthy and positive impact on young adults’ forays into sex. Admittedly, the sample size from Haberland’s study is small, but the research provides a nuanced solution for how to discuss gender inequalities at an early age and how to disseminate it en masse.

Furthermore, Haberland found that critical thinking on how gender norms manifest, personal reflection on how sex and power relate in one’s own life and looking at one’s ability to impact relationships and community were key concepts in these sex ed courses. Fear-based strategies — like repeatedly mentioning unintended pregnancies or potential to contract an STI — should be replaced with a discussion of sex as pleasurable and discussed with the inclusion of non-heteronormative norms.

It’s a tweak to sex education that can dramatically change social perceptions. We should aim to educate our youth to think critically about the gender inequalities and social perceptions surrounding sex. Sex should not be a taboo subject of discussion, but one we can all draw on for empowerment and, of course, for our personal enjoyment.