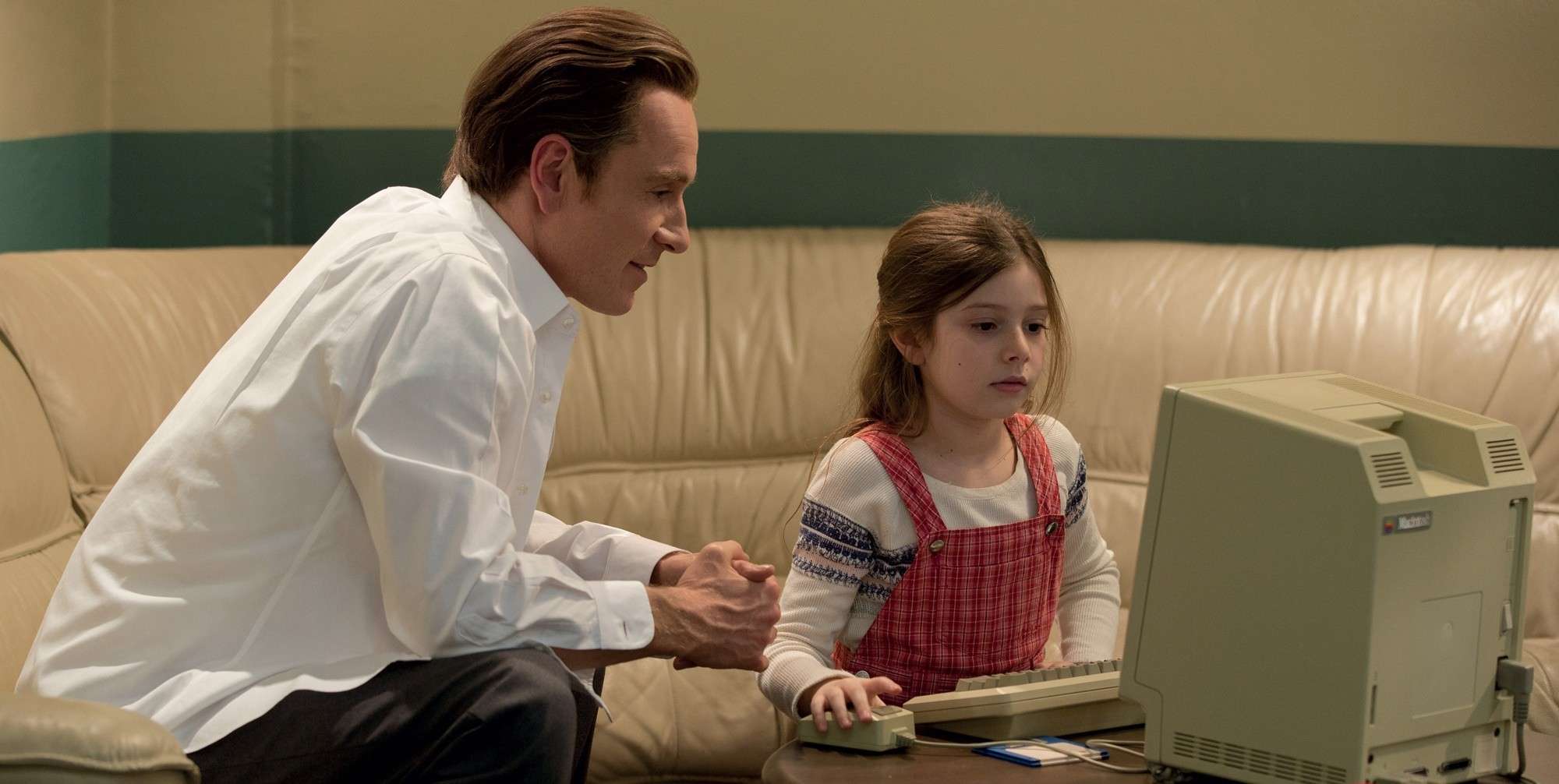 Just as its titular character did in real life, “Steve Jobs” repeats itself furiously to produce eye-opening results.

Built with the crafty direction of Danny Boyle and programmed by the wildly talkative mind of Aaron Sorkin, “Steve Jobs” showcases the rich potential and personal cost of uncompromising genius.

The story is uniquely told in just three speech-heavy scenes, each of which is distinct in its visual style and in its depiction of who Steve Jobs was.

Opening with the grainy appearance of 16-mm film, the first half-hour scene follows a very dirty and determined Jobs. He has a bright vision of the future, as well as Apple’s place in it, and won’t allow anyone to muddle it. Even his daughter, whom he adamantly denies paternity of, must stand behind the fences as he attempts to bulldoze the deficiencies of the present and build atop the ruins of his technological utopia.

The film then shifts in the second act to a more fluid and captivating 35-mm film to tell the story of Steve Jobs’ redemption. Here, he is full of vengeance, seeming almost childish. But as the camera leads us eagerly through his cleverly-constructed maze, we once again realize his unparalleled intellect.

Finally, more than a decade later, both the film and Jobs end up back where they started — the launch of the Mac. This time, however, it is shot with the pristine detail of digital photography, allowing us to uncover the humanity beneath Jobs’ rough surface. We finally get to see that he genuinely appreciates his colleagues, loves his daughter and wants to build a better world.

Though satisfying and conclusive, the film’s final act lacks the tension and bite of the first two, ultimately finishing on too high of a note. This positive ending compromises the film’s honesty, prompting the audience to fantasize about what its original director, David Fincher, would have done to leave them startled.

Despite this, “Steve Jobs” is a package stuffed and wrapped tightly with incredible talent, boasting a quartet of masterful performances, all of which are easily among the best of the year.

Jeff Daniels and Seth Rogen — two unexpected choices for this kind of film, especially Rogen, a comedic veteran who is a rookie to the realm of drama — prove to be more than worthy adversaries to the colossal personality of Steve Jobs. By confronting him head-to-head, they accomplish the ironic task of getting the audience to hate Steve Jobs.
However, neither is as worthy as Kate Winslet, who portrays Apple’s marketing executive and one of Jobs’ closest confidants, Joanna Hoffman. Winslet exhibits Hoffman’s ability both to stand up to Jobs and to keep him grounded.

Michael Fassbender, however, had the toughest task, not only because he was playing the leading and most iconic character, but also because he had to take over the role from acting behemoths, Christian Bale and Leonardo DiCaprio (as well as Ashton Kutcher, of course). Both had accepted the role before Fassbender but walked away for unknown reasons.

Despite this and his lack of physical similarity with Steve Jobs, Fassbender convinces the audience to believe that they are the same man. Paired with Sorkin’s thick and unrelenting script, he seduces us into following him on his bright and messy quest toward his future — our present.