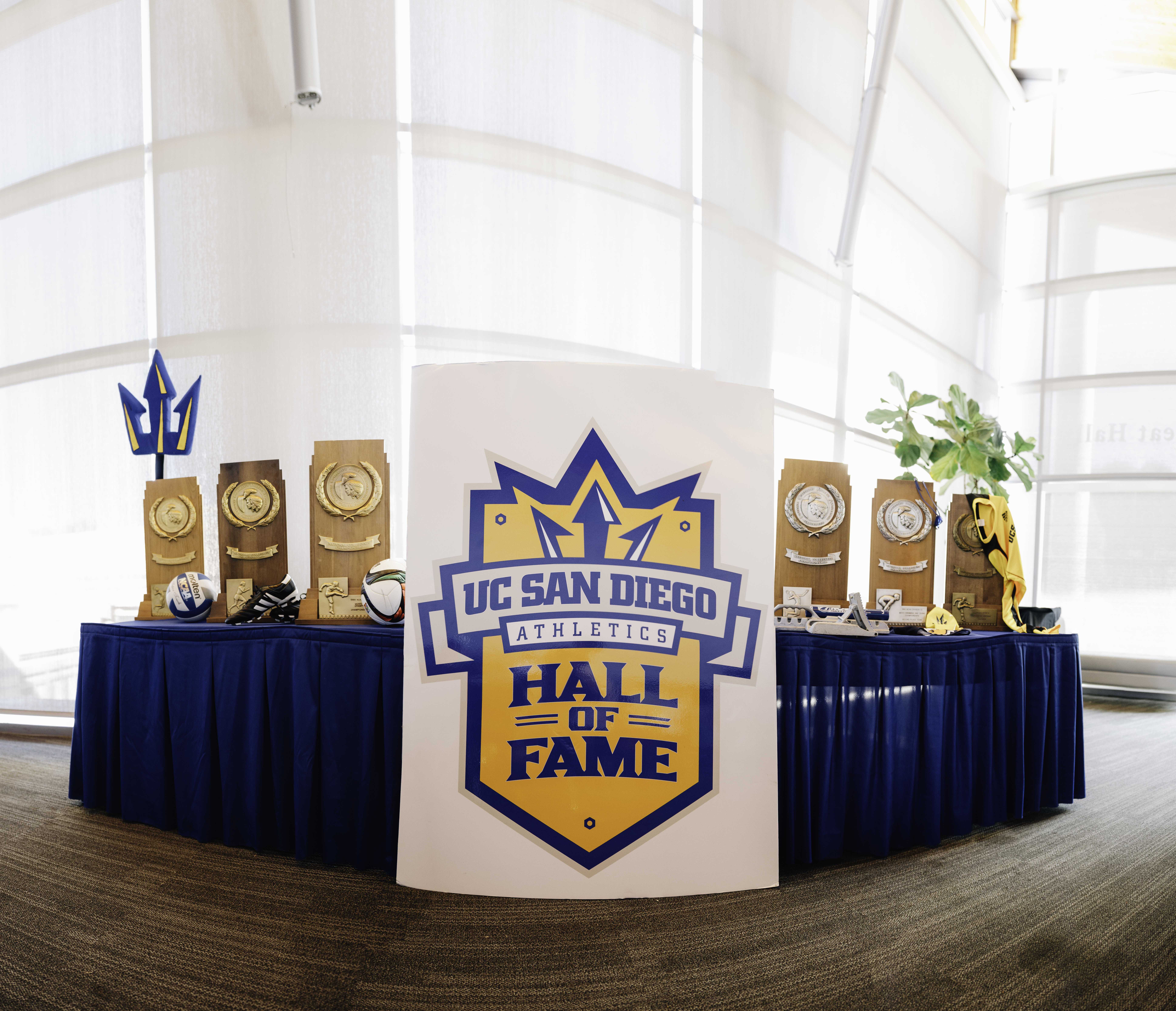 Exceptional student-athletes, 1985 Women’s Soccer National Champions recognized for their contributions to the legacy of UCSD Athletics.

“To succeed you need to find something to hold onto, something to motivate you and something to inspire you,” UCSD Athletics Director Earl Edwards said. “No one can doubt the level of importance we have come to attach to sports and success in our society. Those who participate in sports at any level are striving for success. That success can be an elusive thing to attain.”

The UCSD Athletics Hall of Fame recognizes elite athletes who attained success in their sport and helped build the legacy of UCSD Athletics to where it stands today. The first class of athletes was recognized in 2013; to date, 19 honorees have been enshrined in the Hall of Fame. Since the beginning of athletics at UCSD, the Tritons have won 30 team national championships and 138 individual national titles. 1,243 student athletes have been named to All-America teams.

“You can be the most physically gifted athlete in the world, but really, it’s 90-percent mental,” former goalkeeper Siljander said about success on the field. “Things might go wrong, but you just need to put it behind you and move on. In all of my years of playing, there was never a time where someone scored and I thought I couldn’t have saved it. But you can’t obsess over those things.”

Along with the four Hall of Fame nominees, the Athletics Department recognized the 20th anniversary of the 1995 Women’s Soccer Championship win.

“This is an incredible group of ladies with a great sense of team and camaraderie and a great work ethic,” 1996 graduate and women’s soccer team member Amanda Johnson Lee said. “We worked hard, and we played hard and for that we achieved great results. We started an impressive string of national championship [appearances]. It was so fulfilling to win that title our senior year, and we will always take great pride in that season.”

“[Playing] sports has an amazing ability to show us the best that we can be and the best our society can be,” Edwards said. “Most of us gravitate toward the things we are naturally good at and the things we love doing. Improving and developing gives us the sense that we are doing well and further encourages us. It gives us pride in our most modest achievements, and that’s how it should be.”