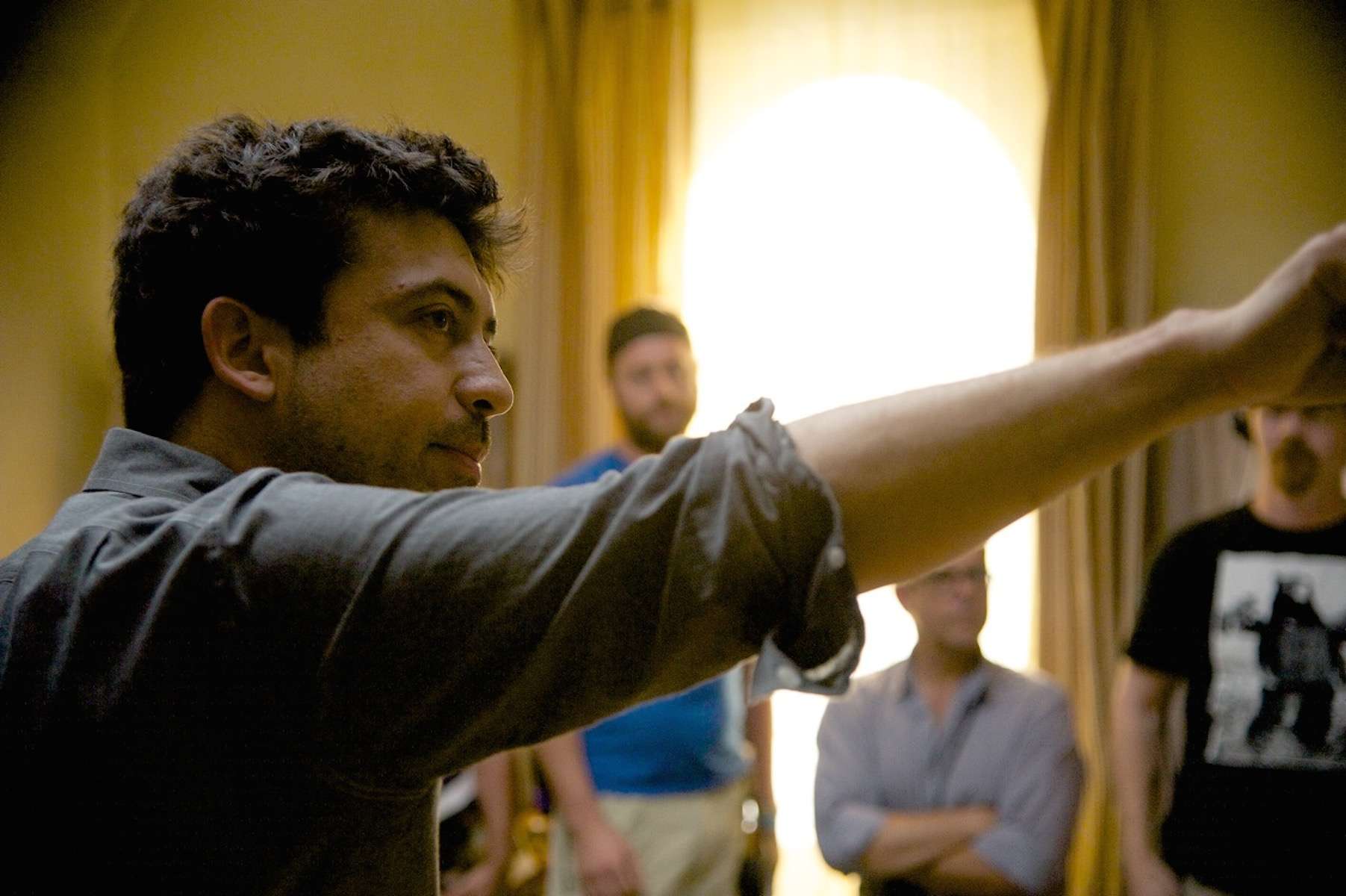 Alfonso Gomez-Rejon, the amiable director of a Sundance Film Festival winner, drops insights on everything from filmmaking to family.

It’s that time of year again. Right about now, there’s always demand for some attention-grabbing coming-of-age story based off a young adult novel – basically think of anything adapted from John Green or starring Shailene Woodley, and you have the general idea. This year is no exception, thanks to Sundance favorite “Me and Earl and the Dying Girl,” which was adapted by the novel’s author Jesse Andrews and won both the Audience Award and Grand Jury Prize for Best Drama.

The film’s director, the very personable Alfonso Gomez-Rejon, began his career as an assistant for icons like Nora Ephron and Alejandro Gonzalez Inarritu before making a name for himself directing episodes of “Glee” and “American Horror Story.” “Me and Earl” is only his second feature film, but it is an extremely mature sophomore effort, handling its story and characters with immense care. The UCSD Guardian got a chance to pick his brain about his influences and what the process was like making this film.

Guardian: Alfonso, what specific influence did Nora Ephron have on your filmmaking and also just on your life in general?

Alfonso Gomez-Rejon: Nora hired me as her assistant first on “You’ve Got Mail,” but immediately treated me like a colleague. And Nora’s influence on me, I mean filmmaking aside, as a director, she’s the smartest person I will ever meet. With the quickest wit, the funniest, there’s no one like her. And she just had so much faith in me from such a young age. But as far as her effect on filmmaking, I mean, we both have different filmmaking styles. I think you make the film that’s reflective of the way you see the world and your point of view, and hers was distinctly hers.

G: What drew you to this project and how did you come to be involved with it?

AGR: Well, this one I read the script and I loved it and I really identified with Greg and his journey. I love that I can celebrate movies on one level as well, but I really identified with his process of befriending someone that was about to be snatched away from him, and how he dealt with that, and how he processes it and how he finds his voice as an artist. And because I had gone through a personal loss also, I really wanted to make this movie and talk about it and deal with my own stuff.

G: In the film, the teacher Mr. McCarthy says that you keep learning about people after they’re gone. So how would you say learning helps you accept difficult situations?

AGR: Well, it’s a great question. Because I was processing my own loss with this movie, it’s about letting go, and it’s about not having regrets. You know there are some times when you lose someone that’s close to you, you regret not having said certain things or embrace the moment. It’s that feeling of regret that sometimes happens after you lose someone, the things you should have said, and I think this in some way is about moving on from those, and it’s okay.

G: The film is certainly very aware of cinematic history. Are there any films you watched beforehand in order to try and channel their influences?

AGR: I saw a lot of Bud Cort in Greg, Harold [from “Harold and Maude”], and I saw a lot of Ben Braddock, you know the Hoffman character [from “The Graduate”], in Greg as well, and I like that approach, these outsiders. I liked the looseness of Hal Ashby and the very controlled aesthetic of “The Graduate,” but it was certainly those two films that I thought this could be in that tradition and certainly “The Breakfast Club,” more than anything in the casting of it.

G: What was your original goal when you started making this film, and who do you think your intended audience was?

AGR: It was a movie I was going to make for myself. And it’s horrible to say that. But I thought it was universal. I thought the screenplay offered me an opportunity to process loss in a way that I hadn’t. I had lost my dad shortly-you see, it’s dedicated to him. I just really identified with Greg and his journey. And at the end, I love how he’s putting himself back together, learning about her after she’s gone, and that was okay. And I thought maybe I could learn about letting go and I can learn about integration by making this movie. And so I did it because I thought it was funny. I thought it was moving, and I thought I could make a good movie out of it, but I mainly did it because I thought I could express myself and tell a personal story, which is very different from television directing. So, that’s what drew me to the story. And in short, the big movie was for my dad the way the little movie that Greg makes for Rachel is for Rachel.