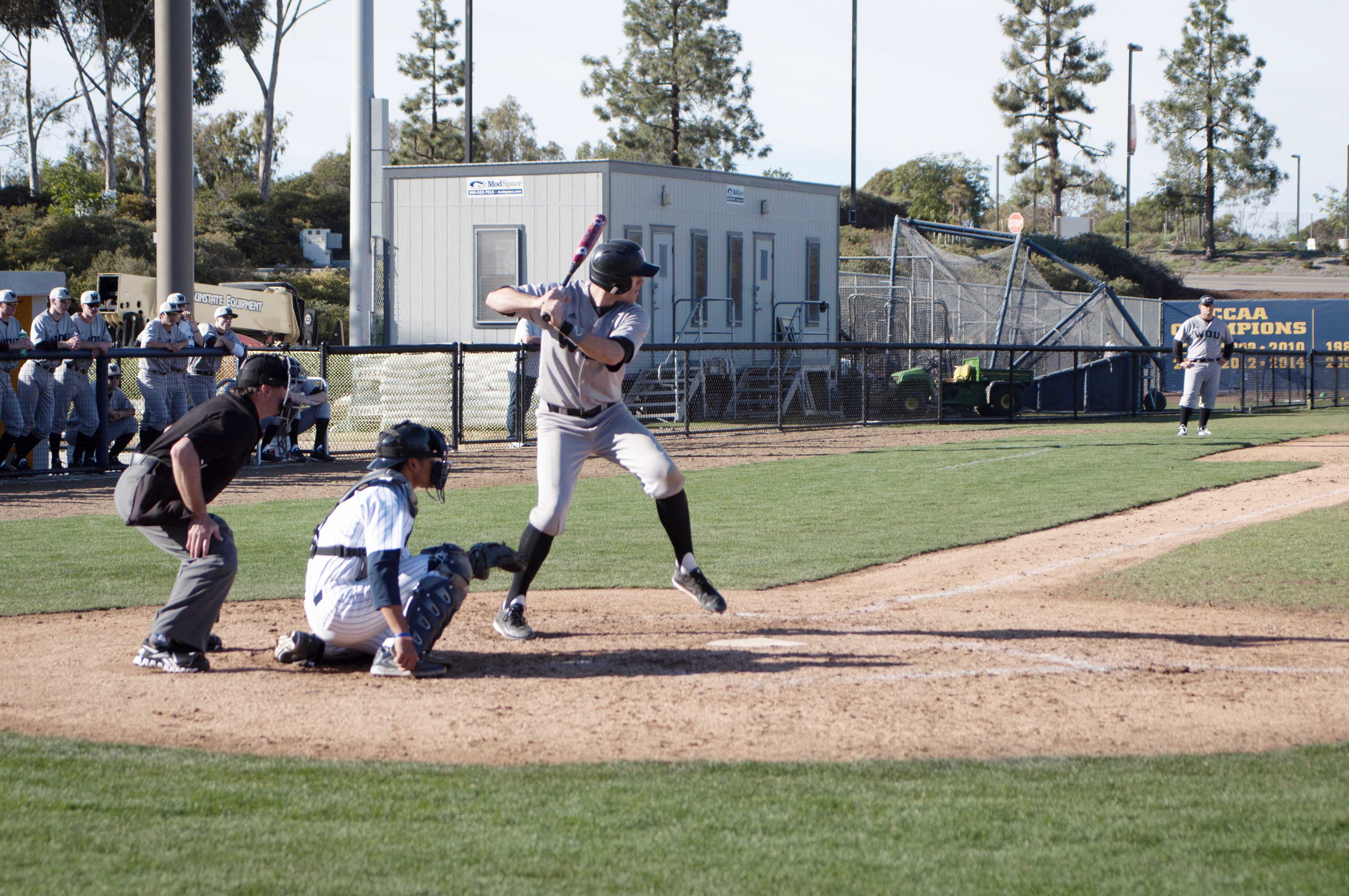 While most of the student body was enjoying spring break, Triton baseball took a clutch California Collegiate Athletic Association series win on the road at Sonoma State University, bringing UCSD’s record to 22–9 overall and 18–5 in the CCAA. UCSD currently sits in first place in the CCAA with Cal Poly Pomona trailing at 14–6 in league play.

Game one at Seawolf Diamond was scoreless through the first six innings. UCSD struck first in the seventh inning, putting in one run and continued into the eighth with three more runs. Junior right-hander Justin Donatella (6–1) was at the helm of the six-frame shutout from the Seawolves and was credited with the 4–3 win.

“I thought the guys really competed in a tough environment, and without [sophomore outfielder] Jack [Larsen] and [senior outfielder Mike Mann] in the lineup,” UCSD head coach Eric Newman told the Athletics Department. “If we are going to become the team we want to become, it’s going to take everybody, and the guys really bought into that today … That’s the kind of team win that we have been looking for, and I’m proud of the effort we gave today.”

The team split Saturday’s doubleheader, winning in the morning 4–1 before falling 5–3 in the seven-inning nightcap. Junior infielder and All-American Troy Cruz (5–2) capitalized on a bad throw before reaching home from third a few batters later off a single from redshirt freshman catcher Steven Coe. Junior right-hander Alon Leichman (5–0) was on the mound for the Tritons, allowing just six hits in as many frames and one earned run on 79 pitches.

Even with a 3–1 lead going into the bottom of the sixth, the Tritons were unable to win the second game of the doubleheader. The Seawolves edged them out with a four-run inning in the bottom of the frame. Senior left-handed pitcher Trevor Scott (4–4) was credited with four earned runs from the mound on five innings pitched and the Tritons’ loss. Cruz managed three walks in the second game to tally 26 total on the year — the best in the CCAA.

Cruz took the mound to lead UCSD to the series win on Sunday, pitching eight frames with three runs on six hits and six strikeouts. The eighth-inning appearance was his longest of the 2015 season thus far.

“To say he pitched with a lot of courage would be an understatement,” Newman said. “He fell behind early, but we didn’t do him any favors defensively in the first inning, messing up the first-and-third delayed-steal situation. Troy pitched an incredible game after that … He had command all day long and was mixing his pitches, attacking the strike zone and keeping hitters off balance. He pitched great when we needed him to pitch great.”

Sonoma State sent runners across base twice in the first, but were silent until its one-run seventh. UCSD struck offensively in the fifth and sixth, scoring two runs in each to ultimately win 4–3 and take the series.

UCSD next sees action in a critical matchup against second-place Cal Poly Pomona tonight, Thursday, April 2, at Triton Ballpark with a 6 p.m. first pitch scheduled. The Tritons will meet Pomona again at Friday at the same time and place before heading to Pomona on Saturday to finish the series with a doubleheader scheduled for 12 p.m. on Saturday.