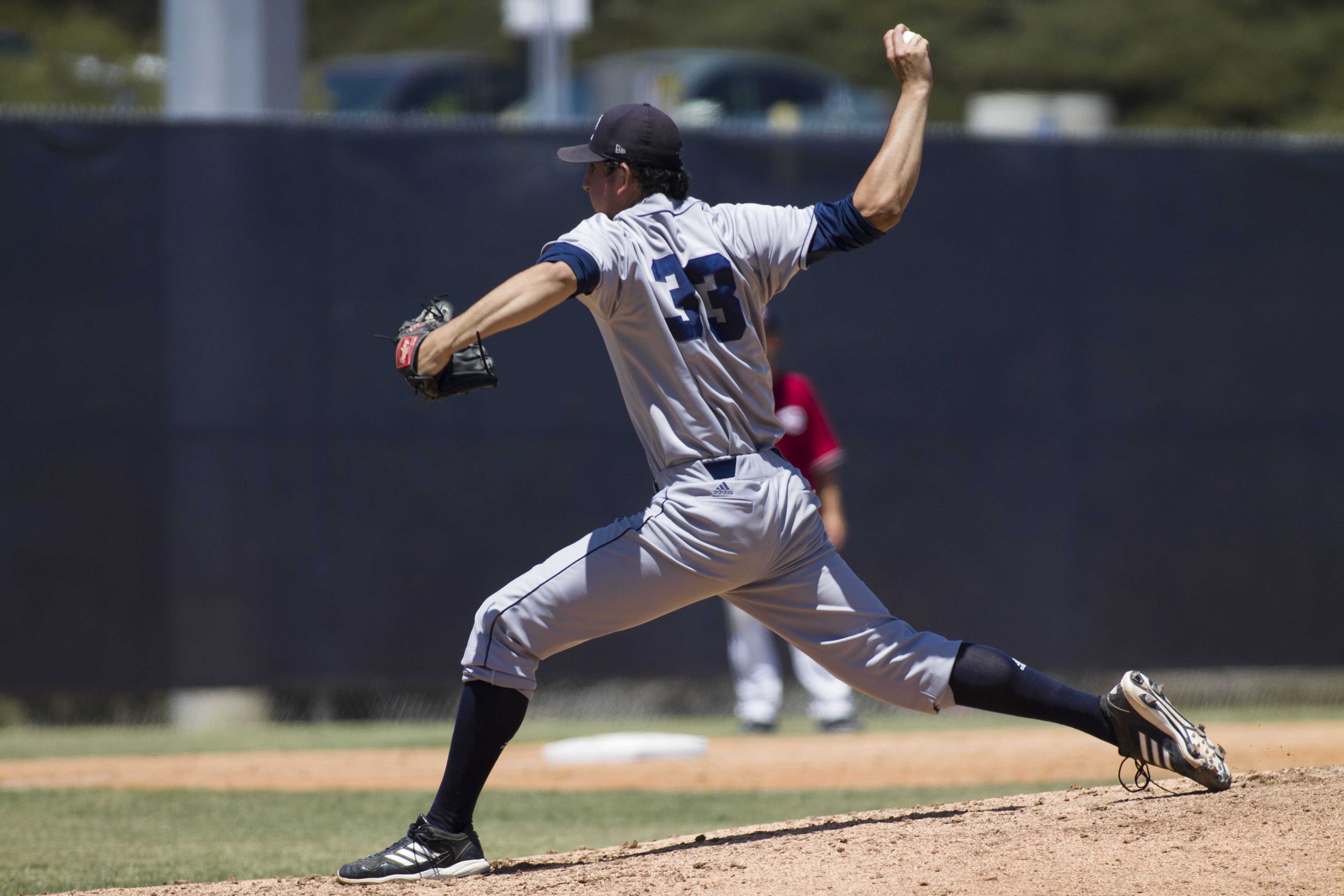 No. 28 UCSD sweeps the series against CCAA rival No. 20 Chico State and now rides a five game winning streak.

The No. 28 UCSD baseball team extended its win streak to five after a four-game series sweep of California Collegiate Athletic Association rival No. 20 Chico State. The Tritons now stand at 17–7 overall and place first in the CCAA with a 13–3 conference record coming off their fourth-straight conference-series win.

With 16 games played, UCSD is enjoying a four-game advantage over second-ranked Cal State Monterey Bay (9–3) in the conference.

The Friday night opener at Triton Ballpark offered a marquee matchup on the mound as junior right-hander Triton ace Justin Donatella (4–1) swapped innings with Chico State All-American senior right-hander Luke Barker (1–1). Donatella prevailed in the end with a 6–0 shutout win after just over seven frames. He also struck out nine to bring his total to 42 strikeouts in 2015, the best of any pitcher in the CCAA, and lowered his ERA to 0.28, also a conference best.

“Really the focus for me today was winning pitches,” Donatella told the UCSD Athletics Department. “I try to make it just like every other start, but there’s going to be a little adrenaline going whenever you play these guys.”

With his unbelievable 31-inning shutout streak and superb performance in the Chico State series in tow, Donatella was recently named one of the Louisville Slugger National Players of the Week at all levels of collegiate play.

Saturday’s doubleheader brought the Tritons a 10–7 win in game one and a 4–3 victory in the seven-inning nightcap. Sophomore outfielder Jack Larsen stretched his conference lead in RBIs to 27 on the day, adding five. Larsen also produced two doubles in game one and a triple in the nightcap.

Senior southpaw Chad Rieser (0–0) was credited with both saves on the day, bringing his season total to three. Rieser followed fellow senior southpaw Trevor Scott (4–2) in game one and transfer junior right-hander Alon Leichman (4–0) in the second game to end their winning decisions. Rieser dug himself out of a tough situation in game one with the tying run at the plate in the ninth inning for the first save.

“In those kinds of situations we always talk about slowing the game down.” Rieser said. “Taking it pitch-by-pitch, focusing on the game and slowing down my breathing.”

Sunday’s 4–2 win completed the sweep with junior right-handed pitcher Troy Cruz (3–2) taking the mound to bounce back from his previous two losses. Redshirt freshman left fielder Justin Flatt and freshman third baseman Tyler Plantier, had productive days at the plate with the former extending his hit streak to nine games and the latter producing three RBIs.

“We’ve been trying to talk all week about the mental toughness it takes to play against a team like this,” UCSD head coach Eric Newman said. “Every game was a good game — every game was tight at the end and you really saw guys embrace the opportunity throughout the weekend to make a play.”

UCSD will break from play for finals week, but pick up again at home with a split-series against Cal State San Bernardino scheduled to start at 6 p.m. on Saturday, March 21. While the first pair of games will take place at home, the series will move to San Bernardino for the final two games, both on Sunday, March 22. The Tritons are expected to extend their winning streak against a struggling San Bernardino squad who sits in ninth place in the CCAA.