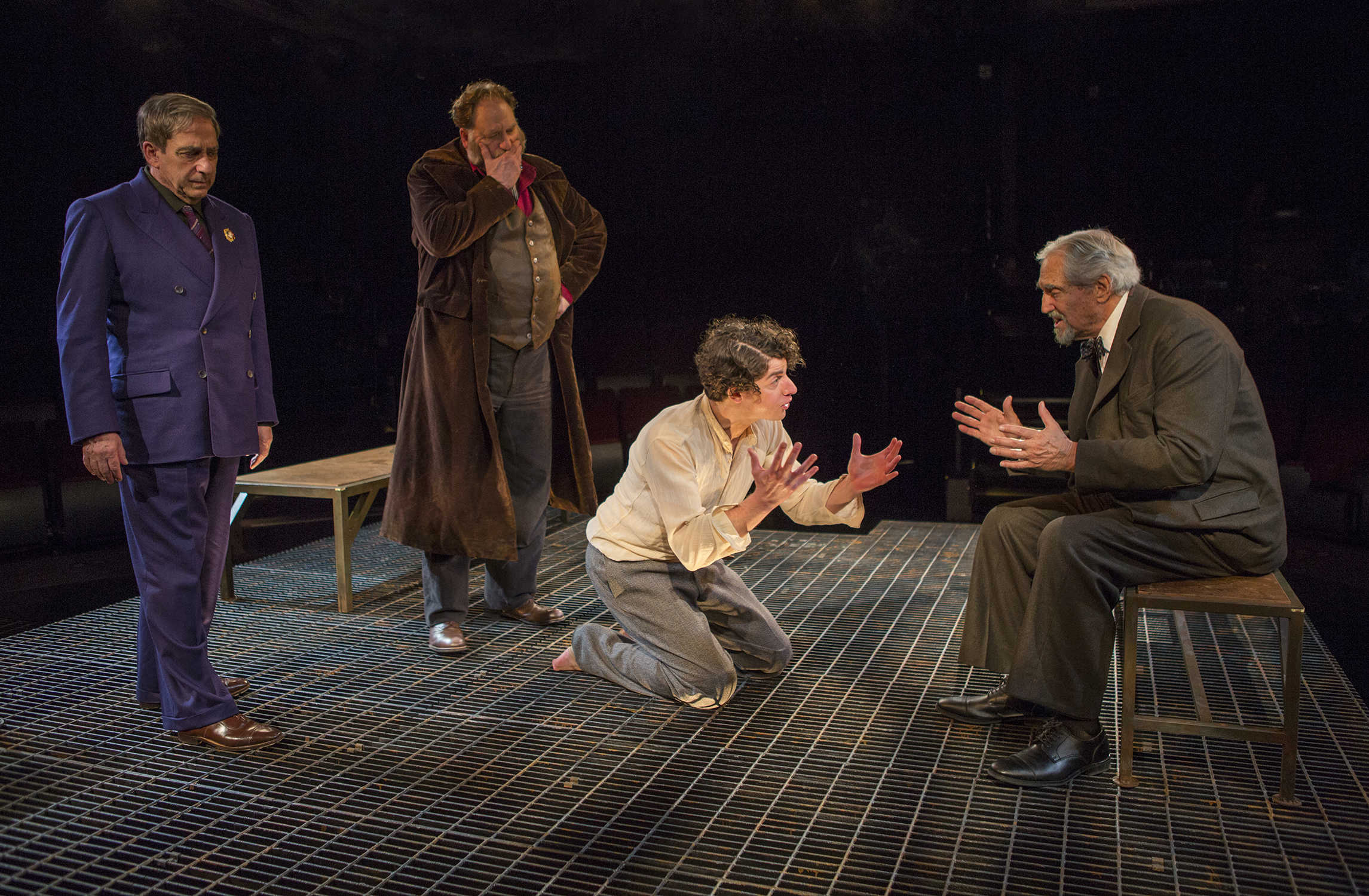 “The Twenty-Seventh Man” treads the line between terror and ecstasy. 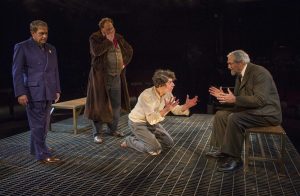 The lights go up on three old men — broken, drunk, bewildered — pacing a small cell. “The Twenty-Seventh Man” focuses on the last hours of four of the Yiddish language’s best writers and poets as they await execution in a Soviet prison. The play is both intensely personal and incredibly culturally specific, referencing   both the writings of the Yiddish writers who were actually imprisoned on the Night of the Murdered Poets (the characters of the play are fictionalized versions) as well as utilizing elements of the Jewish culture in the Soviet Union in general.

Perhaps one of the most enthralling elements of “Twenty-Seventh Man” is that it remains so watchable and thick with tension in spite of not a great deal actually happening on stage. The three major Yiddish writers — Yevgeny Zunser (Emmy and Tony Award winner Hal Linden), Vasily Korinsky (Robert Dorfman) and Moishe Bretzky (Ron Orbach) — are all trying to come to terms with the reality of their imprisonment and the reasons for it when an amateur writer, Pinchas Pelovits (Eli Gelb, “The Thickness of Skin”) is dumped into their cell wrapped in a carpet. Unraveling the mystery of his incarceration with them becomes central to the entire question of why they have been locked up and what it means for the Yiddish language.

Each of the players is absolutely engaging to watch in the intimate space at The Old Globe’s small “in the round” Sheryl and Harvey White Theatre. Dorfman’s Korinsky has the clearest character arc to work with, going from a slavish devotee of Stalin (who, in history, had done a great deal in supporting the Yiddish-speaking cultural arts before summarily destroying them later in his life) to a disillusioned man who must come to terms with the fragility of his own accomplishments. But each of them, even the “nobody” Pelovits, has their own struggle to deal with.

The cast is very much at the top of their game, all playing off of each other well enough to bring the audience to tears at points. The technical elements are all up there with them: The stage has an interesting mechanical conceit, raising and lowering to create new configurations of set, and the sound design creates both the oppressive atmosphere of the prison as well as the sense that there is an invisible and powerful world of stories and storytellers just beyond the walls of the jail cell.

Many plays like this one — following men who are to be executed inside a dark prison cell — could be tempted to be simply oppressive and dark. In this kind of setting, it’s so easy to beat into the audience that the horrors of prison life reveal the equal horrors inside men. “The Twenty-Seventh Man” must be congratulated for doing nearly the opposite: Its four prisoners become almost ecstatic near the end, reaching a deeper understanding of their art and themselves. Instead of ending on a pure note of darkness, “The Twenty Seventh Man” ends with the words “I liked it very much.” We leave the theatre with the same sentiment.