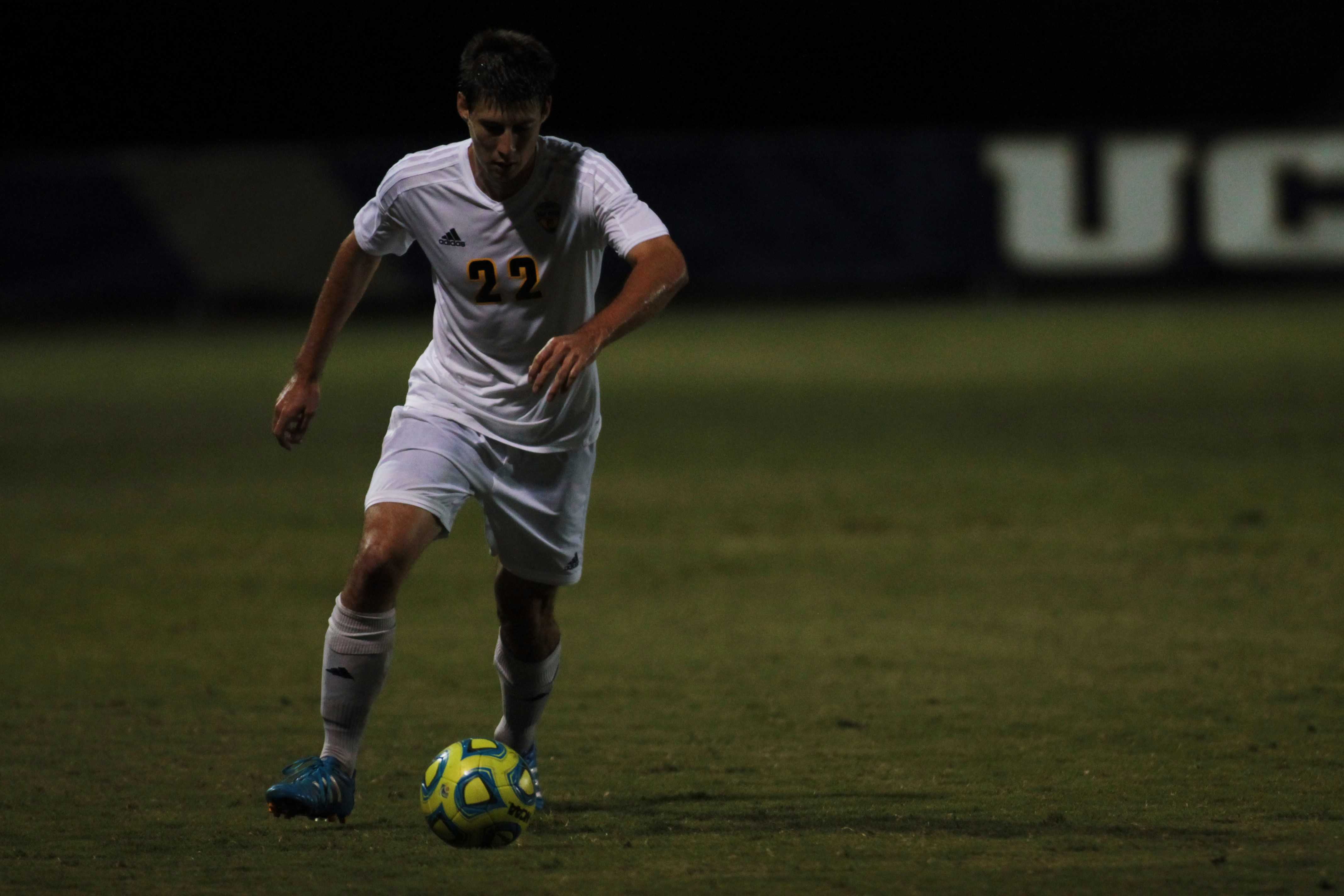 This past weekend, the UCSD men’s soccer team suffered a disappointing setback as it claimed just one point from two in-league away games. The Tritons were held to a goalless draw against Cal State Monterey Bay on Friday and suffered a 2–0 defeat to San Francisco State on Sunday.

Friday’s game saw UCSD travel to the Otter Sports Center, bringing with it a run of four unbeaten games and a perfect record against Cal State Monterey Bay in the previous four encounters. Though the home side looked to be an easy contest on paper, with a record of 2–6–3 coming in to the match, the Otters gave no leeway to the Tritons.

In an evenly matched first half, the teams managed only five shots between them, crediting a solid defensive display from both sides. The field did appear to open up more in the second period, as both teams had their share of chances.

Sophomore midfielder Riley Harbour led the UCSD offensive, managing a game-high four attempts on goal. However, in spite of his and the team’s best efforts, the match ultimately ended goalless. Junior goalkeeper Cameron McElfresh took from the match an impressive seventh clean sheet of the season.

“As time has gone on, the defense has started to click and I’ve started to feel more comfortable,” McElfresh said. “Everyone really knows how to defend, which makes my job a whole lot easier.”

The draw extended the Tritons to a run of five games unbeaten, though their streak would end on Sunday.

While Friday’s contest perhaps lacked in excitement, Sunday’s match against San Francisco State was a dramatic affair that ultimately ended in disappointment for UCSD.

“We were chasing the game and they played really well,” UCSD head coach Jon Pascale said. “When you go down a goal on the road, it’s really hard to get back into it. We had a couple of chances to do well, but we didn’t capitalize.”

The match began at a blistering pace with San Francisco State’s Jakob Velega hitting the post just 49 seconds into play. The Tritons responded with a flurry of attacking play, managing four shots within the first eight minutes.

Sophomore forward Malek Bashti came closest to scoring for the Tritons when his attempt was cleared just off the line. Despite UCSD’s efforts, it was the hosts that struck first on the 39-minute mark via a well-converted shot from the Otters’ Kevin Johnson.

Cal State Monterey Bay soon doubled its lead after intermission when junior defender Sam Merritt struck home a free kick from just outside the 18-yard box in the 56th minute. Although the Tritons did outshoot their opponents 11–10, they failed to clinch a score for the second straight match.

The 2–0 result brings the Tritons’ overall record to 9–4–2, and drops them to fourth in California Collegiate Athletic Association standings at 4–2–2.

Pascale characterized the tough weekend as a learning experience for his squad.

“‘It was a good lesson in how hard it is to win on the road,” Pascale said. “You need to be mentally tough and really together as a group. To do well in this conference you can’t give these teams anything. We’re gonna need to be at our best to get the results we want.”

With only three regular season matches remaining, UCSD will need to bear down to secure one of the six qualifying spots for the postseason come November. The Tritons will look to avoid losing ground in league standings as they face off against league fixtures again this week at Sonoma State on Friday, Oct. 24 and Humboldt State on Saturday, Oct. 25.