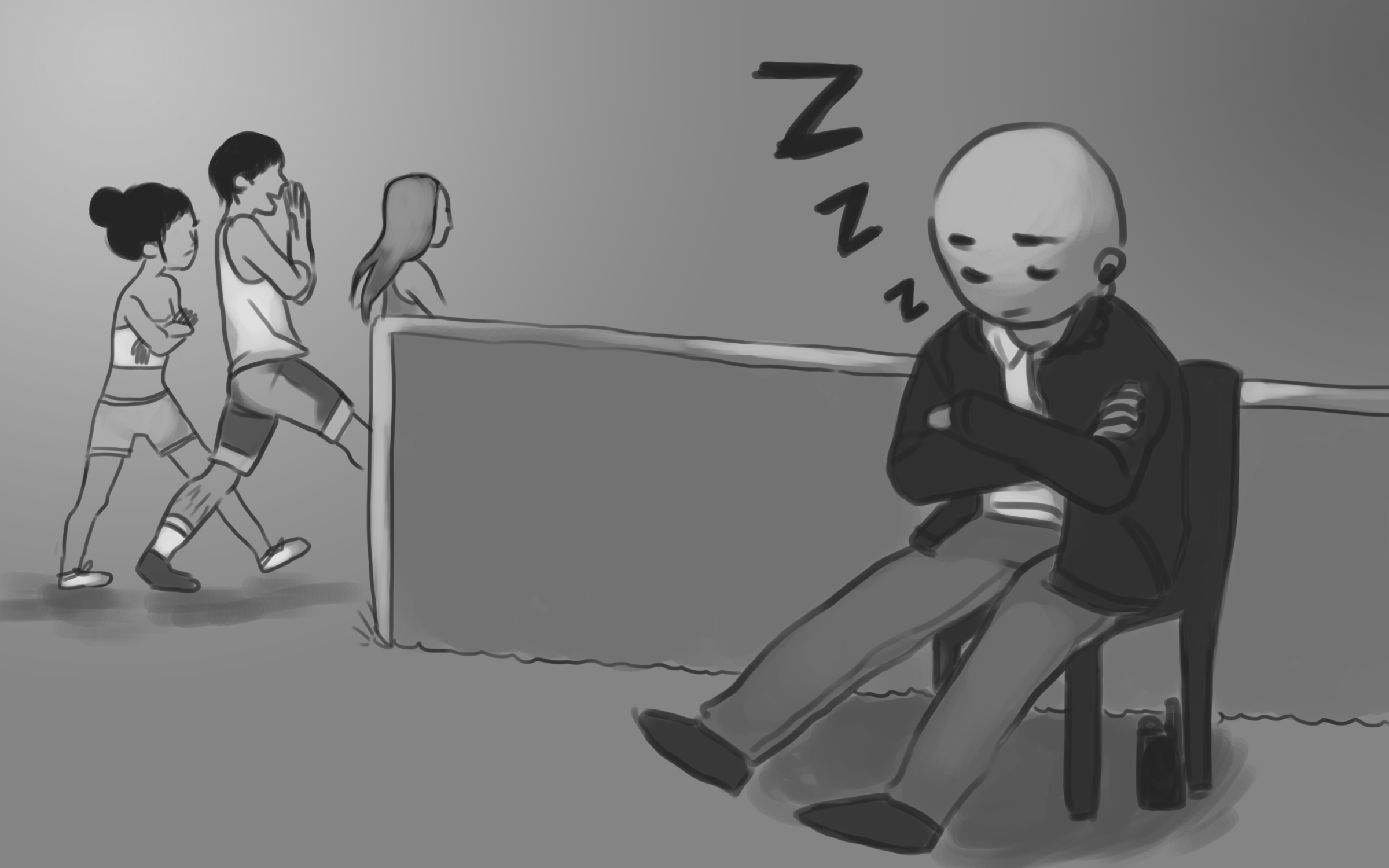 The 2014 Sun God Festival came and went this past weekend — swiftly but not without hitches. This year’s guinea pig festivalgoers saw heightened security measures, many of which we had misgivings about. As the festival played through, however, we were pleasantly surprised to see that these new measures did not seem to obstruct students’ enjoyment.

The new registration system certainly increased the efficiency of wristband distribution. But beyond expediting wristband lines the Thursday before Sun God 2014 and acting as a safety blanket for emergency identification, there were no other obvious benefits stemming from the addition of the barcode, making us wonder if it was worth instituting at all.

One of our primary concerns for this year’s Sun God Festival had been that the security clampdown and the very notion of a more restricted festival would incite even more wild behavior in students. It was widely expected that instances of excess drinking and use of illegal substances would surely skyrocket in defiance of the stricter regulations. Coupled with the abnormally sweltering heat that swept through La Jolla last week, we expected it would be a rough weekend. Luckily, no incidence of a heat-related injury occurred, thanks in part to the success of A.S. Concert and Events’s well-advertised SGF Water Program.

A lot of credit should go to ASCE, which presented a praiseworthy campaign on student safety in the days leading up to the festival. The emphasis on hydration during Sun God 2014 and the promotion of the water station was an excellent call, particularly with the weather conditions.

ASCE’s safety video, on the other hand, fell short. We doubt it held much influence over student behavior; most probably ignored it or muted it, more focused on finishing registration as quickly as possible. What students did pay attention to were the administration’s scare tactics. The no-tolerance stance on alcohol and illegal substances and the rigid, intimidating front seemed to have cowed the student body into behaving itself. It’s sad that such a hardline and severe stance was needed and warranted, but we have to admit that it seemed to have had an effect. According to the Sun God Task Force, the number of arrests decreased 27 percent from last year’s festival. Clearly, students took ASCE and the administration’s warnings and threats to heart, and we commend them on their cooperation.

Despite the increased numbers of personnel, though, the staff was not as effective as students had been promised. Security stationed along Ridge Walk and in restricted housing areas, such as Eleanor Roosevelt College, was quite heavy, but they did not examine wristbands very closely nor did they cross-check student IDs. This made it relatively easy to hide signs of wristband tampering and to smuggle non-UCSD students into the festival or nonresidents into the Village and International House. Granted, close examinations would have caused enormous congestion and a fair bit of annoyance to all of us, so it’s understandable and somewhat welcomed that they could only afford cursory glances as students hurried by. Still, this calls into question how necessary the increased security force really was, especially since the no-guest policy dramatically reduced the number of attendees.

Our largest critique is the extensiveness of the security and campus lockdown for the festival. We can grudgingly understand the reasoning behind blocking off sections notorious for hard partying, like the Village and I-House; in an effort to tamp down on that, we see why administration decided to restrict entry to those areas. However, the sequestering of the Village and I-House was fully publicized, whereas that of ERC was not. Above all, we value transparency in our administration, and the fact they did not openly reveal that ERC would also be blocked off shows a lack of trust in the students. In hindsight, given the restraint students showed during the festival, we feel that this distrust is misplaced.

Overall, administration and its overly enthusiastic security upgrades handled the festival as well as we thought they would, and although there were oversights and excessive measures taken, the positive outcomes exceeded our expectations. But we also credit the student body with showing self-restraint and keeping the festivities at a manageable level. With the 2014 Sun God Planning Team already sending out emails with the subject line, “Help us plan for Sun God next year,” we take it that with continued student cooperation, UCSD will see a Sun God Festival 2015.