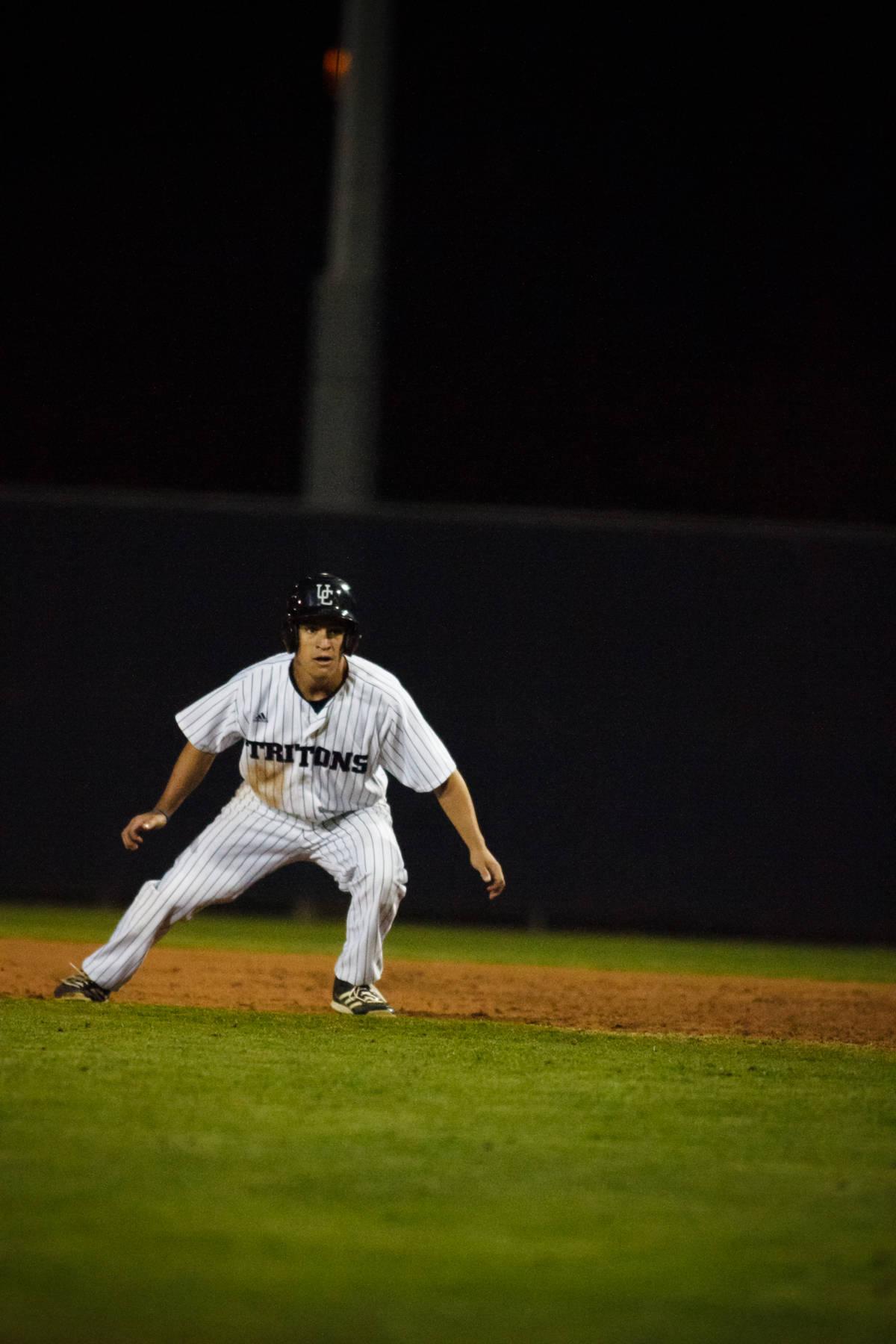 Tritons win 11–7 before exploding offensively in 16–0 shutout victory on Saturday.

In its last nonconference action of the year, the No. 13 UCSD men’s baseball team easily swept Azusa Pacific University in a doubleheader last Saturday. The wins place UCSD at a 29–13 overall record going into its final regular season series against Cal State San Bernardino this coming weekend.

Triton bats lit up the Cougar pitching staff in both games, producing an 11–7 advantage to win game one and handing Azusa Pacific a devastating 16–0 shutout loss in the evening contest.

While the Tritons all hit with success, seniors outfielder/left-hander Justin Rahn and centerfielder Nick La Face most notably turned every at-bat into a highlight. La Face finished game one 4-for-4 with two doubles, his second home run of 2014, four runs batted in and four runs. In game two, Rahn also hit a ball out of the park for the second time in 2014 while batting in five runs and crossing home plate six times on the day.

Junior left-hander Trevor Scott (5–2) started on the mound in the first game and exited after pitching five innings and allowing only two runs, one earned, on five hits.

Sophomore infielder Troy Cruz, the only Triton to start all 42 games, contributed to the offense by going 2-for-3 with three runs scored in game one.

“This was probably one of the best team-offensive days that we’ve had,” UCSD head coach Eric Newman said. “It wasn’t one guy. Although we did have some guys have some pretty good days, we got production out of a lot of areas.”

In the second match, freshman centerfielder Jack Larsen hit his first collegiate long ball during a five-run fourth inning, bringing the score to 11–0. UCSD tallied five more in the seventh inning to seal the 16–0 win

Cruz (7–2) took the mound for the tenth time in 2014 in the nightcap, throwing five frames and earning his fifth consecutive winning decision. Following two other relievers, senior right-hander Scott Zeman closed the game for the Tritons by striking out the last two batters swinging after allowing a walk with one away.

“I want us to play the best baseball we can play at the end of the year,” Newman told the Guardian. “Whatever that means, however many wins, I just want us to become the best team we can be.”

UCSD concludes regular season play in a four-game series against Cal State San Bernardino this weekend at Triton Ballpark. Saturday’s Senior Day doubleheader is scheduled for 2 p.m., starting with a special recognition of graduating seniors before the first pitch is thrown. The Tritons will commence postseason play the week after, though the schedule has yet to be determined.