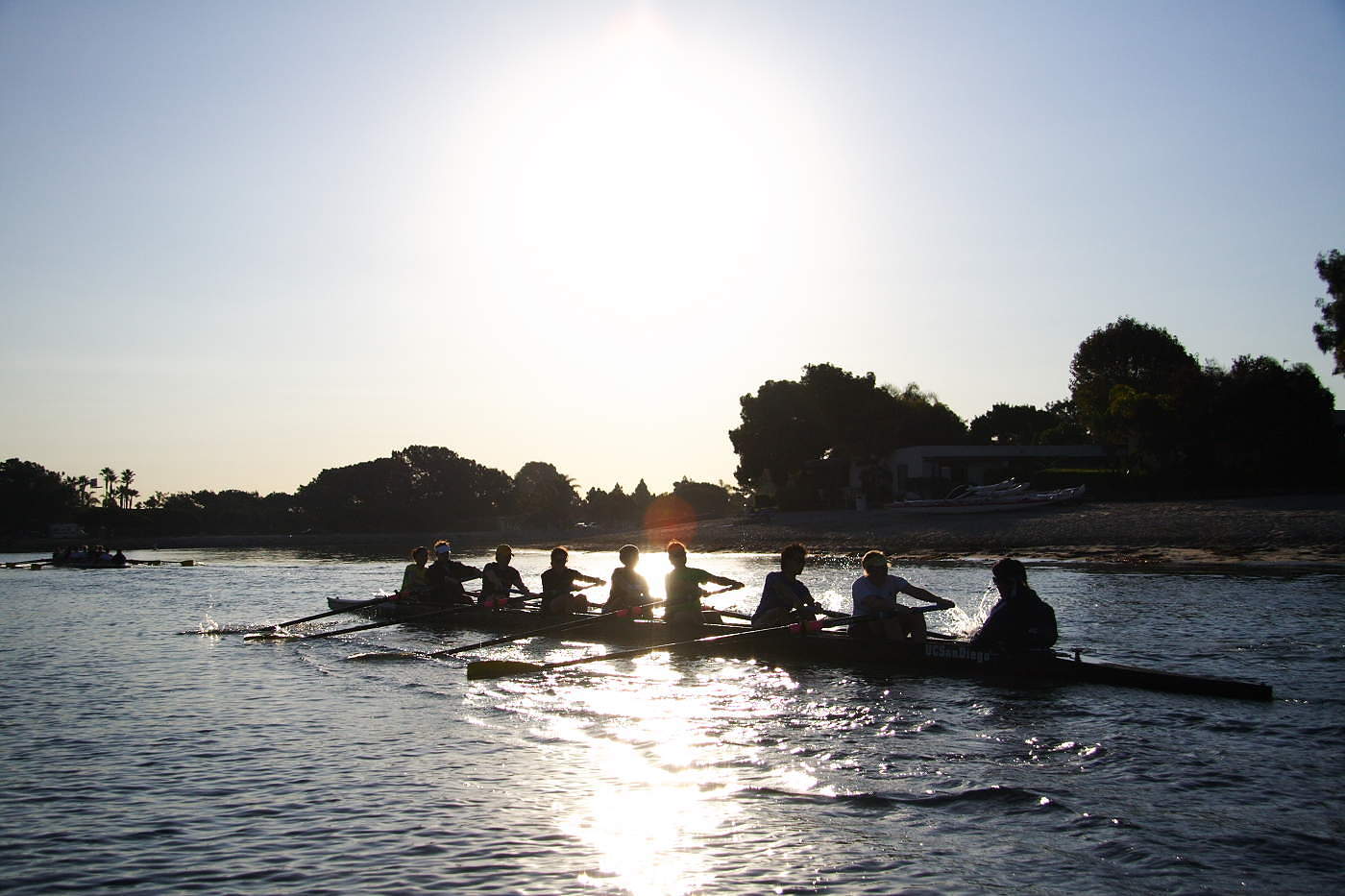 This past weekend, the UCSD men’s and women’s crew teams faced off against fierce competition at the 41st San Diego Crew Classic at Mission Bay, coming out with the women winning a pair of races in the Grand Final races and the men setting a team-best record.

The Triton men’s team qualified for the Novice 8 Grand Final race after placing second on Saturday with a time of 6:23.1, behind UC Davis (6:21.8) and ahead of the University of British Columbia (6:25.7), UCLA (6:32.4) and the University of Southern California (6:48.4). Both of the men’s Varsity 8 crews also qualified for two separate Petite Finals.

“They performed good against the others on Saturday,” UCSD men’s head coach Zach Johnson said. “It let them qualify for the finals on Sunday, which was impressive.”

The UCSD women proved to be even more impressive on Saturday as they qualified four boats — the Varsity 8 crew, the Novice 8 crew and two Varsity 4+ crews — for the Grand Final races.

The Varsity 8 boat placed second with a time of 7:21.9 behind Barry University (7:16.4). The Triton’s Novice 8 placed first in their prelim on Saturday with a time of 7:35.1, ahead of Orange Coast College by two seconds (7:36.6). The women also placed first in the Varsity 4+ prelim at 3:59.2, trailed by a distant Central Oklahoma University at 4:08.7. The second Varsity 4+ took seventh but still managed to qualify for the Grand Finals.

Head Coach Colin Truex, when asked about the prelims on Saturday, said that he was “exceptionally pleased” with the performance of his team and was happy with how the team progressed into the finals on Sunday with confidence.

At the Novice 8 race in the Derek Guelker Memorial Cup Grand Final, the UCSD men’s crew was able to place third with a time of 6:36.75, behind first place UC Berkeley (6:13.95) and second place Orange Coast College (6:34.81). The third-place finish was the highest place the Novice 8 crew had ever recorded at Crew Classic, with fourth being their previous best.

“It’s a very good young crew, and I was happy with how [they] performed out there,” Johnson said. “It is probably one of the best novice teams we’ve had.”

The UCSD women won first place in the Novice 8 Grand Final event with a winning time of 7:57.93, nearly five seconds ahead of Orange Coast College (8:02.54). The team also won first place in the Varsity 4+ Grand Final, with a winning time of 8:23.24, well ahead of second-place finisher University of Central Oklahoma  (8:31.87). The performance was the second straight year in which the Triton women have topped the Varsity 4+ Grand Final at the Crew Classic.

“Their win is just a testament to their hard work, and it shows how much that hard work is now paying off,” Truex said. “The future is looking really bright.”

The two UCSD squads will now split up for this coming weekend with the men traveling to compete in the George Washington Invitational on Friday and Saturday and the women taking part in the Covered Bridge Regatta held in Eugene, Oregon on Saturday.