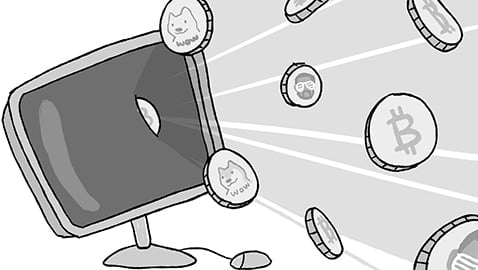 Bitcoin’s potential for international trade is nearly limitless, as it is so easy to transfer worldwide. Bitcoin is a decentralized cryptocurrency and cannot be manipulated by national governments; this allows the public to store their wealth without any regulation other than how much people want to pay for it. This approach gives users around the world the much-needed freedom to use a common currency and trade it freely.

According to National Geographic, one of the biggest potentials for bitcoin internationally is in money transfers and remittances, which migrant workers use to send money to their families overseas. While companies who charge service fees such as Western Union and MoneyGram, currently handle wire transfers, bitcoin performs the same service for a negligible fee. Using bitcoin instead of traditional wire transfer could benefit migrant workers who use remittances extensively to support their families in poorer countries, as it could save them up to 15 percent on fees.

The public is also taking advantage of bitcoin’s independence from typical government-controlled money supplies to secure their savings. Europe’s economic crisis led Spanish citizens in March 2013 to experiment with Bitcoin as a way to divest their investments in foreign banks. Overseas accounts in danger of being nationalized led much of the Spanish public to transfer their assets out to bitcoin.

Bitcoin proliferation will take time, as some question the value of owning something so novel, but it is increasingly viable as financial institutions, countries and individuals catch on to this new trend and harness its potential as a global currency.

Growing Support Legitimizes Bitcoin As a Valid Form of Capital

Bitcoin is only the first of the emerging online currencies that are here to stay. Although it may seem strange that cryptocurrency founders have made a profit just by inventing a new form of money, Bitcoin works because a large amount of people have assigned it value and accepted it as a viable currency.

Bitcoins have just as much intrinsic value as U.S. dollars, which is to say, none. The value is derived from how people treat bits of paper or lines of code. Whether a U.S. dollar or a bitcoin, people perceive each unit as more valuable than the resources used to create it, simply because they know other people will accept it in exchange for goods out of convenience.

Any arbitrary unit could potentially serve as a form of currency if people assign value to it, and more people treat bitcoins as money every day. The economic news site CoinDesk reported that the number of businesses accepting bitcoins increased 81 percent this past November. As more people willingly take bitcoins in exchange for goods, services or other currencies, bitcoins become legitimate and gain a wider sphere of use as an alternative form of money.

The Columbian already reports that over 20,000 online businesses currently deal in bitcoins, including Overstock.com, PayPal, OkCupid and WordPress. Richard Branson, chairman of Virgin Group, which consists of over 400 companies, also voiced his support and investment in Bitcoin.

At this rate, Bitcoin is secure on its way to becoming the first independent currency of the digital age to reach mainstream acceptance.

To the average citizen, Bitcoin is a blind “just-trust-us” system. Bitcoin’s complicated security infrastructure is not only complex, but is also ineffective in providing a safe network for financial investment. Bitcoin’s security solution acts to prevent the manipulation of Bitcoin code but still proves unsuccessful in providing the safety the cryptocurrency needs.

In the 1990s, many digital currency systems were created but eventually failed because they lacked secure and reliable infrastructures for digitally transferring money. Their biggest problem was preventing double-spending — when a user manipulates code so they can spend the same coin over and over.

Two decades down the line, and these online currencies still have strides to go in terms of security. Bitcoin’s mining solution, to implement puzzles to prevent double spending, is still inadequate and makes the system vulnerable both to manipulation and hackers. Supposedly, when a person uses the hardware of a computer to solve puzzles, the bitcoin code is working in the background to prevent double-spending and increase security. However, persisting reports of successful double-spending attempts prove otherwise. Additionally, Dogecoin, a derivative of Bitcoin that uses Bitcoin’s mining system, was hacked on Dec. 25, 2013, resulting in the theft of 21 million dogecoins.

Ultimately, users should think twice before entrusting their savings to the rather-mysterious Bitcoin world. Cryptocurrencies’ general security flaws mixed with Bitcoin’s lack of clarity make Bitcoin an unappealing alternative to the reliability of conventional banks.