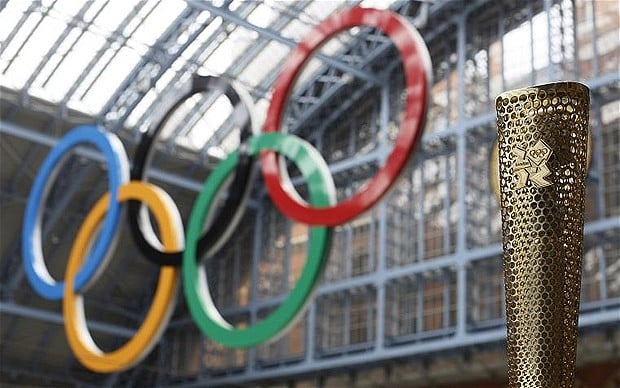 In 2008, China sentenced three Tibetans up to 13 years jail time. Then-House Speaker Nancy Pelosi urged then-President George Bush not to attend the opening ceremonies of the Summer Olympics in Beijing. A concurring resolution passed by a vote of 413 to 1. Dianne Feinstein introduced a similar resolution in the Senate.

“For some members of the U.S. Congress to set aside the Olympic spirit and the principle that sports should not be politicized, and even to openly encourage interference with and harm to the San Francisco torch relay, completely lacks basic morals and conscience,” a statement posted on the Chinese Foreign Ministry’s website claimed. Meanwhile, the president and first lady watched from the bleachers as Michael Phelps swam to Olympics glory.

UC President Janet Napolitano said she will lead the U.S. delegation at an opening ceremony of the Winter Games in Sochi.

Napolitano also said on “Meet the Press” last Sunday that she would rule out offering clemency to Edward Snowden, who fled to Hong Kong after he began leaking documents to media outlets last summer. Snowden now lives in Russia but has asked several countries publicly for asylum.

“The Lives of Others” (“Das Leben der Anderen”) is a 2006 film by F. H. Donnersmarck about the monitoring of the people of East Berlin by agents of the Stasi. This important film won the 2006 Best Foreign Academy Award.

In 1984, officer Wiesler is assigned to spy on playwright Dreyman. Wiesler and his team bug the apartment, set up surveillance equipment in an attic and begin reporting Dreyman’s activities. At Dreyman’s birthday party, his friend Albert Jerska (a blacklisted theatrical director) gives him sheet music for “Sonate vom Guten Menschen“ (“Sonata For a Good Man”).

In November 1989, Wiesler is steaming open letters in a windowless office when a co-worker tells him about the fall of the Berlin Wall; realizing what this means, they both silently get up and walk out. Wiesler passes a bookstore window display promoting Dreyman’s new novel, “Sonate vom Guten Menschen.” He goes inside, opens a copy of the book and discovers it is dedicated “To HGW XX/7, with gratitude.” Wiesler buys the book; when the sales clerk asks if he wants it gift-wrapped, he responds, “No, it’s for me.”

▶ The Guardian welcomes letters from its readers. All letters must be addressed, and written, to the editor of the Guardian. Letters are limited to 500 words, and all letters must include the writer’s name, college and year (undergraduates), department (graduate students or professors) or city of residence (local residents). A maximum of three signatories per letter is permitted. The Guardian Editorial Board reserves the right to edit for length, accuracy, clarity and civility. The Editorial Board reserves the right to reject letters for publication. Due to the volume of mail we receive, we do not confirm receipt or publication of a letter.