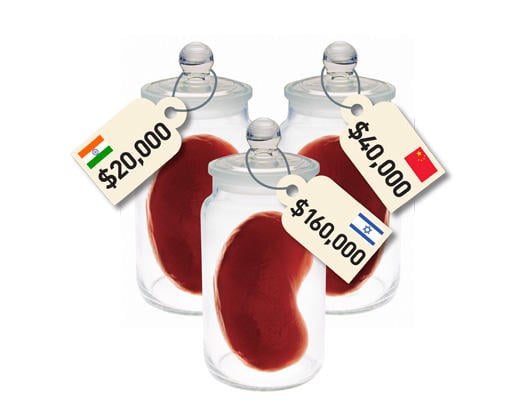 Current federal law prohibits financial compensation for living organ donors, BUT polls indicate public support for the idea, AND recent studies show that payment could give a needed boost to the numbers of potential donors

Compensation for organ donors might seem like a viable option for medical institutions, but it is simply a short-term solution that would dehumanize one’s body to a market-valued property and fuel-class inequality.

In a recent issue of the New Internationalist Magazine, Professor Jeremy Chapman, Director of Renal Services at Westmead Hospital in Australia, warned that the compensation plan could cause the poor and the vulnerable to sell their organs because of financial needs. This will allow the wealthy the luxury of “buying” organs, while the poor are the organs’ source.

There are also potential health issues associated with incentivizing donation. Dr. Arthur Caplan of New York University Langone Medical Center suggests that the quality of organs could be threatened since donors tend to lie about their health status when monetary incentives are introduced. The risk of passing on infectious diseases through organ trade is especially unpredictable and perilous. Studies have yet to discover the long-term health impacts on both donors and beneficiaries, and legalizing organ trade could disrupt insurance policies, health regulations and healthcare plans. Compensation for organ donors risks the health of both the donors and the receiving patients.
The idea of giving monetary compensation for one’s body parts turns people into commodities, increases health risks and exacerbates class inequality. Although there are natural societal divides in income and property ownership, the human body is off-limits. Wealth should not determine who must donate organs or who is able to receive them.

Despite the controversy surrounding it, the ethics of compensating organ donors remains unclear. One side of the argument contends that the spirit of giving is lost when there’s a price tag on it, while others believe that giving organs a monetary value dehumanizes the human body. However, an individual’s decision to receive compensation or not for their organs should be their own choice.

Sperm and egg donors currently receive compensation, so there is not any particular reason why individuals should not receive a financial incentive for donating organs. While the problem of organ trafficking will continue to be an issue, the urgency of the donation process is more important. Organ donation will not be the only risk-laden medical procedure to be carried out; gamete donation, for example, remains a profitable business despite the concomitant concerns over health implications.

According to Dr. Mark J. Perry of the American Enterprise Institute, as of 2012, fewer than 20 percent of patients awaiting kidney transplants were actually able to receive the operation. Without any sort of financial motive for prospective donors to give an organ, patients seeking new organs are reliant on donors to go under the knife out of the goodness of their hearts. Compensating organ donors could potentially relieve the shortage, because it would do so by creating a real incentive to donate.

Health care isn’t just about healing patients. There is a side of the medical sector that relies on moneymaking abilities, so compensating an organ donor wouldn’t necessarily compromise the ethical considerations of a hospital.

Medical need for organ donations should be prioritized over altruistic concerns

Though compensating donors may appear to lessen the altruistic aspect of the donating process, the thousands of wait-list deaths accentuate the need for organs. According to the Organ Procurement and Transplantation Network, there are more than 98,000 people on the waiting list for kidneys yet only 13,040 people donated kidneys last year. In 2012, more than 4,500 people died last year waiting for a kidney. The current amount of organs donated is not enough; the government needs to recognize this and consider alternatives to increase donations.

By offering incentives, such as compensation for health costs, tax relief or a deduction on life and health insurance, the number of donors may increase since donors currently receive no other benefit than personal satisfaction. University of Calgary professor Dr. Braden Manns conducted a study this past October that showed that there would be a 5 percent increase in kidney donations if donors were offered a $10,000 payment.

Although receiving compensation for organ donation may seem dehumanizing, the number of deaths will only increase as the waiting list grows. In the end, saving human lives should be made a top priority. Compensation does not lessen the altruistic value of organ donation, but simply gives more people reason to perform a good deed.