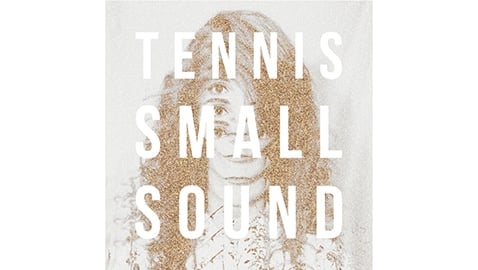 What do you get when you take a pair of college kids and put them on a seven-month-long sailing trip? Tennis, the indie pop husband-and-wife team of keyboardist/vocalist Alaina Moore and guitarist Patrick Riley, whose first album documented their experiences at sea with a beach-pop feel.

The duo has never failed to deliver enjoyable music, but on their first two records, they lacked a certain zest. Both “Cape Dory” and “Young and Old” seemed stagnant, overly simplistic and borderline formulaic at times. Their light pop style — which is rooted in Moore’s soft, sweet vocals — is at its best when they are producing generic — albeit catchy — hooks. And yet, on their previous two albums, only a few songs reached stuck-in-your-head status, notably “My Better Self[1] ” and “Marathon.”

With the help of producers Richard Swift (who has worked with The Shins and Foxygen) and Brian Eno (Spoon’s drummer and producer), Tennis has matured considerably: Each song builds on itself, starting in the same simplistic space as songs on the previous albums, then adding on layers of instrumentation and vocal harmonization. In five tracks, Tennis explores more territory than they did on their first two albums combined.

The track “100 Lovers” begins with a thumping electronic bassline, drums and vocals; then, added-on piano, acoustic strumming and background harmonies allow Tennis’ instrumentation to stand on its own for extended periods of time. “Cured of Youth” — the one track produced by Eno — offers a ʼ70s disco vibe that sounds like a pop-ified version of The Bamboos and features the kind of infectious vocals that epitomize great indie pop. “Timothy” offers the catchiest moment on the EP, when Moore sings “It’s wrong I know, I can’t let go,” and “Dimming Light” provides a change of pace with a compelling layer of dreamy, fuzzy guitar, reiterating Moore’s vocal prowess.

It is perhaps ironic that this EP is titled “Small Sound,” because this time, Tennis sounds bigger — catchier, more inventive, and more intricate — than ever.  In five tracks, they have taken another step forward and given plenty of reason to be excited for their upcoming album , which is set for release in spring of 2014.

One thought on “Album Review: “Small Sound” by Tennis”