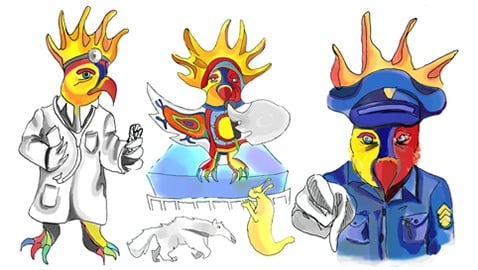 The Sun God Task Force announced that the Sun God Festival 2014 will no longer guests, but the new policy does not address health and safety concerns appropriately

It is clear that the Sun God Festival needs to become a safer event for everyone and that event organizers need to take steps to ensure safety, but eliminating guest passes is not an appropriate first step.
Because health and safety are the main concerns for everyone regarding Sun God, we need to implement policies that can actually address and can change these issues. A policy that would force students to become more accountable for the actions of their guests (as well as their own) would see more success and fewer student complaints.

The new policy suggests that forbidding guests would significantly decrease the number of medical responses or police arrests for the event, but with or without guests, students will still drink too much before they head to Sun God.

The Sun God Task Force Preliminary Report notes that one-third of the 146 people admitted to detox and detainment were non-UCSD affiliates, but it is unfair to punish 3,000 guests for the actions of the 47 non-affiliates who were detained. We imagine that, by ridding Sun God of guest tickets, the task force intended to eliminate the most highly concentrated group of heavy drinkers. But the “go hard or go home” culture around Sun God doesn’t vanish when you get rid of 3,000 guests and replace them with 3,000 more ready-to-get-“turnt-up” UCSD students.

Furthermore, removing guest passes is not just a matter of friends not being able to attend the event — it will serve as a detriment to the quality of the event. Undergraduate students contribute funding toward Sun God through their student fees, but the revenue from selling guest tickets — at $65 apiece — is also extremely significant. Compare that to student fee contributions to this year’s Sun God budget: At $550,000, and with 23,805 enrolled students for the 2013–2014 school year, each student pays a steeper $23.10. Guests make up 3,000 of the roughly 20,000 individuals who attend the event each year, and their tickets bring in a hefty $195,000 that the festival will either lose or be forced to compensate for in another way.

Whether or not the $65 that guests pay “covers” the higher proportion of medical and police attention they attract is debatable, but, either way, taking guest tickets away will not significantly fulfill the task force’s goal of reducing money spent on police and medical services. The task force says its goal is to change campus culture and reduce the amount of drinking by making the Sun God festival a more “student-centered” event, but punishing students by taking away guest passes will only make them less receptive to future changes, even if they’re less restrictive.

The Task Force Preliminary Report includes a suggestion proposed to prevent ticket-scalping by using a radio frequency wristband system, with wristbands linked via barcode to the students’ PIDs. This is a good idea, but a costly one to implement, especially if the festival is to see a significant dip in budget. The system would cost a minimum of $30,000, with an additional cost of $2.25 per student wristband.

Instead of limiting the festival with a no-guest policy, A.S. Council and the Sun God Task Force should consider the radio ID system to prevent students from acting irresponsibly. The revenue obtained from the sale of guest passes could finance the implementation of the radio frequency ID system; this would ultimately hold students accountable for the actions of their guests and themselves.

By outlining consequences for Tritons with registered guests who misbehave, administrators can set appropriate procedures for dealing with rule-breakers, while increasing security to make the event safer for everyone. Clear consequences and increased accountability can convince students to think twice before inviting a rowdy friend with no respect for campus rules.

There’s no fighting the fact that Sun God needs to change if we want to see the festival continue for more years to come, and we applaud the task force for looking into a variety of ways to change the festival before they cut it off altogether. But the no-guest policy does not address the main issues that cause the main problems faced at the event. What we need is a policy that will put the health and safety of our students as the issues on the forefront, not one that tells us we can’t bring our friends.