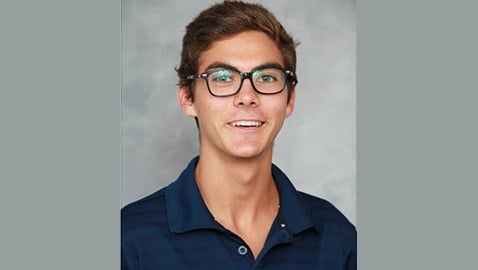 Alwafai is the first Triton who has qualified since 2008

Next week, sophomore Tareq Alwafai will return to Spokane, Wash. — the site of his 14th place finish at the West Regionals — to compete in the NCAA national meet.

The first Triton to qualify for Nationals since 2008, Alwafai finished the 10,000-meter course last week in a program record time of 32:27. Placing 14th overall, the sophomore was one of just 40 individual runners to be selected from across the country to compete in the national meet next Saturday, Nov. 23.

The UCSD men’s cross country team — placing sixth in a field of 18 teams — was just 18 points shy of qualifying for the NCAA meet as a team.

“I was really excited to hear that I’d be going out to Spokane again,” Alwafai said. “But it is a real bummer that my teammates, who have helped me out all season and helped get me to Nationals, won’t be coming with me.”

The sophomore computer science major has recorded some solid times this season — placing 20th at the conference championships and 22nd at the Annual Triton Classic — nothing that would indicate Alwafai would be the first Triton to run amongst the top in the nation in five seasons. To the casual observer, Alwafai’s qualifying time may have come as a bit of a shock but not to UCSD head coach Nate Garcia, who said Alwafai’s hard work is finally paying off.

“Alwafai’s done a real nice job of adapting to the collegiate training regimen,” Garcia said. “He had a good year last year and continued to work over last summer. He’s just started to develop and mature as an athlete, and he’s put in a whole lot of hard work.”

Come Nov. 23, Alwafai will be back on the Plantes Ferry Sports Complex course in Spokane, which Alwafai said should work in his favor. “I’m really comfortable at the course up in Washington,” Alwafai said. “It’s a pretty straight course — not a lot of hills or turns, just pretty much flat grass land. It’s solid and fast, which I like.”

Running without teammates — in an individual sport where running alongside confederates can be a huge advantage — may set Alwafai back. But Garcia said one of Alwafai’s strengths is his ability to pick a pack.

“He’s the type of guy who is able to put himself into a fast moving pack and manage that stressful environment well — to take anxiety and turn it into motivation,” Garcia said.

Alwafai said he hasn’t considered tactics just yet, but that he plans to try and stay close with his CCAA conference opponents from Cal Poly Pomona — a squad that just edged the Tritons in the conference championships.