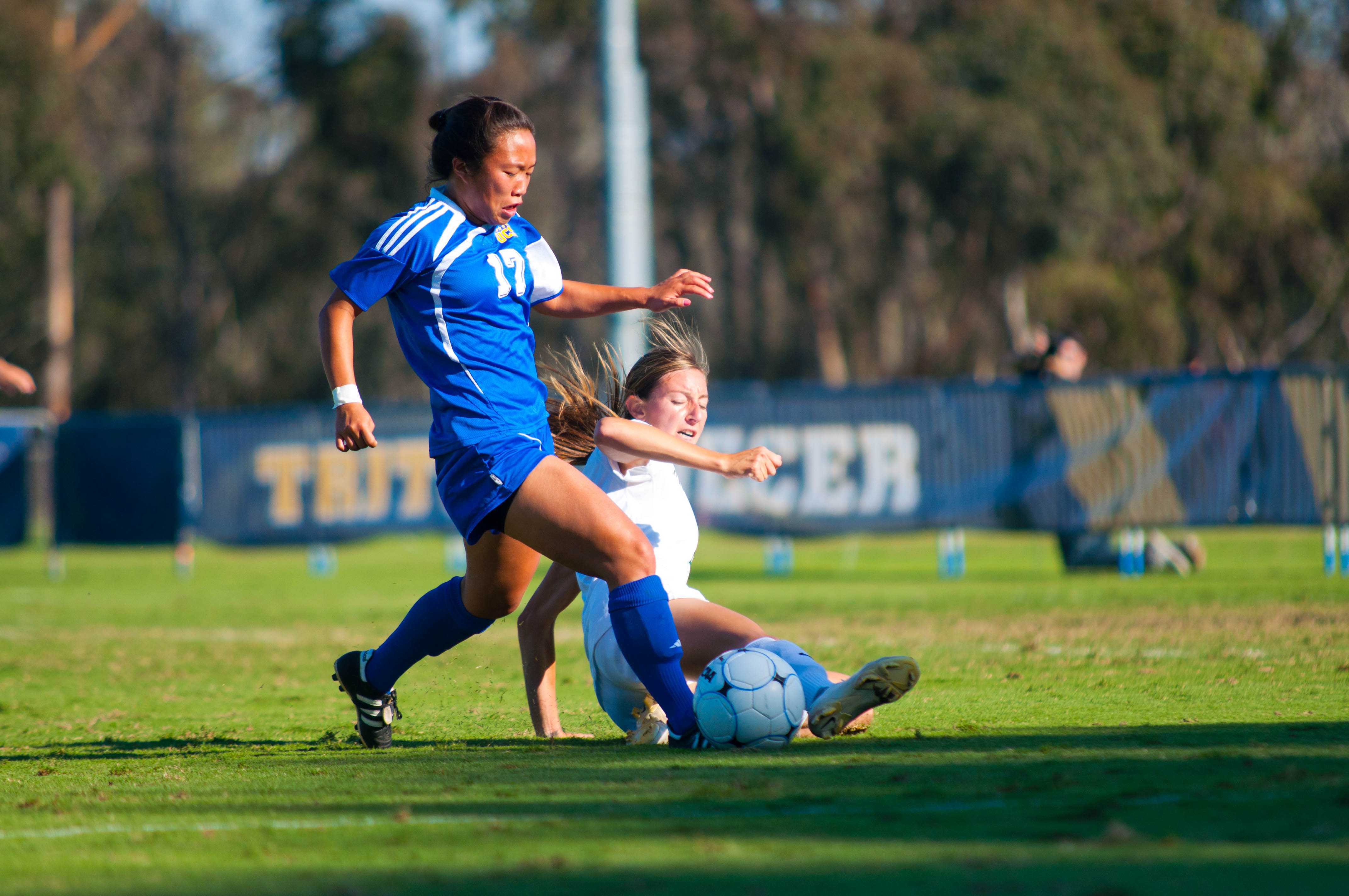 With four minutes left and the score tied 2–2, Sonoma midfielder Margi Osmundson was fed in front of the mouth of the goal to beat sophomore goalkeeper Kelcie Brodsky and take the 3–2 win.

UCSD took an early lead against the Seawolves with a goal by freshman forward Jamie Benedetto, who finished a cross from redshirt freshman Kiera Bocchino. Osmundson made her first goal of the game to tie the score six minutes later. Sonoma pulled ahead on a penalty kick granted for a UCSD handball before the end of the first half.

Benedetto scored her second goal midway into the second half, and it seemed as if the Tritons would slot a third — outshooting the Seawolves 8–4 in the second period — before Osmundson picked up the go-ahead goal.

“That’s the best Sonoma team they’ve had since we’ve been in Division II, and we can play with them,” UCSD head coach Brian McManus said. “The kids are going to learn. Every week we’re learning, we knew we were gonna be growing every week.”

The Tritons, who graduated a large senior class, have been scrutinized for youth, but their freshmen seem to be coming into form.

Among the best is freshman forward Jamie Benedetto, a prospect who has delivered for UCSD. Last Friday against Humboldt State, Benedetto scored UCSD’s only goal in the Tritons’ 1–1 tie.

When asked about her recent success, Benedetto said time on the field has helped.

“Every game is helping with experience,” Benedetto said. “I knew that as a soon as I could get one goal, it might give me confidence for more, and I scored last weekend. My team gives me perfect passes.”

Although it has two losses and three ties and has fallen out of the national rankings, UCSD is still in second place in the CCAA South Division. UCSD is two games behind South Division leader San Bernardino State and just one point ahead of three CCAA teams, all of which have two conference wins.

This Friday, UCSD faces top-of-the-conference Cal State Stanislaus on the road. The Warriors are currently ranked No. 9 in the national standings and are undefeated in the season thus far (7-0-1).