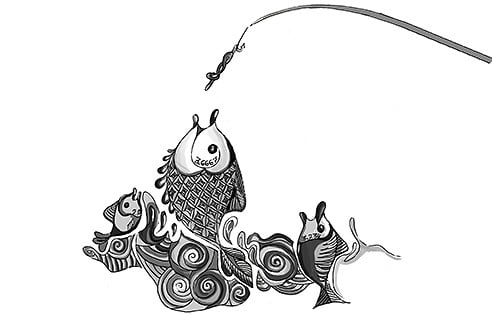 President Obama’s proposal for granting financial aid to universities based on a new college rating system is sure to stir up another filibuster, as the debate regarding higher education reform continues.

On the surface, President Obama’s plan may seem like a good idea, but it should be regarded with a certain degree of skepticism due to its policy implications and timeline and cost issues. Introduced on Aug. 22, the plan proposes new standards to create federal college ratings by 2015, and to allocate government funding for student aid accordingly by 2018. Currently, the federal government allocates over $150 million to colleges for aid grants, a number based on student enrollment. According to the White House Office of the Press Secretary, the primary changes would call for universities to be rated on low-income student enrollment, graduation rates, graduate earnings and affordability, rather than on standards like academic performance, which is currently not a parameter. The higher the rating, the more money universities will receive for student financial aid.

Including graduation rates in the rating system seems reasonable, since schools would be rewarded for helping a majority of their students earn a degree. However, it would be remiss to base funding for schools on the starting salaries of their graduates. Jordan Weissmann of The Atlantic magazine states that in general, alumni of elite schools draw bigger paychecks. As a result, a graduate from a big-name university with a competitive GPA is likely to earn a higher starting pay than a graduate with the same GPA from a lesser-known school. Regardless of these graduates’ off-resume skills, such as teamwork and critical thinking, the graduate from a less prestigious school will be at a disadvantage with regard to pay, even if they are, in reality, better suited for the job. This devalues the individual and continues to feed into superficial aspects like the cachet that a prestigious university name holds, while promoting prominent universities at the expense of lesser-known institutions.

If the federal government creates their own system, it will just be another list of ratings focused solely on numbers rather than on students. President Obama is suggesting that universities should receive subsidies based on college ‘value,’ but this takes emphasis away from students’ academic performance and intellectual qualities. The proposed agenda’s interpretation of a university’s academics is tied to the number of classes students have completed rather than their ability to get good grades and be a competitive graduate. Evaluating universities should be a comprehensive process focused on what is important for students, such as affordability. Instead of making universities compete for federal aid by rating them on some of the measures currently proposed, the government should prioritize the issue of students actually receiving enough financial aid on an individual level and providing them with quality education.

Another questionable part of this plan is the extensive timeline and cost it would entail. According to U.S. News and World Report’s Allie Bidwell, in 2008, Congress banned the federal government from collecting  student data such as graduate earnings and graduation rates for transfer students. Overcoming the ban and obtaining this kind of information would be costly and unlikely in the timeline that President Obama proposes. Gaining accurate records and information for over 6,000 accredited higher education institutions is no simple task. Rather than allocating time and money towards the research behind a federal rating system, the government should spend whatever budget planned for the ranking system on the students.

Not only is President Obama’s plan costly, but it approaches the issue of unequal class representation counter intuitively. This is already a problem post-secondary institutions face, and creating an incentive to accept lower-income students is not the simple solution. If universities are presented with an incentive for receiving more financial aid than their competitors is enrolling higher numbers of low-income students, institutions will choose to enroll even more low-income students at the expense of middle class students in attempts to see higher ranks. Press-Enterprise journalist David Olson points out a 6 percent decline in the number of middle class students enrolled at the University of California campuses from 1999 to 2010. Although there is an effort to create a balance, Obama’s plan doesn’t include a solid strategy to shed society of the polarity that exists among people of different economic backgrounds. The policy attempts to even out the playing field, but in the process, t actually takes many of the middle class out of the game. A better approach would be to support universities enrolling students from various social and economic backgrounds instead of instituting a system that encourages them to favor students from a certain end of the spectrum.

So before the Obama administration tries to implement an undeveloped plan that requires extensive time and funds, the values and costs should be placed in thought for some time. President Obama’s plan has good intentions, but the outcomes don’t seem promising — at least, not for now.