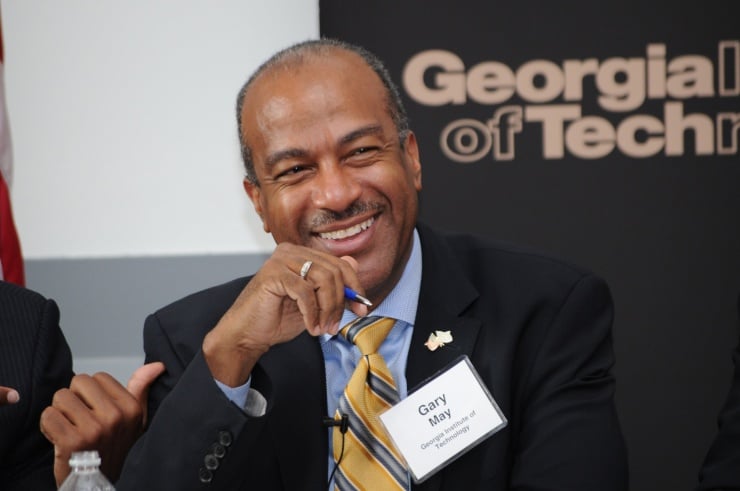 The UC Board of Regents unanimously appointed Gary May as the new chancellor of UC Davis on Feb. 23 at a meeting held at UCLA. May will begin his new role in August, replacing Ralph Hexter, who is currently serving as interim chancellor.

May currently serves as the dean of the College of Engineering at Georgia Institute of Technology, but will be returning to the UC system where he earned his master’s and doctorate in Electrical Engineering and Computer Science at UC Berkeley in 1987 and 1991, respectively.

In a UC Office of the President press release, May expressed his delight over the appointment.

“I am honored that the [UC] president and the regents have entrusted me with the responsibility of leading UC Davis,” May said. “I am confident that, with the cooperation of the entire Davis community, we can accomplish even more and make UC Davis one of those very few institutions that have become household names in our nation. Go Ags!”

UC President Janet Napolitano announced May as her candidate for chancellor on Feb. 21, two days before the vote. She believes his experience in the STEM fields makes him a good fit for chancellor.

“Dr. May is absolutely committed to building strong and open relationships with students, faculty and staff, to increasing UC Davis’s already impressive prowess in STEM fields, agriculture, social sciences and the arts and humanities and deepening the ties between UC Davis and the larger Davis and Sacramento communities,” she said in the UCOP statement.

Hexter also expressed his support of chancellor May in an email to the UC Davis community.

“I could not be more proud of how we have come together as a community after a challenging spring and summer,” Hexter wrote in the email. “We have turned an important corner, and I am confident that Chancellor-designate May will have an extraordinary impact on this great institution.”

Knarik Yegiazaryan, a sophomore at UC Davis, is optimistic about May’s potential as the new chancellor.

“I’m excited to see what sort of changes May will bring to the campus. It seems as though he’s mindful of need for a more diverse environment on campus, but I truly feel as though there’s only so much one can do,” Yegiazaryan told the UCSD Guardian. “I can’t really make any sort of real judgements right now since he hasn’t been able to do anything for the campus yet, but considering all the things he’s done to make Georgia Tech such an astounding university, I am under the impression he’ll do the same for our campus.”

At Georgia Tech, May created the Summer Undergraduate Research in Engineering/Science program where undergraduates can research and hopefully become more interested in going to graduate school. He also worked to establish the Facilitating Academic Careers in Engineering and Science and University Center of Exemplary Mentoring programs, intending to increase the number of underrepresented doctorate recipients from Georgia Tech, for which he received the Presidential Award for Excellence in Science, Mathematics and Engineering Mentoring from former President Obama in 2015.

The Regents also approved May’s compensation on Feb. 23, which includes a base salary of $420,000 and an endowed faculty chair that pays $75,000 in privately donated funds.