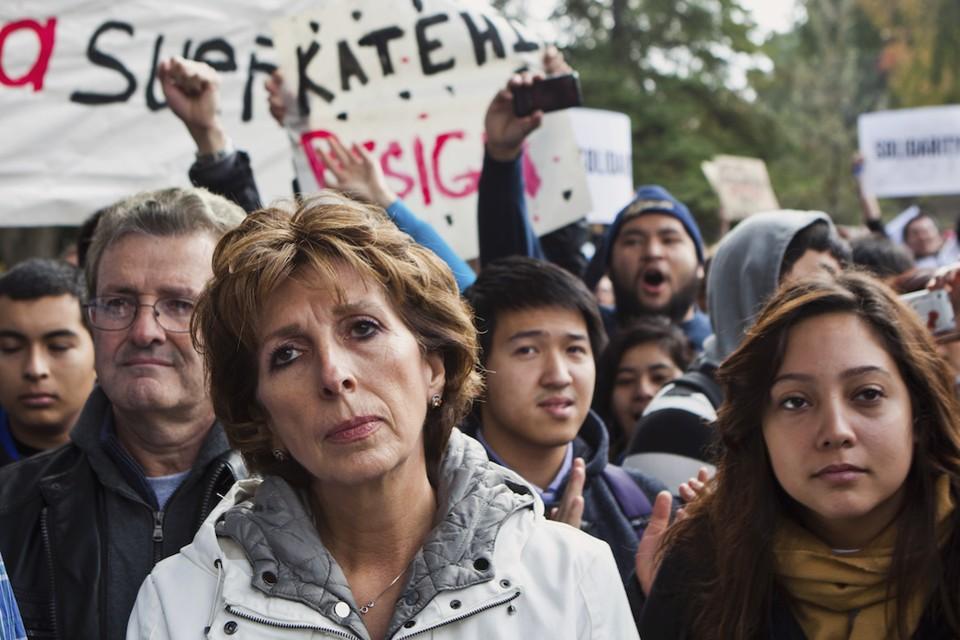 Linda Katehi stepped down from her position as UC Davis chancellor following the conclusion of an investigation into potential University policy violations, including nepotism and improper use of funds. UC President Janet Napolitano announced Katehi’s resignation in a campus-wide email sent to UC Davis students on Tuesday afternoon.

Katehi’s removal from office came just two days before the UC Board of Regents was scheduled to meet at UC San Diego to discuss her future employment. The resignation marks the end of a string of controversies for the UC Davis administrator.

Katehi first received criticism during November 2011, when police officers used pepper spray on a group of student Occupy protesters. Then, during Spring of this year, Katehi found herself the subject of public outrage when she was revealed by the Sacramento Bee to be seated on the boards for DeVry University and John Wiley & Sons textbook publishers, and later accused of spending university funds on erasing the pepper spray scandal from the Internet, improperly placing her son under her daughter-in-law’s supervision, and giving the same daughter-in-law several unfounded promotions and a raise.

The incidents earlier this year ultimately led Napolitano to request Katehi’s resignation on April 25, but Katehi refused and publicly stated that she planned to remain the head of UC Davis, causing Napolitano to place her instead on administrative leave pending an investigation on April 27. According to the Tuesday email, that investigation, which was conducted by an outside firm, resulted in the conclusion that Katehi had indeed violated University regulations.

“The investigation is now concluded, and it found numerous instances where Chancellor Katehi was not candid, either with me, the press, or the public, that she exercised poor judgement, and violated multiple University policies,” Napolitano wrote.

However, Katehi’s attorney, Melinda Guzman, contended that the investigation did not actually determine that Katehi had been dishonest in her statements disputing the accusations against her.

“Let’s be clear, the investigators did not reach a conclusion with regard to whether there was misleading or untruths,” Guzman said. “They were very, very clear on that. The question was whether she may have minimized her role in the contracts [to alter Davis’ online image].”

Napolitano stated that this change in administration is for the benefit of the UC Davis community.

“These past three months and the events leading up to them have been an unhappy chapter in the life of UC Davis,” Napolitano said. “I believe it is in the best interest of the campus, the Davis community, and the University of California that we move forward.”

Pursuant to her pre-existing contract, Katehi will transition into a full-time faculty member, and Campus Provost Ralph Hexter, who temporarily assumed Katehi’s position following her placement on leave, will continue to serve as the acting chancellor while a committee searches for Katehi’s successor.