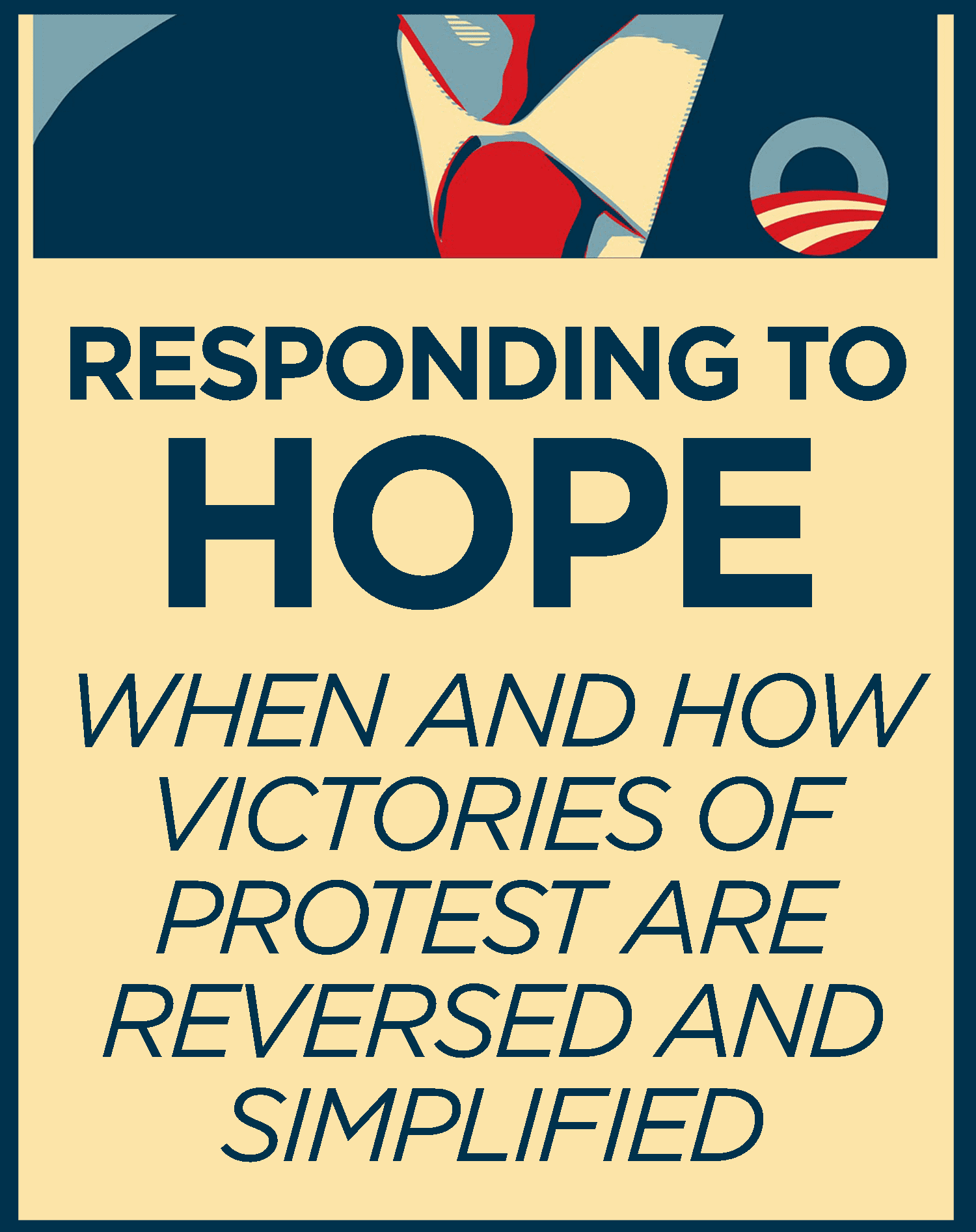 Faced with the cold of winter and the force of water cannons, thousands of protesters at Standing Rock Sioux Reservation camped out for months in an attempt to reject a reroute of the Dakota Access Pipeline through Native American land. In December, two months after the U.S. Court of Appeals denied an injunction to prevent the crude oil pipeline’s advancement, the Army Corps of Engineers made the decision to halt construction.

Dave Archambault II, chairman of the Standing Rock Sioux Tribe, said at the time of the Army Corps’ decision to halt construction: “We have to persevere. Trump’s right next in line.” But his quotes were placed at the very end of news articles reporting a success.

Two months out, the stark change in the story of the Dakota Access Pipeline speaks to the fact that landmark victories can dissipate with an ounce of the publicity and urgency with which they were fought for, due to strategy, timing, lack of proactive leadership or presence of undemocratic leadership.

As protesters gathered, calls were made — namely by Senator Bernie Sanders — to declare Standing Rock a federal monument in order to prevent the corporate invasion of indigenous land that would follow.

“In any and every way you can, stop the pipeline,” Sanders said in November outside of the White House.

If Archambault foresaw what a Trump administration could mean for the future of Standing Rock, Obama lacked foresight, never furnishing Standing Rock with this designation. Though this demand fizzled out following the move of the Army Corps of Engineers, it should never have been disqualified. What Obama didn’t do in the face of formidable corporate interests failed protesters and the Sioux tribe simply because the fate of the pipeline never boiled down to a halt-or-no-halt decision at the hands of the Army Corps.

The scope of an action’s potential results can be narrowed by the people who have culpability in its outcome and by the people who report on it. In being described as more ultimate and irrefutable than they are, so-called victories can signal falsely that an unfinished objective has been accomplished, or that there are fewer feasible options available than there are in reality. This happens on such a microscale as this university.

For one, there’s the future of the University Art Gallery.

After announcing last Spring that the UAG would be closed, students responded with petitions and protest. Many cited the fact that UC San Diego would become the only UC school to lack an art gallery. Following this reaction, the university revealed a change in plans via email, announcing the decision to “remove the UAG from consideration for redevelopment at this time.”

Immediately, it seemed like a victory. In some ways, it was. Unlike Graffiti Hall and the Crafts Center, the UAG would not be shut down at that time due to its failure to be profitable.

But between the lines — and even inside of them, through phrasings like “at this time” and “remaining open to considering a viable proposition for [its] revitalization” — reads a new message: It could be shut in the near future, perhaps during summer, when students are generally gone and unable to protest.

After all, as discussed in a San Diego City Beat profile on the UAG, Visual Arts Department Chair Jake Greenstein describes a steady defunding of the art gallery. The position of gallery director became supplemental to teaching positions at the university, and as of Spring of 2015 there have been no full-time employees at the gallery.

Without any guarantee or even true indication of future efforts, the saving of the art gallery could turn out temporary, a decision made to appease those who opposed its elimination. Questions linger: if the number of UC managers and administrators has doubled across the past 15 years while that of faculty has remained constant, what’s one more for an art gallery? Or rather, what’s one more on a campus whose art spaces have been closed down for lack of profitability? Or instead, as Greenstein points out, a vote like that on entering Division I athletics?

As incomparable as the construction of the DAPL and the livelihood of the UAG are, both show the tendency of victories surrounding collective action to be challenged by power figures who disagree with the way things played out.

Chelsea Manning, in her first column since the announcement of her pardoning, writes of Obama’s legacy: “Over the last eight years, there have been very few permanent accomplishments.”

With this in mind, there is a need for leaders in uncertain circumstances to be proactive rather than merely hopeful. And there’s a need for hope. But in some ways, it’s up to the people who wield power to stop, to listen and to recognize what they can do to translate the widespread momentum of hope into meaningful change.