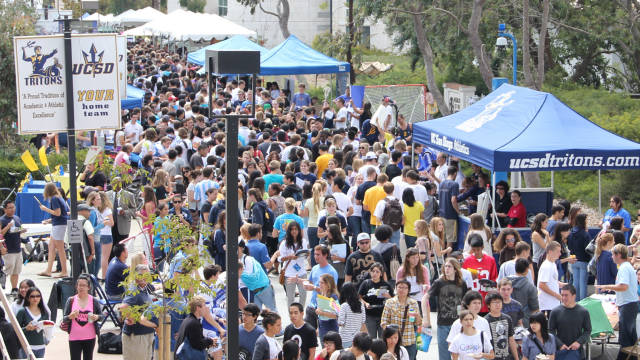 UC San Diego data reflects a seven percent increase in applications from California residents. At 35 percent, the largest group of California applicants hail from the Los Angeles area, followed by the Bay Area at 16 percent.

The data also shows a 10.6 percent increase in UC San Diego applications from historically marginalized communities. African American applicants increased by 12 percent, followed closely by Latinos and Mexican-Americans whose applications to UC San Diego rose by 11 percent, according to a press release from UCSD News Center. The three largest groups of applicants still remain Asian Americans followed by Latinos and finally Caucasians. The number of students who will be the first to go to college within their families increased to 40.2 percent.

The most popular majors at UC San Diego continued to fall within the fields of social sciences, engineering and biology.

In a statement released by the UC Office of the President, UC President Janet Napolitano noted that the growing number of applications illustrates the quality of the university.

“This year’s applications affirm, once again, that Californians’ demand for a UC education keeps getting stronger,” Napolitano said. “This is a testament to the excellence of California’s public research university, and reinforces the imperative to continue working with our state government to preserve UC’s quality and affordability, and to ensure there is a place at the university for every deserving California student.”

To address that demand, the UC system intends on enrolling 2,500 more students this year, contributing to its goal of adding 10,000 additional students across the nine UC campuses over the next three years.