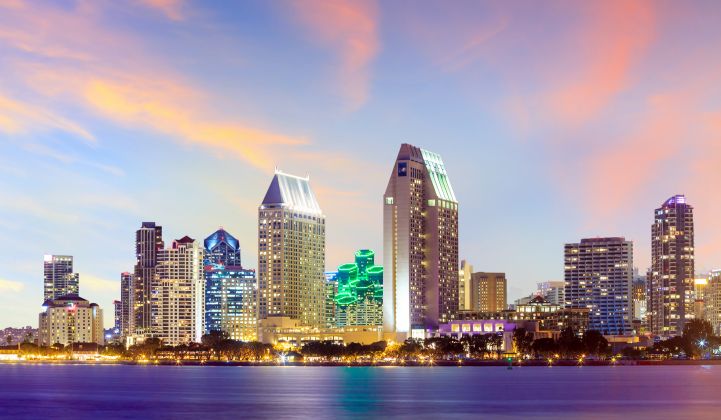 A report released by The Brookings Institution, a major think tank organization, showed that among cities in the United States, San Diego experienced the sixth largest annual decrease in greenhouse gas emissions. The cities on this list above San Diego were Los Angeles and San Francisco, followed by the District of Columbia and Durham and Greensboro, North Carolina.

The report looked at the top 100 most populous cities in the U.S. as of 2017, of which only 45 had created Climate Action Plans. CAPs include an inventory of greenhouse gas emissions while also establishing reduction targets and strategies for doing so, and California stands at the top with 11 cities having them.

The report stated that since 1991, “over 600 local governments in the United States have developed CAPs that include GHG [greenhouse gas inventories] and reduction targets.” The aforementioned 45 cities were able to save approximately 365 million metric tons of carbon dioxide from being emitted into the atmosphere.

According to a San Diego County Climate Change Vulnerability, Resiliency, and Adaptation assessment report, sea level rise could lead to the California coastline to increase by 10–18 inches which would greatly impact San Diego. Additionally, changes in climate patterns could cause more extreme natural events — higher temperatures may lead to increased wildfire risk while the winter season may bring higher intensity rainfall resulting in increased likelihood of flooding.

The county states that they acknowledge all of these risks and have taken them into account in developing the General Plan, which is aimed at “reducing local contributions to greenhouse gas emissions and encourages sustainable land development, mobility, water use, waste management, and energy use; best management practices; and ecological stewardship.”

San Diego County is moving forward in improving its carbon footprint and achieving its CAP goal of using 100 percent clean energy by 2035. The city was able to reduce its greenhouse gas emissions by 24 percent over the past decade and in 2019 marked its fourth consecutive year of reductions.

While these local initiatives have been credited with making progress at reducing greenhouse gas emissions, government rollbacks in environmental protections present hurdles. The intersection of public policy and combating climate change is an ongoing debate at the national and local levels. Federal policy under the Trump administration, including its withdrawal of the U.S. from the Paris Agreement, have prevented any significant steps in reducing national greenhouse gas emissions.

According to the report, these cities’ collective reduced emissions “equate to roughly 7 percent of the emission reductions to which the U.S. originally committed to achieve by year 2050 in relation to the Paris Agreement,” highlighting how there is still much to be accomplished to stop climate change.

Additionally, the report points to the effects of the COVID-19 pandemic on climate change as having caused the largest decline of global greenhouse gas emissions on record. However, it predicts that the pandemic will ensure that cities who were previously committed to climate-friendly policies will remain committed while other cities may become more reluctant as climate policies will become less prioritized in comparison to other local issues that rose as a result of the pandemic.

Many UC San Diego students feel passionate about furthering climate change policies as well as learning how to lead more sustainable lifestyles. There are many campus clubs and resources that reflect students’ desires, including the Student Sustainability Collective.

The SSC is a group of student leaders that is passionate about different sustainability issues on campus. They aim to “foster a community of collaboration and responsibility through promoting eco-friendly policies, educating students on different environmental problems, and dialoguing about the intersectionality of environmentalism.”

Ethan Olson is the editor-in-chief of The Climate Change Review, a group of undergraduate student writers who produce articles and feature research papers about climate change. In an interview with The UCSD Guardian, Olson shared his view that UCSD has done considerably well in regulating their sustainability.

“Perhaps unsurprisingly then, in comparison to other universities, I would say that UCSD has made impressive progress in its efforts to reduce emissions and become a better climate actor,” Olson said. “The 2019 Climate Action Plan goes into much more detail about this, citing upgrades to our buildings, campus vehicular fleet, and onsite renewable energy.”

“UCSD, and all other major universities and corporations, should aim to become self-sufficient in terms of their energy usage and completely carbon neutral,” Olson continued. “We have a massive campus — it’s practically a small town — and it needs to be a net zero emissions producer. Greenhouse gas emissions released on campus, released via the commute of people to campus, and released elsewhere thanks to university-related functions, need to be reduced drastically. The emissions that remain must be sequestered, perhaps through an expansion of greenspaces that ensure that we are not being a net-producer. And carbon offsets, which are being passionately protested by groups such as the Green New Deal at UCSD, should be abandoned altogether when creating campus targets. When you plan to become carbon neutral through purchasing emission permits, you are just shifting the responsibility for decarbonization to other actors — you are essentially buying their good practices. As a university, we cannot allow ourselves to resort to this tactic. Let’s reduce our emissions, not buy them.”

Amy Wong, director of operations and resources of SSC, commended UCSD and its efforts to reduce emissions and waste, including the use of light-duty fleet vehicles that are hybrid or zero emission as well as the numerous Leadership in Energy and Environmental Design certified buildings, such as the new Mesa Nueva building which has achieved a gold LEED rating.

However, Wong also stated that it is important for students to keep UCSD accountable for its actions and emphasized that past student advocacy has been important in “maintaining momentum of ensuring a sustainable future.” Wong believes that demanding transparency from the university in regards to its ongoing goals of achieving Zero Waste by 2020 and Carbon Neutrality by 2025 — of which they argue that the university is failing to meet both — is very important.

SSC recommends that students can make a difference through small lifestyle changes such as eating less red meat, investing in reusable products, not supporting fast fashion, recycling, and taking public transportation or carpooling. In terms of large-scale actions, they recommend that students stay educated about and involved in campus and local environmental issues.

UCSD students who are interested in learning more about the Student Sustainability Collective and its mission are encouraged to visit their website. Those who want to learn more about UCSD’s plans to respond to the climate crisis can review the 2019 Climate Action Plan on their website.