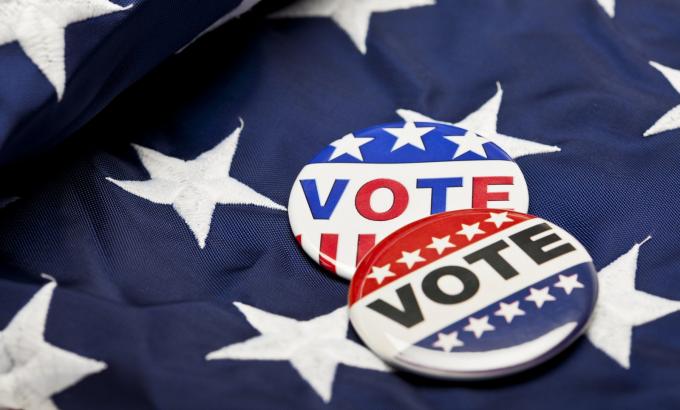 Given the Minneapolis City Council pledging to completely revamp its approach to policing, the massive peaceful protests and the cries for “Defunding the Police” in the weeks following the murder of George Floyd seem primed to create lasting change.

While these changes in perception are salient reminders of the power of protest, we are still a far cry from promoting justice through government policy. Those of us who seek active roles in imbuing justice into our communities must demand new laws, and not just at the federal level.

City, county, and state-level voters will be the ones who ingrain the progress protestors have made, and will do so through the ballot box. Voting at these levels proves vitally important because these elected officials are so intimately connected with the budgets for programs that affect our everyday lives.

To establish themselves as the demographic politicians need to cater to in the future, younger voters need to flex their electoral muscle in upcoming elections, and there may be no better place to ignite this change than California, a state known to lead the way for other liberal states in social justice and environmental policy.

Budgets for public safety and protection are determined on the city and county levels, and in California, a few of these budgets are well above $1 billion dollars. Local governments have finite resources, and colossal spending on policing means less money for mental health services, homelessness solutions, and the many other social programs cities and counties are tasked with running.

In the City of Los Angeles alone, the police department received $1.6 billion for their 2018-19 budget on top of the just over $1 billion going to the LA County sheriff’s department. In the 2018-2019 budget, Los Angeles County could only spare a meager $75 million for programs combatting homelessness despite a rising homeless population. As a result, Los Angeles police departments, like many nationwide, are tasked with cleaning up homeless encampments and interacting with homeless people without requisite training.

Despite their important role in determining the budgets for services we interact with every day, elections for city, county, and state officials often receive a miniscule amount of electoral participation. In 2017, only 25 percent of eligible New York City residents voted in the mayoral election, and only 20 percent of potential Los Angeles voters participated in their City Council elections. Therefore, if college-age voters collectively vote and slightly increase turnout statewide, there could be the difference that firmly cements liberal policies across all levels of government.

Young college-age voters make up a sizable chunk of the state, and their heavily liberal-leaning makeup means that their impact could be greatly felt in lower-level elections. In California and nationally, this group is more racially diverse and liberal than any generation before it, according to Pew Research Center. According to the 2018 Census Bureau data, in California, voting-eligible 18-29 year olds actually outnumber the over-65 age group. However, the older group is at least 20 percent more likely to vote than the youngest.

In 2018, the citizen voting age population in California was over 25 million, and yet on Nov. 6, 2018, an election with a gubernatorial race, only 50.45 percent of the CVAP exercised their right to vote. California ballot measures garner a similar tally of votes, even though they often represent weighty budgetary and policy decisions that affect millions, such as Propositions 1 and 2 in 2018 that focused on funding for veteran affordable housing and mental health programs.

These policies benefit those who face many obstacles that keep them from demonstrating their support at the polls. Registering to vote is easy enough for those of us privileged enough to have drivers licenses, a permanent address, and an internet connection, but for the poor and homeless, these processes can prove near impossible. Additionally, voting in lower-level elections with less media coverage means the information cost to become informed on the subtle differences between candidates, especially in primaries, means potential voters who have more pressing issues may find themselves out of the loop.

Additionally, while turnout in state-wide elections is ripe for change, city and county elections provide even more agency for young voters. Elections of this size are won and lost by a few thousand votes or less, which means rising turnout amongst young voters can create tangible results beyond increased awareness.

For example, in a special election for a Los Angeles District 12 City Council seat in the summer of 2019, the Republican-leaning candidate won the seat over his Democratic-leaning opponent by only 1,167 votes. In this election, neither candidate received 20,000 votes despite nearly 170,000 registered voters, a common theme for City Council elections in Los Angeles.

Importantly, choosing between two candidates lowers the information cost for many voters, which makes such low turnout numbers especially shocking. But for young voters to make an even stronger impact, primary elections should be targeted as well.

In the 2013 primary elections in LA, only 20.79 percent of the more than 1.8 million registered voters made their preferences for mayor, inarguably the most visible city government official known, and City Council elections saw five of the seven races finish with less than 20,000 total votes cast.

In these elections and thousands more like them every year across the country, the millions of increasingly liberal, educated, and diverse young voters could provide a decisive chunk of support for candidates who will, for example, transfer police funds to better fund social services. By voting at higher rates in both general and primary elections, young voters can not only decide who represents their communities, but also who even gets a chance to in the general election.

As we’ve already seen in Minneapolis, the moves of city councils, along with other local and state-level government actions, can translate the ephemeral movement into lasting policy. To reallocate funds from militarized police stations and sheriff’s offices to social services, we must actively participate in city and community-level government elections.

Photo Courtesy of the City of Los Angeles

One thought on “Mobilizing from Protests to Polling Places”