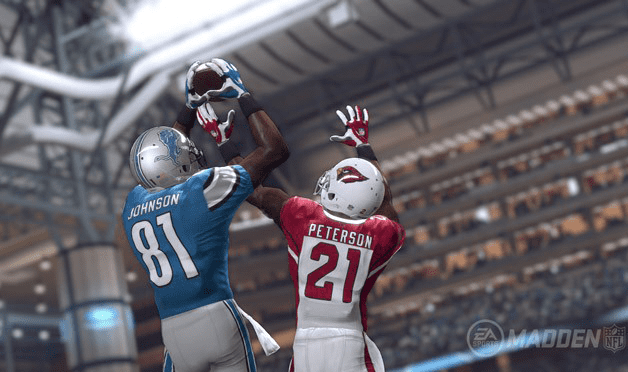 On average, American men and women between 18 and 25 years old spend more time watching esports and online gaming content than traditional sports. While sportswriters have debated whether esports are “real” sports for years, it’s now a legitimate possibility that within our lifetimes, esports could be more popular than any traditional sports.

Nowhere is the comparison between the two more stark than with sports video games, such as “Madden NFL,” “NBA 2K,” and “FIFA,” which many fans are looking to as sports alternatives while all major leagues are shut down. But especially when video games seek to emulate real-life sports and are stretched to their absolute limit by high-level players, the cracks in so-called simulation games make them unsatisfying replacements for real-life sports.

On May 17, Raidel “Joke” Brito won Madden Bowl 20, the most prestigious tournament of the exclusive NFL video game, landing him a cool $65,000; in a display that would make the late 19th-century originators of football proud, Joke passed the ball a total of zero times in his four-match title run. Joke often lined up Washington punter Tress Way at quarterback  — in part because of a certain quicker handoff animation — and offensive linemen at wide receiver.

But none of this is in any way Joke’s fault — he just found a way to play the game in the best way possible, and this is what resulted from that effort. But the bizarre nature of the Madden Bowl shows just how, unlike in sports, high-tier competitive play is often antithetical to entertaining viewing.

Of course, these issues aren’t exclusive to sports video games — nearly every multiplayer video game must constantly issue patches and updates to ensure that there is no one completely dominant strategy to win. But sports gaming has the misfortune of trying to emulate something we’re all familiar with in real life — “League of Legends” and “Fortnite” need to be balanced, sure, but they have no need to seem “real.”

So games like “Madden” and “NBA 2K” need to balance games to be both fair and realistic, and those goals might often come into conflict. And no matter how much developers try to balance their games, players like Joke — who likely know games’ optimal strategies better than many of the people who created them — are always going to find ways to bend the game to their will.

There are also technical limits to perfecting a sports video game that are obvious to even casual players — chiefly, that there are a noticeably finite amount of things that can happen. Developers need to create animations for every action that a player can take, and even with the thousands of animations in the game, they still introduce a perceptible brittleness to games.

It isn’t uncommon to see someone complain about “a bad animation” on a layup in “2K” or on a catch in “Madden”, indicating frustration that the outcome of a play seems randomly chosen from a list of possible events rather than a result of their actions. The feeling of randomness that comes with these games, combined with the impossibility of perfect balance make for games that are ripe to be broken, and when it’s handed to players like Joke who make a living from breaking them, it leads to an ostensible spectator sports that is just not all that fun to watch.

So is this a problem that will fade away with time and increasing technical ability? It’s easy to imagine the objections of players now are just an advanced version of the likely objections of “Tecmo Bowl” players in 1987 that Bo Jackson could score fairly easily on every play. And as we move into a new generation of stunning progress in video games, it’s likely that a lot of the aforementioned problems will be mitigated and hopefully unnoticeable for casual players.

But as speedrunners, modders, or any of the other mostly unpaid and online gaming communities that use their shared knowledge and creativity to push games to their absolute breaking points can tell us, given the time and incentive, high-level players will always win that game against developers.

Just from a game theory perspective, the ability to root out unintended dominant strategies within a game as complex as “Madden” is mind-bogglingly hard; the ability to do so while still remaining faithful to the style of real sports is bordering on impossible. Most sports video games have virtually no competition, which certainly doesn’t help speed this process along, either.)

None of this is to say that sports video games aren’t fun; for the majority of us who love sports but can’t make a three-pointer to save our lives, they’re a unique way to engage with sports, especially when sports are off the air. But even as esports rise to challenge — and possibly surpass — many traditional sports, it’s unlikely they will ever defeat traditional sports on their home turf. In other words, it’s hard to see how developers could make a sports video game that’s more fun to watch than the sport it’s based on.

No matter whether sports video games fail to simulate reality or are tied down by it, they struggle to capture the unpredictability, infinite possibilities, and overall magic that real-life sports can offer, no programming needed.

One thought on “Competitive Sports Gaming Lags Behind in ESports World”