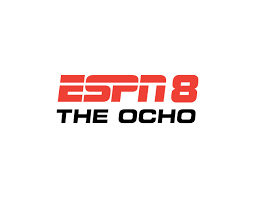 Sports make up an industry worth tens-of-billions-of dollars in the United States alone, and a massive machine of media has arisen to meet the popular demand for sports content. So what happens when that entire industry grinds to a halt? For the past month, as all of the world’s major sports suspended play, the scramble of the sports media to satiate the appetite of hungry sports fans has taken us in some interesting, and uniquely modern directions.

One avenue that many sports networks have taken to is the re-broadcasting of old sports games. For example, on March 28, ESPN spent an entire day showing rare 20-strikeout pitching performances from its archive; ESPN has also been airing past NBA Finals games featuring new Hall of Famers Kobe Bryant and Kevin Garnett. In some ways, it’s interesting to see some of these old games, especially if you have a sense of nostalgia about them, and if nothing else, the changes in the ways in which games are presented and played are also noteworthy. But on the other hand, people watch sports for the thrill of uncertainty and to find out how the story ends – if you already know how a game ended, then what’s the point of spending three hours watching it?

A more 21st-century way to fill viewers’ need to watch athletes compete are the multiple video game competitions that the NBA, NFL, and MLB put on, with players competing from the comfort of their homes. While the MLB and NFL put on fairly low-key events with only a few players participating, the NBA’s “2K20” tournament features 16 players, including a few All-Stars. To their credit, the tournaments provide some level of sports action and feature some of the personalities we know and love, but at the end of the day, there really is no comparison between real sports and a video game, no matter how good the graphics are. And what does it mean that Derwin James can beat Tyreek Hill 52–3 at “Madden”? I have absolutely no idea, and neither do you.

Personally, my favorite alternative programming during this period has been the weird, unheard of sports from the fringes of society encapsulated in the single greatest recurring day of sports broadcasting – ESPN’s “The Ocho,” inspired by a joke from the film “DodgeBall” where the sport airs on a fictional ESPN 8. While “The Ocho” usually only airs on August 8th (8/8), a special edition aired on March 22, and it lived up to the hype. Bratwurst-eating competitions, marble racing, cherry pit spitting, European tram racing: if you couldn’t name it, they aired it. These competitions just prove that given a storyline approximating that of a sport, just about anything can appeal to the same emotional hole that sports fills. Yet there’s only so much cup stacking you can watch until you realize why nobody has ever heard of these sports before.

There are possibly months to go before any major leagues reopen for games, with the exception of the quasi-sport WWE, whose events without the raucous crowds have the energy of a particularly intense high school theater production, so we’re probably going to have to endure a lot more time without sports. And while this is just about the least important story in the world right now, the first gap in sports of this size since World War II will prove a fascinating footnote in the annals of sports history.